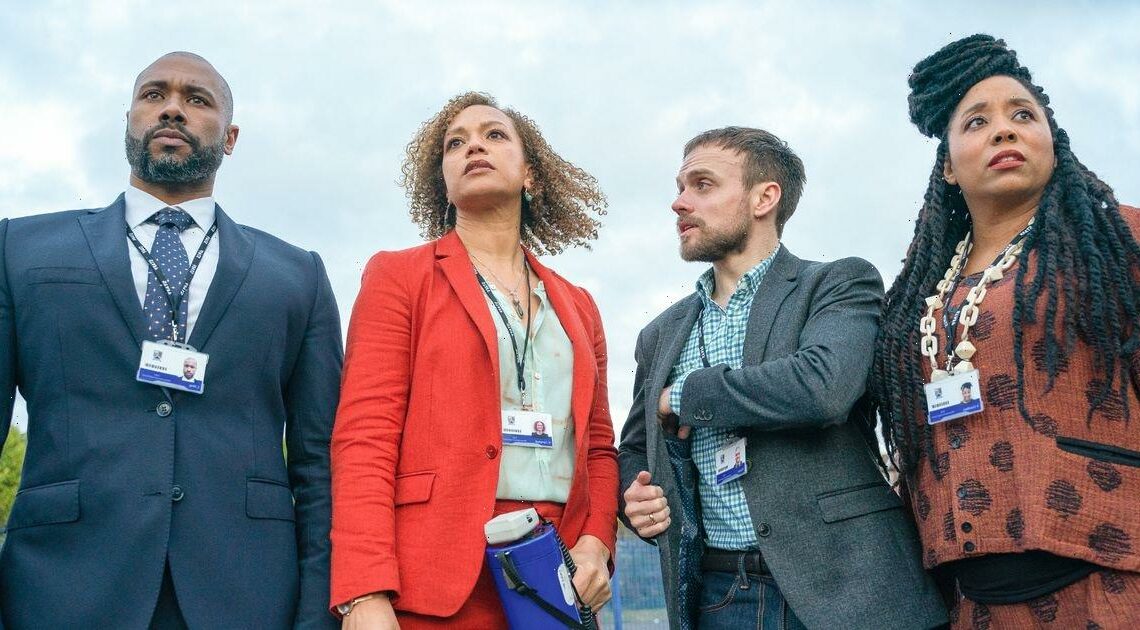 In the wake of Waterloo Road returning to our screens after a seven-year hiatus, fans have taken to social media to share their thoughts on the new season – with some slamming the "woke" storylines featuring in episode one.

The well-loved TV show first aired in 2006 and came to an end after 200 episodes.

Much to fans' delight, it was announced in 2021 that the series would be back once again, with the first episode of the 11th series airing on BBC One on Tuesday 3 January.

A host of new faces have joined the cast – including Ryan Thomas’ daughter Scarlett and Kym Marsh – as well as original cast members such as Adam Thomas (who plays Donte Charles) and Katie Griffiths (Chlo Grainger) returning.

Following its highly anticipated return last night, the show has received mixed reviews from its viewers, with some labelling it as being too “woke”.

The series opener saw headteacher Kim Campbell, played by Angela Griffin, and fellow staff struggling to control pupils who were protesting at the fact the school was named William Beswick, after a slave trader.

The protest soon got out of hand when paint was brought onto the premises, and someone else was knocked over by a car in the fracas – with the character later dying.

As the debate got underway, pupils and teachers alike discussed topics including racism, cancel culture and "snowflake" reactions.

Taking to Twitter as the episode aired, one person wrote: “I lasted 17mins before turning over. Pure box ticking exercise by the BBC. Trying to diverse to the limit. Completely woke and agenda pushing!”

Another said: “What a load of garbage #WaterlooRoad is. Woke, too political, and killing off one of your returning characters on the first episode is a pretty shitty move, particularly when they’re the reason many of us bothered to tune in anyway. Won’t be watching any more.”

“So in the space of five minutes @bbc has turned the formerly brilliant #WaterlooRoad into a PC woke joke. It’s almost like they had a form of tick box themes that had to be included,” added a third.

Meanwhile, others came to the show’s defence noting that Waterloo Road has “always tackled relevant issues”.

Someone said: “Sorry, people complaining #WaterlooRoad remake is ‘woke’… did… did you even watch the og series where they always tackled difficult and relevant issues head on?”

Echoing similar sentiments, someone else said: “Everyone saying this is ‘woke’ clearly didn’t watch the previous 10 series #WaterlooRoad.”

Another person went on: “The people moaning about #WaterlooRoad calling it woke [palm face emoji] It has always dealt with social issues. barely 10 minutes in people were complaining cos 1 of the issues in the episode featured racism, some disabled people and other minorities in an inner city school?! Shock horror.”

It’s fair to say that Waterloo Road came back with a bang, with the showkilling off one of its main characters in the first episode.

Original characters Donte and Chlo left in season four to raise their baby daughter, and in what brought the new series full circle, returned to send Scarlett to school at Waterloo Road.

Sadly, after the riot broke out, a car accident that left Chlo with a sprained wrist, the character suddenly collapsed at home.

A panicked Donte rushed his wife to hospital with their two children in tow, but the doctors broke the news in the episode's last moments that Chlo didn't make it.