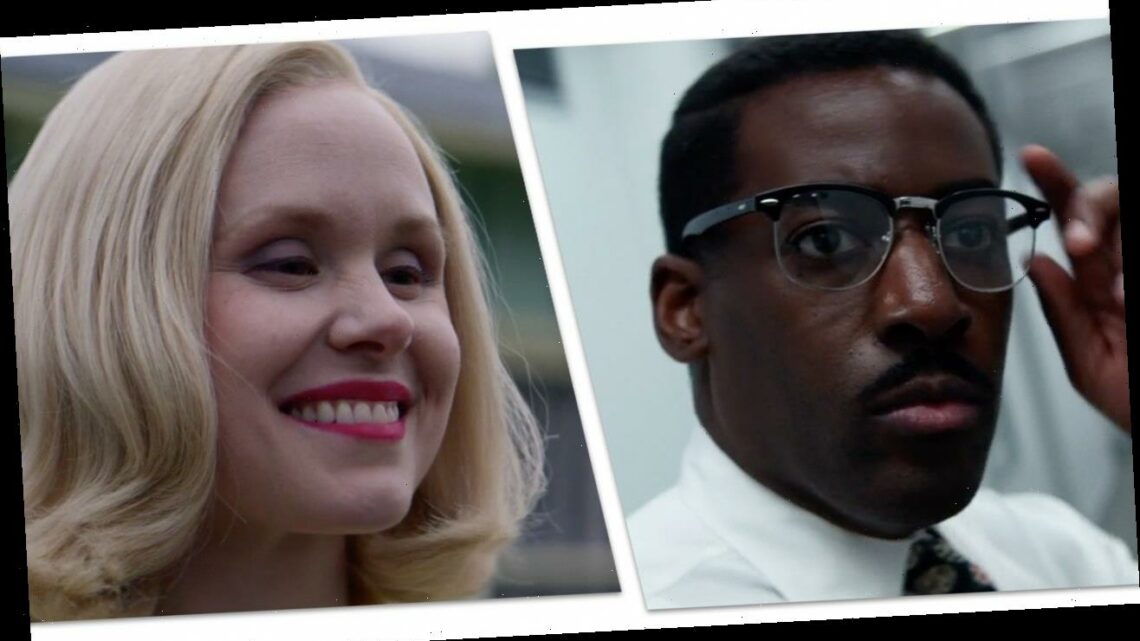 Watch Ashley Thomas and Alison Pill in Terrifying Teasers for 'Them'

Them, which explores terror in America, continues to fright with each new look at creator Little Marvin’s anthology Amazon series ahead of its April premiere. Now, ET can exclusively debut two terrifying new teasers starring Ashley Thomas and Alison Pill.

Set in the 1950s during a period in American history known as the Great Migration, season 1 follows a Black family named the Emorys as they move from North Carolina to Compton, a previously all-white neighborhood in Los Angeles, California, to escape ongoing racial segregation and discrimination in the Southern states where Jim Crow laws are still upheld.

Not long after settling into the sunny California suburb, however, “the family’s idyllic home becomes ground zero where malevolent forces, next-door and otherworldly, threaten to taunt, ravage and destroy them.”

Thomas, also known as Bashy onstage in the U.K., plays Henry Emory, who, along with his wife, Liva (Deborah Ayorinde), is overcoming a devastating tragedy. And in the first teaser, the caring father and husband finds himself facing down terrors at his new job as well as his California home.

The second teaser features a closer look at Pill, who plays Betty Wendell, a white woman and ringleader of the local housewives who is not so fond of the fact that their new neighbors are Black. As her rage takes over, her potential for evil seems relentless.

The character videos follow the first twisted teaser, which previewed the mix of terrors that the family will face. The emphasis on terror over horror is a pointed decision by Marvin, who was inspired by seeing video after video of Black people being terrorized or traumatized in some way.

“Terror is something that we’ve all experienced,” Marvin said. And while making the show, he said the team would constantly ask themselves, “What terrifies you more: That sound down in the basement that you can’t explain or that neighbor at the end of the block who’s been staring at your house every single day?”

Them premieres April 9 on Amazon.