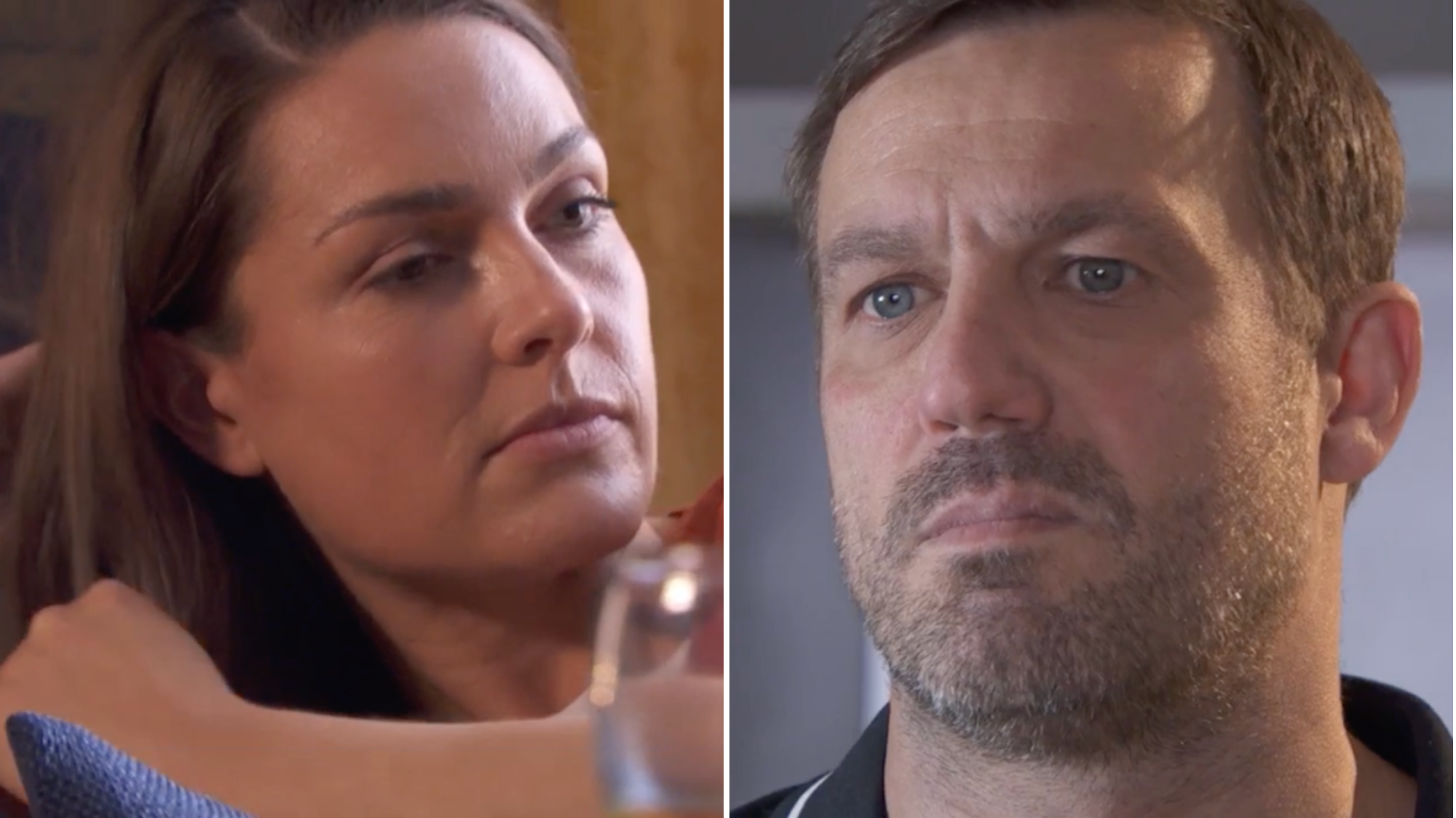 Warren Fox (Jamie Lomas) is playing Sienna Blake (Anna Passey) at her own game in Hollyoaks, as he’s started to poison her while playing the long game, with his goal being ultimately murder.

The hard-man, as viewers know, was almost killed by Sienna himself, after she attempted to poison him in a bid to get him to confess to Brody Hudson’s (Adam Woodward) murder.

She succeeded in getting a confession, but Warren fought back, prompting Damon Kinsella (Jacob Roberts) to attack him in an effort to save Sienna.

Warren, however, was thought to be dead, leaving Sienna and Damon with little choice but to cover up the ‘murder’. Little did they know however, that Norma Crow (Glynis Barber) rescued Warren from death!

Warren returned earlier this week, claiming to have amnesia, much to Sienna’s relief, unaware that he’s actually just told her that he’s biding his time, working with The Undertaker to destroy her.

Sienna is intent on bringing him to justice for what he did to Brody, but has promised Liberty Savage (Jessamy Stoddart) that violence is off the table this time.

She may, however, come to regret such a promise, as Warren has started to turn the tables, aware that he can’t trust Sienna not to make a move on him before he gets to do so on her, and thus he decided to resort to drugging her!

‘Al little bit of poison should do the trick,’ he told Norma. ‘She’ll get weaker and weaker, until the day I’m finally ready. The day that I feel safe.

Viewers could see Warren replacing Sienna’s glass of wine with another, one which presumably contains drugs.

Will Siena work out what Warren is up to before it’s too late? Will she reclaim the upper hand? Or is this really the end of the road?

Will Warren succeed in his mission and kill the woman he previously branded the love of his life?

Hollyoaks continues Thursday August 4 at 7pm on E4, or catch the next episode on All4 from midnight.