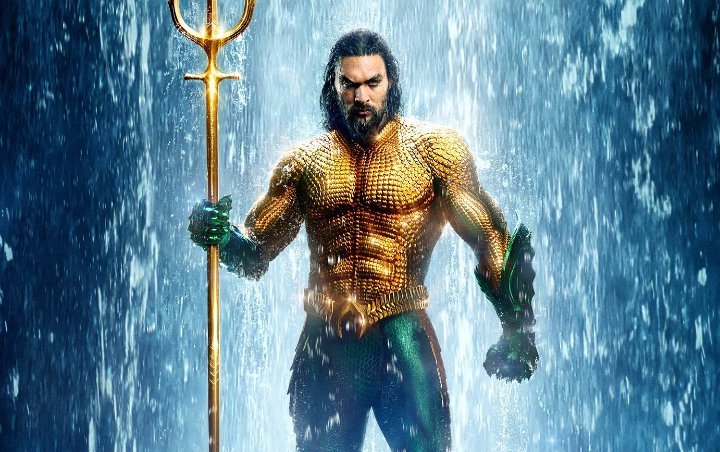 AceShowbiz –
“Aquaman” is yet to play in theaters, but Warner Bros. Pictures has reportedly already planned its sequel. Words are the studio has given a vote of confidence to the film after early projections predict that the film will rack up $65 million in its domestic debut.

The number will be enough to put the Jason Momoa-led flick ahead of “Mary Poppins Returns” and “Transformers” spin-off “Bumblebee” in the weekly race in North America. In The Hollywood Reporter’s profile on the movie star Amber Heard, the site reports that “that number gave Warner Bros. Pictures Group chairman Toby Emmerich enough confidence to begin talks on a sequel.”


The outlet notes though that “no writer has been commissioned yet,” meaning the planned sequel is still very early in development. The main cast, including Momoa and Heard, are expected to return, with the actress reportedly going to get a significant increase from her low-seven-figure salary for the first movie.

“Aquaman” director James Wan admits that Heard’s character Mera has a significant role in the movie. After making her entrance, Mera appears in nearly every scene in the film. “Amber and I would always joke that the movie should be called ‘The Adventures of Mera With Her Sidekick Aquaman’,” he says. “She has way more superpowers.”

Her co-star and lead actor Momoa also praises Heard for her strength to meet the physical demands of the film. “I really just assumed she would b***h. Like, I whine and moan and cry more than she does,” he shares. “She was such a trooper.”

“Aquaman” follows half-Atlantean and half-human Arthur Curry, who was born to a lighthouse keeper (Temuera Morrison) and a runway Atlantean Queen Atlanna (Nicole Kidman). Raised on the surface, Arthur discovers his connection to undersea life as a kid and uses his powers to fight undersea pirates as an adult.

When Arthur’s half-brother King Orm (Patrick Wilson) is about to declare war on the surface world, Mera, a princess of Xebel, one of the seven underwater kingdoms of Atlantis, finds him to convince him to claim his throne as the King of Atlantis. Initially reluctant, Arthur agrees to challenge King Orm to protect his “home” and the people he loves.

Also starring Willem Dafoe, Dolph Lundgren, Yahya Abdul-Mateen II and Julie Andrews, the movie is set to bow in the U.S. on December 14.