Home » TV & Movies » War, art and obsession: inside the intriguing life of the most popular artist in the world 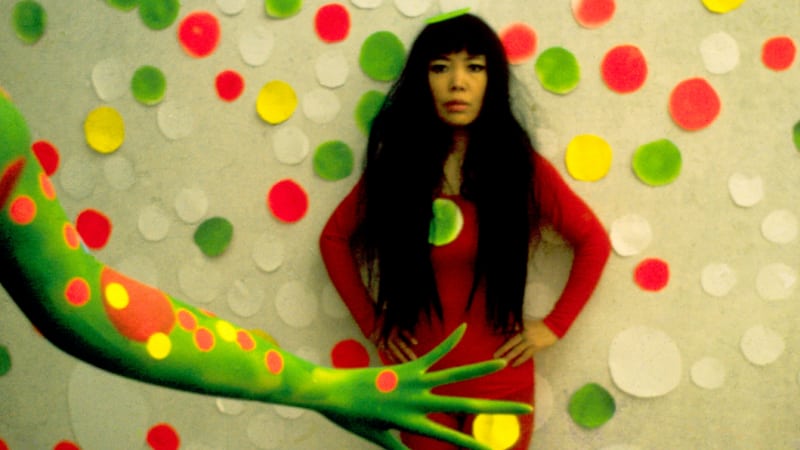 War, art and obsession: inside the intriguing life of the most popular artist in the world 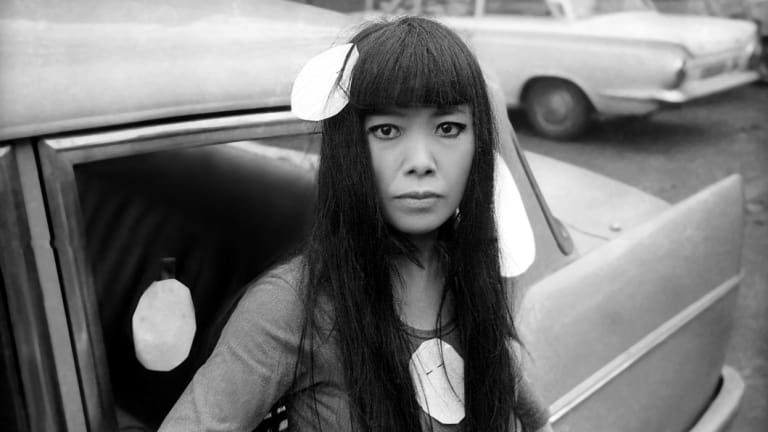 At 89 years old, Yayoi Kusama is officially the most popular artist in the world.

In the past five years, more than 5 million visitors have queued at museums to see her stuffed phalluses and pumpkins, mirrored rooms and expanses of brightly coloured spots.

She recently opened her own five-storey gallery in Tokyo.

The artist herself, dressed like one of her installations in psychedelic spots and trademark red wig, is immediately recognisable. She no longer gives interviews, despite having always been quite keen to promote herself. She now doesn’t need to. 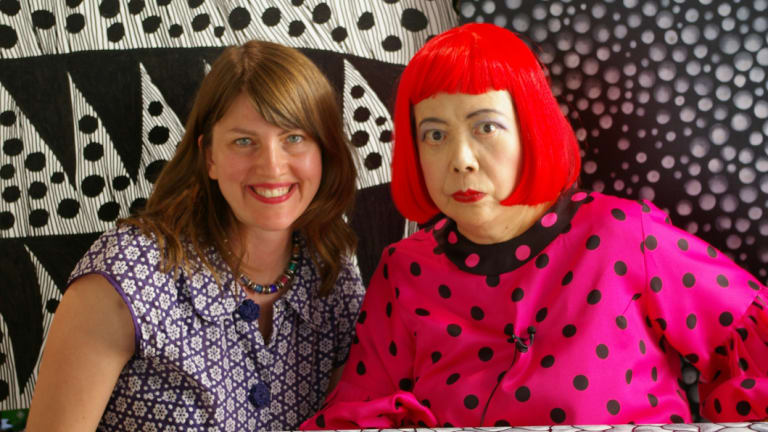 Things were not ever thus, however, as Heather Lenz sets out to show in her documentary Kusama: Infinity. They were not thus even as recently as 2001, when Lenz first pitched the idea for this documentary to producers and was told, according to earlier interviews, that the idea was “too arty”, that nobody knew Kusama and that, anyway, nobody wanted to watch a film about a woman artist.

“I was still earning my film degree and they had very detailed practical questions about which movie theatres the film would be shown in,” Lenz says.

“They really didn’t understand the concept of independent film, so it took quite a while.” 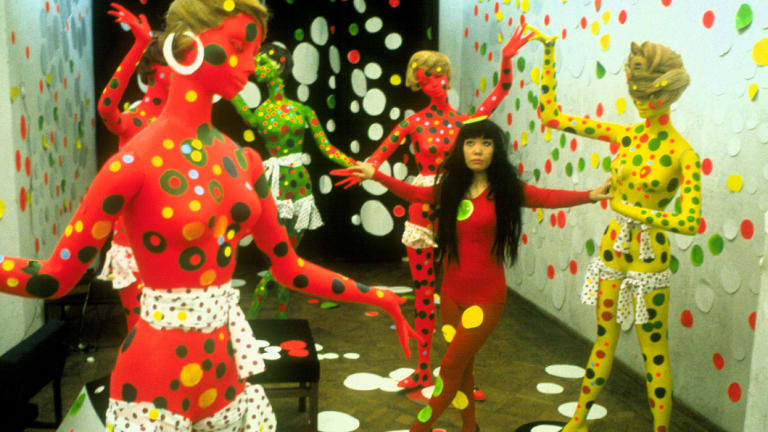 The curious thing was that Kusama had been famous before. In 1958, the artist somehow steamrolled her conservative parents into lending her money to go to New York.

She was then 29. Her English was poor and, very soon, so was she.

Nevertheless, Kusama managed to live on a bowl of rice a day, chased dealers for loans – “she was in survival mode,” says Lenz – and persisted with art, creating increasingly ambitious shows involving soft sculpture and her trademark halls of mirrors. 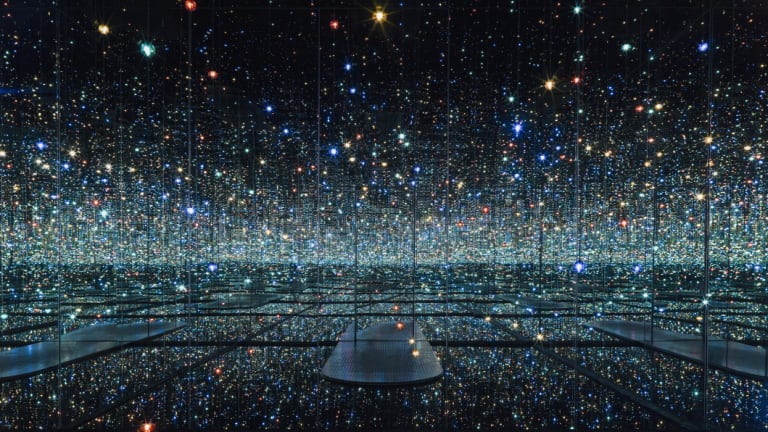 She also staged a series of scandalous happenings, where she painted the bodies of naked dancers; the summer of love made her as notorious as Warhol.

That momentum soon faded, however, leaving her poorer than ever. In 1973 she returned to Japan, planning to become an art dealer.

Lenz had studied art history and her view was that Kusama, who was an art-world interloper twice over as a woman and Japanese, had simply been written out of the records. 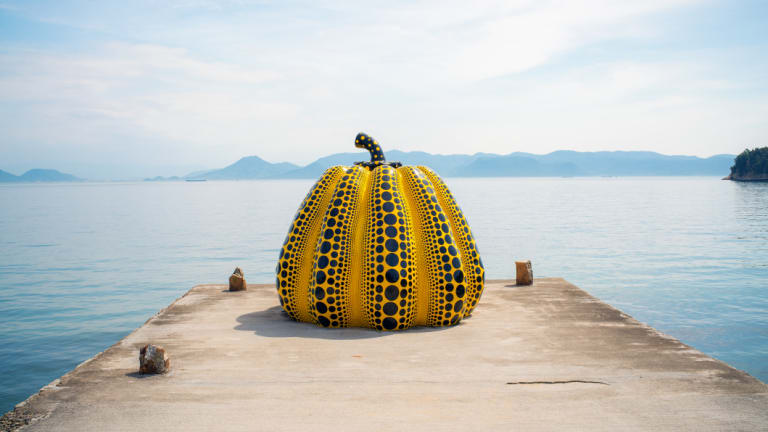 Kusama herself maintains that ideas such as her soft sculptures were simply lifted by other artists – always male artists, in that instance Claes Oldenburg – who passed them off as their own and were duly garlanded by the critics. 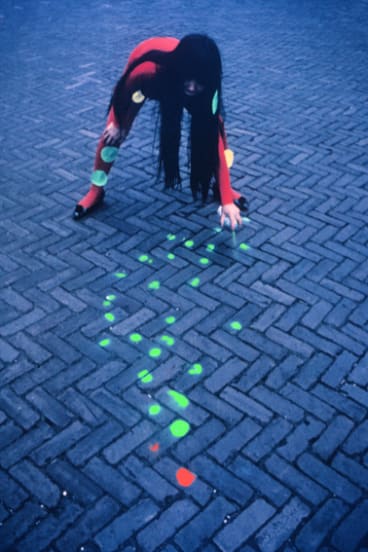 “I am definitely proud of that part of the film and that I could [reveal] that,” she says. “Recently I had the opportunity to show the film at a college and I had a male art professor tell me it is going to change the way he teaches his class. I thought that was very exciting.”

Others simply don’t want to believe it: “They know what they know, I guess," says Lenz.

Kusama: Infinity presents a woman who is a puzzling mix of steely determination and mental instability. Even as a child, Kusama experienced overwhelming hallucinations – hearing the flowers in her father’s nursery business talking back to her as she drew them, for example – which turned out to be a harbinger of periodic mental breakdowns as an adult. She tried to kill herself more than once in New York.

Returning to Japan, Kusama was hospitalised repeatedly until, in 1977, she checked in for good.

Every day she leaves the hospital to go to her studio across the road.

Lenz’s favourite works of hers are the collages she made during those breakdown years in the '70s. 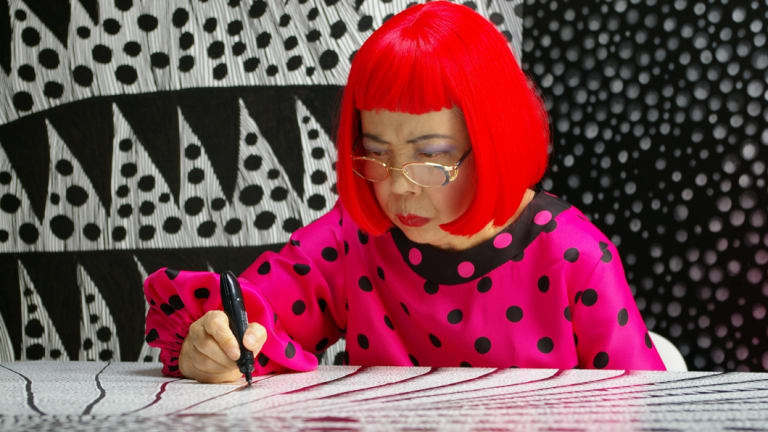 Kusama had herself committed decades ago, and works in her studio every day.

“Those are some of her lesser-known works,” says Lenz.

“Partly what I love about them is that she didn’t have a ton of resources at the time, but here she managed to take what she had supplied – some magazines, paper, glue, ink – and transform it into these very, very poetic works.”

She was willing to really risk everything

Over the next decade, Kusama's large, colourful, intricately patterned work would find its moment, its audience and its critical champions.

In 1993, she became the first woman to represent Japan at the Venice Biennale. Subsequent shows in New York and London established her as a household name. 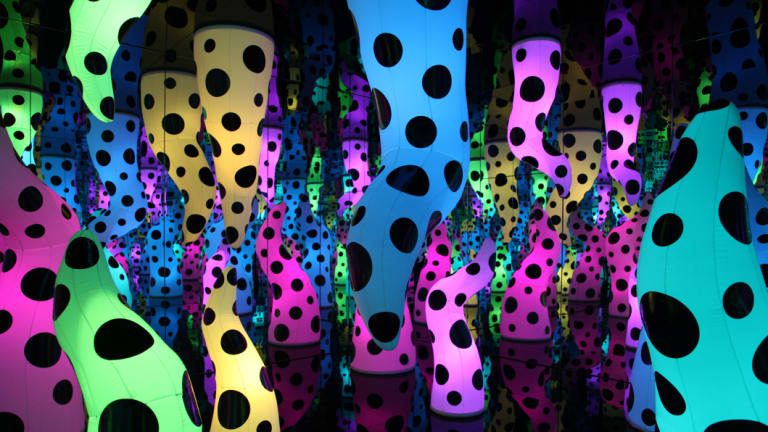 As a schoolgirl during the Second World War, the artist worked in a parachute factory. Lenz believes the war scarred Kusama psychologically, contributing to her mental instability and fuelling her determination to stage her anti-war "happenings" in the '60s.

“I married into a Japanese family,” says Lenz. “My husband’s grandfather was killed when the atomic bomb fell on Hiroshima, so I was part of a family who helped me better understand the long-lasting trauma of being in the war.” 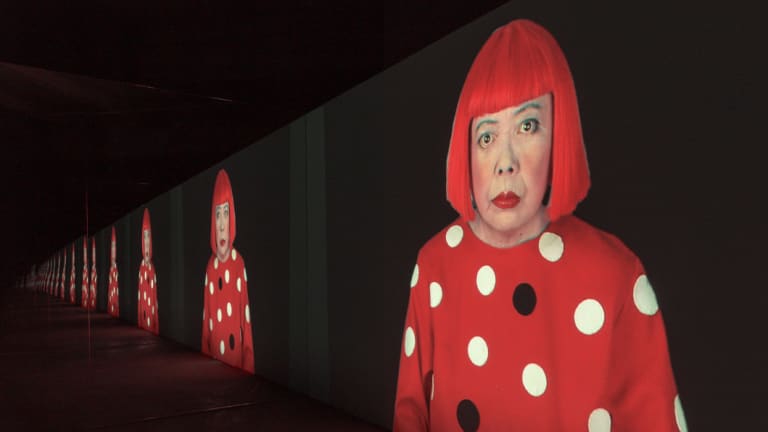 A still from the film.Credit:Madman Films

From her husband, Lenz learnt a Japanese proverb – “The nail that stands out shall be hammered down” – that proved key to her understanding of her subject.

“Kusama wanted to follow a very unusual path for a Japanese woman, especially at the time,” says Lenz.

“For her to do that was very bold. Obviously, no one understood. Even when she came back to Japan, she was still being criticised for the decisions she had made. The bottom line is that she was willing to really risk everything.”