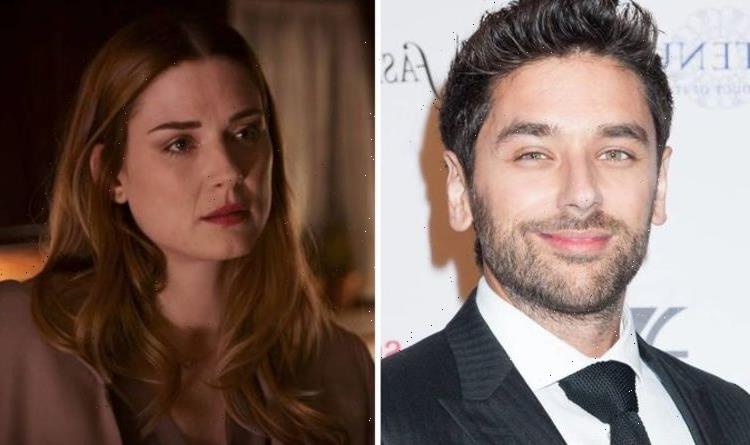 Virgin River season 4 cast: Who has joined the cast?

Alexandra Breckenridge dancing on the set of Virgin River season 4

Virgin River season three was filled to the brim with drama from a hurricane and a divorce, to a funeral and a major cliffhanger. The hit Netflix series quickly got renewed for a fourth outing by the streaming service so the stories of those living in the supposedly quiet town of Virgin River aren’t quite over yet. Even more suspense is expected in the new episodes with two new people joining the community but what will they bring to the table?

Who has joined the cast of Virgin River season 4?

The creators of Virgin River have cast two new actors as series regulars ahead of season four.

The first of which is actor Mark Ghanimé who will portray Dr Cameron Hayek.

According to Deadline, Cameron will be the town’s new “dashing” physician and is expected to go down a storm with the women in Virgin River.

With his good looks and “razor-sharp intellect” Cameron is bound to cause some trouble.

Cameron will be played by Lebanese-Canadian actor Mark Ghanimé.

He is probably best known for playing Major Sergio Balleseros in the Syfy original series Helix and Don Carlos in The CW drama Reign.

Some of his other work includes The Wedding Planners, Private Eyes, Soldiers of the Apocalypse and The Bold Type.

Fans are just going to have to wait and see how Cameron’s presence will affect the town.

Someone who will cause a stir right from the get-go in Virgin River is actor Kai Bradbury.

He is taking on the role of Denny Cutler, Doc Mullins’ (Tim Matheson) long-lost grandson.

Denny recently learned about Doc and went to Virgin River to try and form a bond with his grandfather.

However, Doc’s grandson has a dark secret that could impact everything.

Actor Kai Bradbury is reasonably new to the acting world but does have some credits under his belt.

He has had minor roles in The Man in the High Castle, Untold Stories of the ER, Supernatural and Family Law.

His biggest role to date has been in Freeform’s Motherland: Fort Salem as Gerit Buttonwood in 2020.

Bradbury’s other big break was in The CW drama Warigami in 2019 as Vincent Ohata.

When Virgin River season four does come to an end, there is no need to worry.

The romantic drama was given a 20-episode order by Netflix earlier this year.

So there will definitely be a season five on the horizon once series four is done and dusted with.

Virgin River seasons 1-3 are available to watch on Netflix.

Queen is spotted driving around the Windsor estate
World News