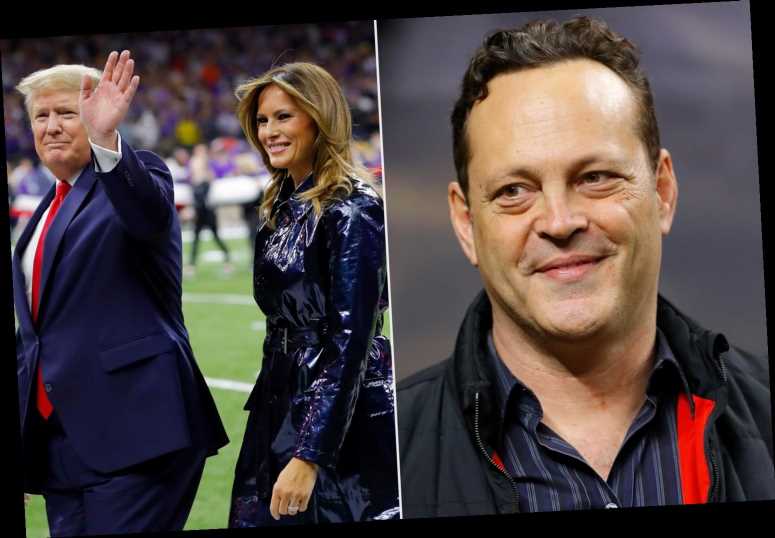 Vince Vaughn Defends Video of Him Shaking Hands with Trump: 'I've Always Been Cordial' to Politicians A handshake doesn't mean an endorsement to Vince Vaughn.

The actor came under fire in January when he was seen shaking hands with President Donald Trump after chatting with him and First Lady Melania Trump at the college football national championship game.

The vocally Libertarian actor cleared the air in an interview with The Los Angeles Times months after many expressed anger at Vaughn for being chummy with the controversial president. Despite their friendly chat, Vaughn actually backed Rand Paul in the 2016 election rather than his seatmate.

"In my career I’ve met a lot of politicians who I’ve always been cordial to; I’ve met Nancy Pelosi and was cordial to her as well," Vaughn told the newspaper. "It was the only time I’ve ever met him. We said hello. He was very personable. I didn’t get into policies."

"I think people are more charged than ever about these things," he continued. "But I don’t think most people take that stuff as seriously as the small percentage that’s making noise about it. I was raised with the idea that you could have different likes and beliefs and you should respect and defend that in other people, not shout it down. The people you disagree with the most, you should stand up for their right to do that."

In the viral video, Trump seemed engrossed in conversation with Vaughn, who was seated on the other side of Mrs. Trump. The first lady, meanwhile, appeared to largely keep quiet.

The Breakup star, 50, was seen smiling as Trump, 74, happily shook his hand following their catch-up session, which was captured in a video shared on Twitter.

Vaugh plays a serial killer who body swaps with a high school student in his new film, Freaky, which is now playing in theaters.

Holly Willoughby vs Phillip Schofield: How This Morning presenters made their fortune