Home » TV & Movies » Vikings: Why did the Vikings decorate their shields? 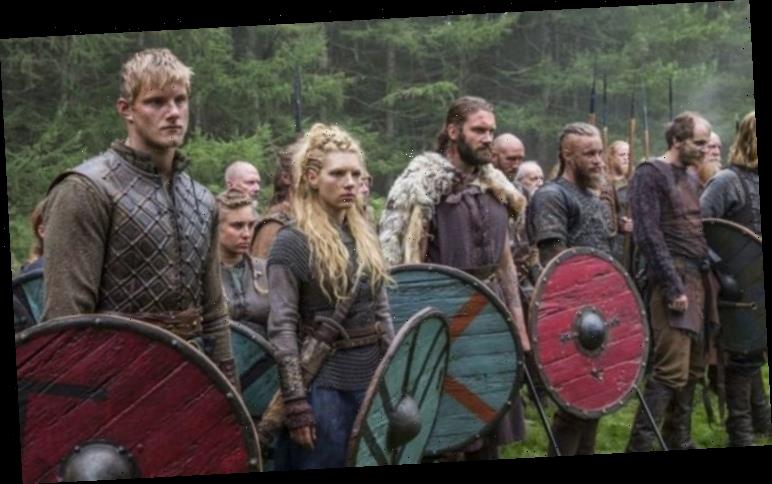 Vikings: Why did the Vikings decorate their shields?

Over the past six season of Vikings, there have been numerous huge battles and there are plenty more to come as the show comes to an end. As seen in the series, the Vikings use shields during battles which they use to form ‘shield wall’ and also protect themselves during battle. Why did the Vikings decorate their shields? Express.co.uk has everything you need to know.

Why did the Vikings decorate their shields?

Shields were a vital part of Viking armour during battle, mainly as a form of defence.

As seen in the series, Viking warriors would often form shield walls which would then be broken open from the back, down through the middle as they launched attacks on their enemies.

The material used to construct the Viking shield varied from wood such as linden and pine to iron and also in size.

According to Norse sagas and laws, Norse men were required to own their own weapons and carry them at all times. 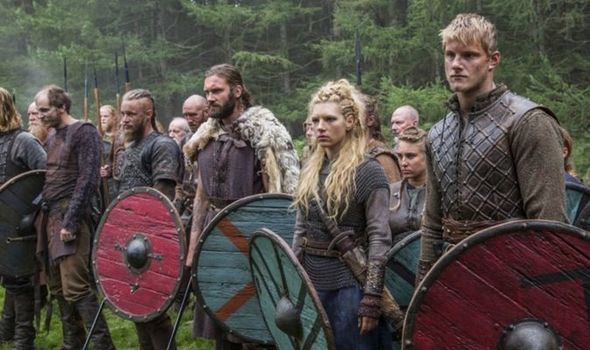 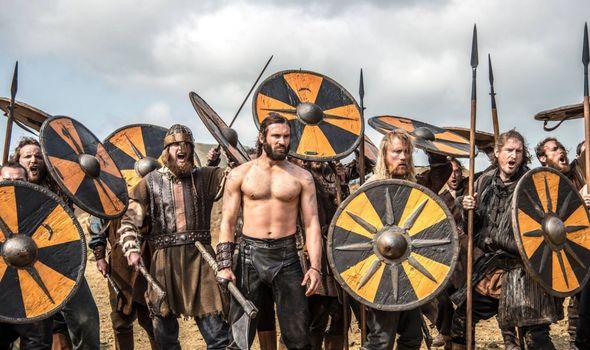 A wealthy Viking would most likely carry a spear, wooden shield, battle axe or a sword, depending on their social class.

Only a few real Viking shields have survived from the Viking Age, which has inspired the shields seen in History series.

The most impressive and largest collection of Viking shields were recovered from a burial site at Gokstad, Norway.

Amongst the burial site, 64 round shields were uncovered, which had been painted in yellow and blue stripes.

In Vikings, Aslaug (played by Alyssa Sutherland) and her warriors have yellow and blue shields and Lagertha’s (Katheryn Winnick) warriors have green and black shields.

King Harald (Peter Franzén) and his Norwegian follow also have shields with yellow and black.

On the other hand, Ivar the Boneless (Alex Høgh Andersen) is often seen carrying a red shield with a black swirl.

However, in many battle scenes, the warriors have a variety of different shields with different colours and patterns.

This is because Viking shields were unique to each warrior.

Speaking to Set Decorators.org, Vikings set designer Jill Turner revealed 250 shields made and painted in individual designs and numerous 5ft diameter shields were made to be hung in the Great Hall and exterior Viking sets. 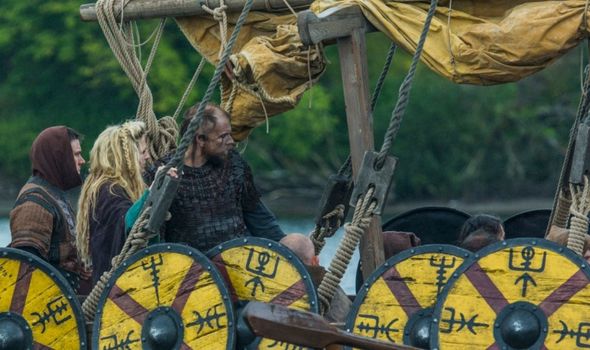 Turner said: “There was the question of colours and designs for each shield.

“Each raider’s shield is unique, painted in different colours, patterns and motifs.

“My assistant decorator Aine Smith and I set about trying to create a colour tone and mood for all the shields.

“We went for a muted colour range with not too much Celtic design incorporated. 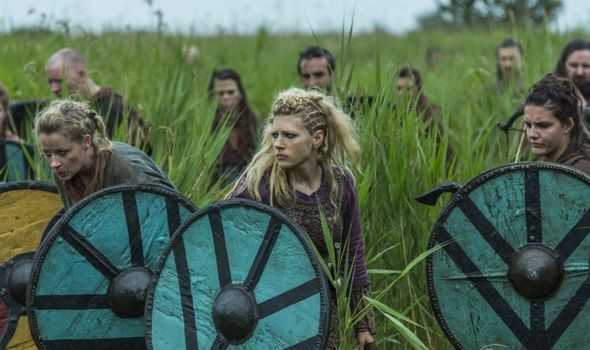 “I felt that they would be very distracting considering that they were so large and would feature so heavily on the show.

“So we designed 250 shields in different colours and patterns…quite a labour-intensive, as you can imagine.

Often, Viking shields were decorated with colour to show the enemy their identity and loyalty.

Shields were also decorated with runes or symbols with the Vikings believed would hopefully bring them victory in battle.

Katherine Holman in her book, Historical Dictionary of the Vikings, explains some Viking shield even featured skaldic poetry.

Historical blog, Sons of Vikings, suggests paint offered weather protection and helped secure the weak points of the shield which were not covered by leather or linen.

Do You Know Why October 3 Is 'Mean Girls' Day?
World News