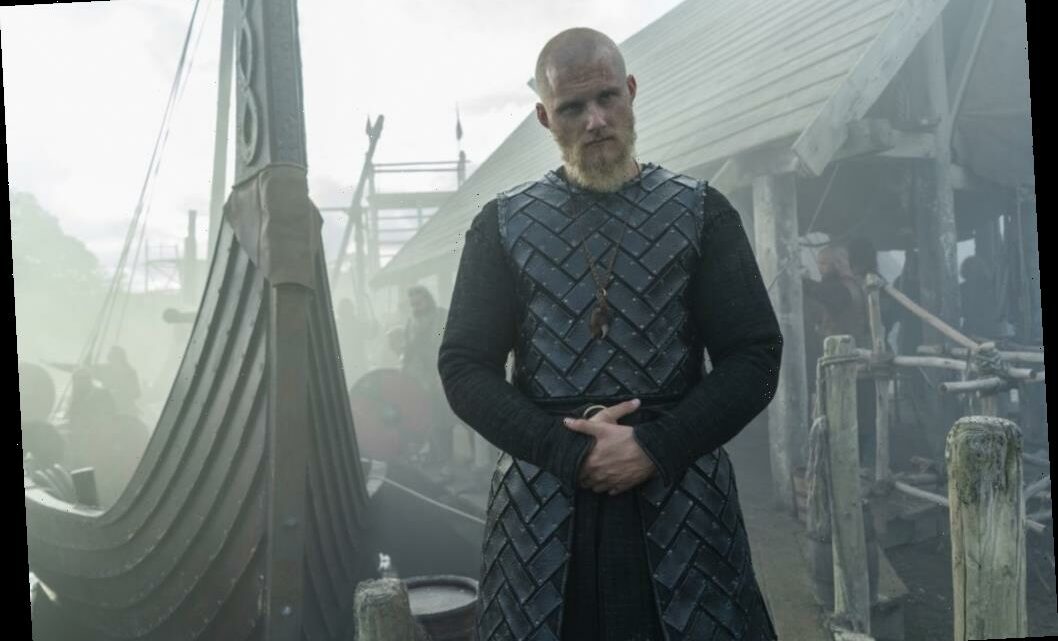 'Vikings' Season 6B: Does Bjorn Ironside Survive the Final Season?

One of the biggest questions going into the final season of Vikings involves the fate of Bjorn Ironside (Alexander Ludwig). Fans will learn what happened after the major battle with the Rus Vikings. Will Bjorn live after being stabbed?

Vikings season 6B premiered on Amazon Prime Video on December 30 ahead of its premiere on History. Fans can now binge the final 10 episodes to their heart’s content, but a major question looming is what will become of Bjorn?

In the mid-season finale of ‘Vikings’, Bjorn Ironside is stabbed

In episode 10 of season 6, the Rus Vikings descend on Scandinavia on the orders of Prince Oleg (Danila Kozlovsky). Both Ivar (Alex Høgh Andersen) and Hvitserk (Marco Ilsø) have allied with him, and they go up against Bjorn and the rest of the Vikings.

A massive battle takes place, and at one point, it looks like Ivar stabs Bjorn on the beach. However, Ivar is supposed to be somewhere else at the time. In a new clip shown at San Diego [email protected] 2020, it was revealed that Bjorn somehow still makes it from the wound, and he rides out on his horse toward the Rus army.

Bjorn is still badly wounded in season 6B

In the first episode of the new season, it becomes apparent that Bjorn is seriously hurt and will not survive for long. Everyone seems to think Ivar killed him, and that he couldn’t have survived. However, Ivar most likely didn’t deal Bjorn the blow, it was someone else, as he was somewhere fighting elsewhere at the time.

Bjorn struggles to hold onto life in Kattegat where he is brought back. His wives, Gunnhild (Ragga Ragnars) and Ingrid (Lucy Martin) struggle as they hope that somehow Bjorn can make it. King Hakon (Mishaël Lopes Cardozo) arrives with reinforcements, but he goes to Prince Oleg (Danila Kozlovsky) and tells him that Bjorn is dead, in an apparent plan already in place. However, he’s killed shortly after relaying the information, but he’s already completed the plan to make them all think Bjorn is dead when he still lives.

Bjorn sacrifices himself to save everyone

The plan comes to fruition when Bjorn rides out on his horse seriously wounded to meet the Rus ahead of his army. It really scares the Rus who believe him to be dead.

“He is a dead man,” Ganbaatar (Andrei Claude), a captain in Oleg’s army says. “This is some kind of trick. And I will prove it.” He shoots Bjorn with three arrows and says, “You see! He’s dead.”

However, Bjorn manages to unsheathe the Sword of Kings. “It’s impossible,” Ivar says, while Hvitserk replies, “I told you Ivar. You can’t kill him.”

“He’s not a god,” Ivar tells him, but his brother assures him, “Neither are you.”

Bjorn lifts the sword into the air and at this point, the rest of his army behind him and directly behind the Rus army show up. All the important people in Norway answered Bjorn’s summons for help, and together they stand their ground. The fact that Bjorn is still alive really freaks the Rus out, and many retreat while others are forced to fight.

The Vikings win the battle, and the Rus leave in defeat. Bjorn doesn’t make it from his wounds though, but he’s given a grand burial and he’s propped up on his horse with his sword in the air attached to a metal chain keeping it upright. It all happens in the first episode of season 6B, so unfortunately, Bjorn isn’t a part of the following episodes.

Bjorn sacrificed himself in a plan that completely works, saving Kattegat and the rest of Scandinavia when the Rus retreat. After his death, King Harald Finehair (Peter Franzén) returns to Kattegat, no longer a prisoner of Oleg, just as people are voting who will be the next Queen of Kattegat, Gunnhild or Ingrid. Ingrid claims to be having Bjorn’s child, but fans will recall Harald sexually assaulted her, so it’s unclear who the father actually is.

Harald and Ingrid get married, while Gunnhild denies Harald’s request for marriage, and dies by suicide. She thinks she’ll go to Valhalla to be with Bjorn.

It’s a truly sad end to the life of Bjorn Ironside, although he sacrificed himself for his people, redeeming himself.