Home » 'Vikings': Fans Weigh in on What Would Have Happened 'if Athelstan Didn't Die' 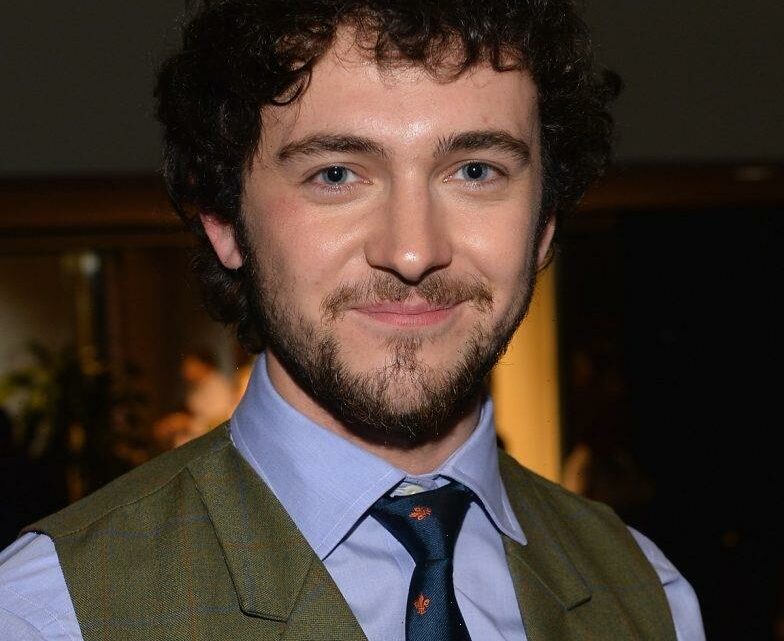 'Vikings': Fans Weigh in on What Would Have Happened 'if Athelstan Didn't Die'

In the series Vikings, a number of characters meet a bitter end before their time, and one of them is certainly Athelstan (George Blagden). The main character Ragnar Lothbrok’s (Travis Fimmel) best friend, Athelstan, affected the series in so many ways. Fans have discussed what would have happened “if Athelstan didn’t die,” and we have the best responses.

Who is Athelstan in ‘Vikings’?

Athelstan is a former Saxon monk from Lindisfarne in Northumbria in England. Ragnar abducts him, taking him as a slave in the first-ever raid on England. Athelstan can speak Ragnar’s language, as he’s traveled. They become best friends who are more like family despite how they first meet.

Athelstan starts to become assimilated into his new surroundings, becoming a full-fledged Vikings, adopting their culture and beliefs as his own. He helps Ragnar communicate with the Saxons, teaching him their language as well as many other things and vice versa. However, he’s always being pulled in two directions when it comes to his two religions, Christianity and paganism. He’s constantly questioning and trying to find what he believes, which is an inner battle for him.

Athelstan is killed by Floki

In season 3, episode 6, Athelstan believes he’s had a sign from God, and he chooses to become a Christian again. Floki (Gustaf Skarsgård), a friend of Ragnar’s who has always been jealous of their friendship, believes he has a sign from the gods that he must spill blood in a sacrifice. He goes to Athelstan’s home while the former monk prays, and Floki kills him with an ax.

Ragnar is completely devastated by the loss, and he’s never the same after that. He buries his friend on a high mountain, making a makeshift cross for a gravestone. He says goodbye to his friend, and from then on, he wears Athelstan’s cross necklace in remembrance, the grief of his loss always there.

The loss of Athelstan didn’t just affect Ragnar. It also affected fans of the series who loved the character. Some fans have wondered what would have happened had Athelstan lived instead of being murdered by Floki. Two years ago, a fan asked on Reddit, “[Spoilers] What if Athelstan didn’t die?”

A fan thinks Athelstan would have been there in the first siege on Paris. They also mention Ragnar being addicted to drugs later on, which they don’t believe would have occurred had Athelstan lived.

“He’d probably have Athelstan by his side in Paris, I’d perhaps imagine Ragnar didn’t give Floki the full responsibility of the first attack,” they said. “Like you said he probably wouldn’t have turned to heavy drugs later on. He’d have an easier time handling Rollo’s betrayal. All just speculation, but those are the things I could come up with, without going full butterfly effect mode.”

A fan thinks ‘no betrayal would have phased Ragnar’

One fan doesn’t think any “betrayal” would have mattered to Ragnar had Athelstan been around still. There also wouldn’t be any reason for Ragnar and Floki to have had problems since Floki wouldn’t have killed Athelstan.

“Ragnar said it to Athelstan himself, he’s the only one Ragnar considered a brother and trusted the most out of everyone in his life,” they said. “No betrayal would have phased Ragnar as long as Athelstan was by his side. Plus, Floki and Ragnar wouldn’t have had their falling-out obviously. Also, if Athelstan survived up to this point, I imagine the Wessex politics would have become a whole hell of a lot more complicated.”

One fan points out that the second attempt to raid Paris would have been a success had Athelstan lived, or Ragnar wouldn’t have abandoned his people after the attempt failed. Rollo (Clive Standen), Ragnar’s brother, betrays him at the end of season 3 to help the Emperor of Paris, who makes him a duke and lets him marry his daughter for Rollo’s assistance against the Vikings. Ragnar fails to raid Paris against his brother, and he walks away from his responsibilities of being king for years after that failure.

A fan thinks King Ecbert would have been ‘happier’

Athelstan was also close to King Ecbert of Wessex (Linus Roache). Ecbert even saved him from being crucified at one point, and he wanted Athelstan to stay in Wessex with him, although he chose to go back with Ragnar. Athelstan clearly affected Ecbert, and one fan thinks the King would have been “happier” had Athelstan lived, and the situation in England would have been different.

“Ecbert would have been much happier person,” they said. “Stuff in England wouldn’t have gone so bad.”

Fans have a lot of opinions about what would have happened “if Athelstan didn’t die” in Vikings.