The Conservative MP was given a few moments to think about her answer to Adil Ray’s question about why it took so long for India to be put on the red list given that the Indian variant of coronavirus has increased dramatically in the UK. Good Morning Britain played clips from interviews with other Tory MPs talking about the Indian variant before returning to Ms Keegan who raged at Ray for “handpicking facts” he wanted to talk about.

“Boris Johnson claimed the reason Pakistan was on the red list was that there was a variant, a South African variant.

“There wasn’t on April 9, Gillian you can go and have a look at this later if you don’t believe me.

“Matt Hancock claimed there were three times the higher proportion of positive tests in the UK from travellers in Indian, Bangladesh and Pakistan. We have got the figures there, they’re not our figures, they’re not made-up figures. They’re government figures.” 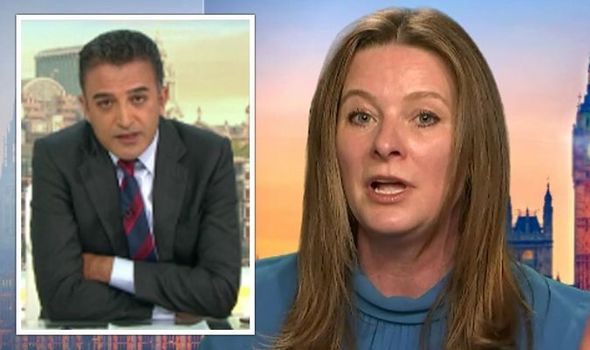 He raged: “That was a lie. Come on. Why wasn’t India, which has got the biggest cases of the variant right now.

“Please tell us honestly, why wasn’t India placed on the red list?”

“The reason it wasn’t placed on the red list at that particular time was because there wasn’t a variant of concern at that point,” the MP hit back.

“It’s very offensive to say there were lies…” she continued as Adil interrupted: “It’s not offensive.”