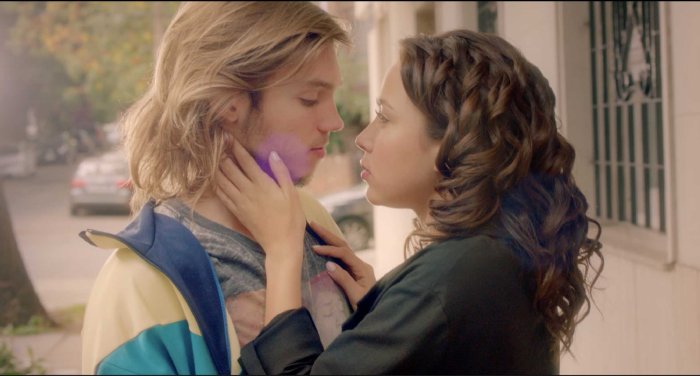 The “Re Loca” deal is for world rights outside Latin America, where Paramount will handle distribution, as previously announced.

Teen comedy-musical “Solo el Amor” (“Just Love”) turns on the across-the-tracks romance between a pop band lead singer-writer Noah and Emma, a young over-achiever female lawyer, who literally bump into each other. Their love gives Noah’s songs an authentic edge they previously lacked. But Noah’s fame, millions of online followers and manipulating manager threaten to wreck their passionate affair. Can “just love” pull them through?

A remake of Nicolas López’s Chilean smash hit “Sin Filtro,“ Martin Zaidelis’ “Re Loca” has proved one of Argentina’s four biggest hits in 2018, notching up 750,000-plus admissions for UIP in Argentina, said Meikincine’s Lucía Meik.  That puts “Re Loca” behind Luis Ortega’s “El Angel,” but not much below Gastón Duprat’s Venice-selected “My Masterpiece” and Juan Vera’s directorial debut “An Expected Love,” starring Ricardo Darín and Mercedes Morán. (Dollar grosses earned by these films have been minimized by recent inflation.)

As its Chilean original, “Re Loca” turns on Pilar, a 30-something woman who has spent years putting up with her “artist” husband, who is too unworldly to pay bills or open the door to the gas man, her psychiatrist and best friend, who never listen to her.

Suffering, she’s advised by a mysterious man to make herself a strange beverage, a mix of wine, milk, burnt rose petals and urine. Next day, she wakes up, incapable of not speaking her mind to everybody. That proves highly comic, but pretty disastrous, alienating the people she loves.

The best thing about “Re Loca,” according to Argentine critics at least, is the firepower and charisma of Natalia Oreiro as Pilar, “an actress who has tried-and-tested experience at carrying a film,”  said a review in website Otros Cines. One example: “I Am Gilda,” the second highest-grossing domestic movie of the year in 2016.

At the same time, she said, “we also like films far from the mainstream, like ‘Belmonte,’ ‘Al Desierto,’  ‘Magallanes,’ ‘Solos.’”

Larger films may sell for more money, but arthouse films sometimes sell to more territories. A varied slate at least allows a sales company to not depend on a highly limited number of buyers in each foreign territory.

Iran vows to flood West with drugs, migrants and terrorists as US sanctions cripple the country

Who won the Nobel Peace Prize 2018, who won in past years and what did Denis Mukwege and Nadia Murad do?
World News