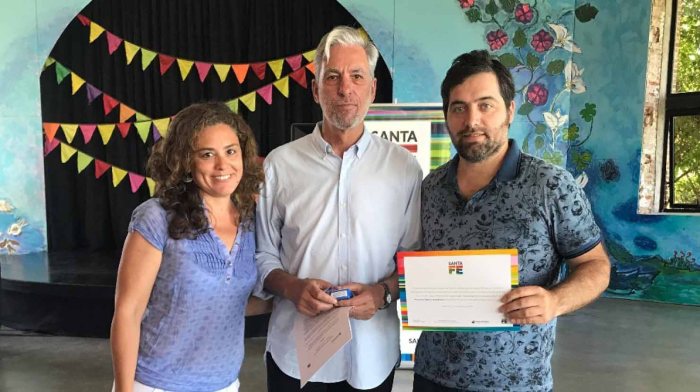 The event marks the final stage of Argentina’s INCAA Film Institute’s Incubadora, a six-month work process to develop documentary projects aimed to generate productions from different local regions which will lure the interest of international partners. The projects are receive mentorship from Europe, the U.S. and Latin America, as well as strategic support from EAVE, the European Audiovisual Entrepreneurs producers training program.

The Incubadora focuses on director-producers who have previously produced and had exhibited at least one feature film, a four-episode TV series or two short films.

The 18 projects playing at Doc Factory embrace a wide range of issues, covering the battle of Carolina, a young transgender in an small Argentine town who tries to overcome social ostracism, as portrayed in Fernando Rocca’s “Soltar,” to the pioneering high-performance sport training system described in Abalén Najle’s “Bahia Basket.”

Ámparo Aguilar’s “La Tara” claims to be the first and only surrealist movie produced to date in Argentina. Leonora Kievsky’s “Pasa La Bola” tells how a group of Argentine students try to relaunch an emblematic magazine which served as an voice against the ’70s dictatorship.

A production by Melanie Schapiro at Trapecio Cine, co-founded by Argentine auteur Matías Piñeiro (“La Princesa de Francia,” “Hermia & Helena”), “El último continente” follows Konstantin, a young German scientist who reaches the Carlini Base, in subarctic Argentina, to investigate some bacteria that can be key to understanding global warming. However, the lab suddenly decides to interrupt its investigations, forcing Konstantin to move to the Esperanza Base, opening the door to new research.

In “Mussolini mi ha detto,” Bonino tells how her grandfather Antonio was secretary for the Italian Fascist Party, and how a last- minute countermand saved him from being hanged next to Mussolini, in the Milan Square. At the time Antonio’s wife did not know about the stay of execution, and went to the square to look for him amid the dead bodies. Four years later, they migrated to Argentina. The documentary searches for a secret past, undoing the knot that ties what is familiar from what is sinister. Alejandra Grinschpun at Gema Films produces.

At Filmar, a jury will award ten of the 18 projects, supporting directors-producers to attend documentary festivals and markets around the world, looking for financing to produce their features. Also, INCAA will grant 50% financing on up to five of the selected projects that cover the remaining amount, according to the contest rules. The amount to be awarded by the institute for each documentary may not exceed the sum of $1,150,000 pesos ($30,744 USD).

The event will host pitching sessions, one-to-one meetings, business rounds and a work-in-progress with first cuts that will be part of Cannes’ Doc Corner next year. It will also take in projects from the Raymundo Gleyzer contest, for Argentine first features.

The 18 documentary projects selected for Filmar–Doc Factory are: