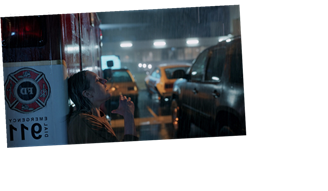 Universal Continues VOD Reign With ‘The King of Staten Island’

There’s 40 days and counting until the still-tentative opening of “Tenet” — and with it, the hopes for a successful reopening of theaters worldwide. Meanwhile, over the next two weeks we’ll see the streaming debuts of three films that would have had a theatrical presence under normal circumstances. Netflix will debut the Spike Lee drama about black Vietnam veterans, “Da 5 Bloods,” on June 12; the same day will see Judd Apatow’s “The King of Staten Island,” which will be available from Universal as a $19.99 rental. Universal also just announced that Blumhouse’s horror mystery “You Should Have Left” with Kevin Bacon and Amanda Seyfried will debut on VOD June 19.

At this point, it seems fair to declare Universal the king of VOD. “Trolls World Tour” and “The Invisible Man” along with specialized unit Focus’ “The High Note,” “Harriet,” and “Emma” all scored high in VOD rankings. “Trolls” returned to #1 at Amazon Prime, “The Invisible Man” tops both iTunes and Spectrum. “The High Note” (in its second week as a premium offering) is #2 at Spectrum, third at FandangoNow. “Harriet” is currently second at iTunes, with “Emma” #6 there. (Warner’s “Scoob!” is #1 at FandangoNow, which ranks by rental amount, not transactions).

Much of their strong showing comes from adept pricing shifts. “Trolls,” which nears its fourth month in play, reduced its cost to $14.99. “The Invisible Man,” which had a strong showing as a premium, is now at $5.99. “Emma” reduced to $3.99. “Harriet” at $5.99 looks to be among the top choices among a wide audience wanting to learn about racial injustice.

VOD reporting remains spotty at best; only the new VOD “Becky” (Quiver) and IFC are reporting. At this moment, theatrical reporting isn’t much better since top-flight theaters are still closed. Sources place the overall gross around $4 million, but since most open theaters are drive ins that play double features, the actual gross is likely closer to $2.5 million. (A moment of self laceration: This weekend saw $165 million in 2019.)

This week, “Becky” picked up on IFC’s lead in playing on drive-in double bills, with the Kevin James-starring thriller about teen criminals threatening a family at its lake house grossing an estimated $178,000. That would make it for now #4 overall, behind “Trolls” and “Invisible Man” as well as “Sonic the Hedgehog.”

Paramount had a very low-profile release in “Mighty Oak.” From director Sean McNamara, best known for the break-out faith-based success “Soul Surfer,” it limped into mostly drive-ins with a reported gross a tiny fraction of “Becky.” This remains something of a mystery (it had no VOD component), and was acquired only in late May.

Unilike Warner Bros. title “Scoob!”, sources confirm that “The King of Staten Island” will be available to theaters. After the Universal fracas with AMC, it will be curious to see how many of the mostly independent ones theaters will play it this week.

Top-charting titles continue to be eclectic. British crime drama “Villain” (Saban) is #7 at iTunes, with obscure Russian dystopian thriller “The Blackout: Invasion Earth” at #8. On Spectrum, Paramount’s made-for-VOD “Body Cam” with Mary J. Blige is #8 while Bruce Willis in “Survive the Night” (Lionsgate) is at #10. 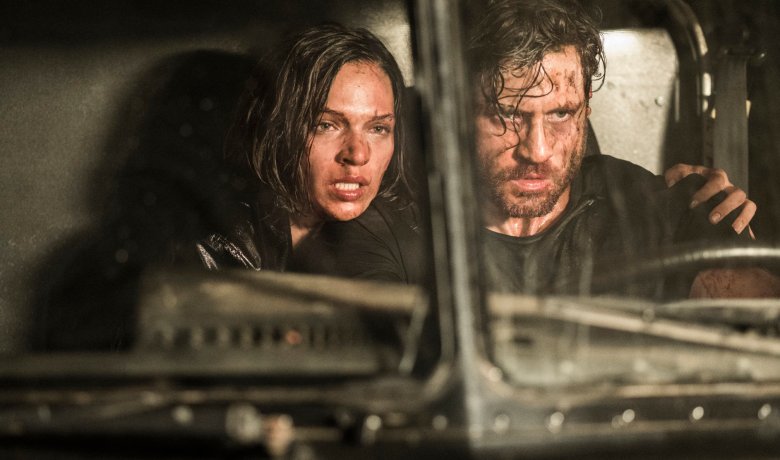 Much attention was paid during last week when the 2011 smash “The Help” had a brief run at #1, after it became available on Netflix June 2. New-to-Netflix titles usually soar at first, and this was no exception. It already has fallen to #4. Ava Duvernay’s acclaimed documentary “The 13th” did reach #9 on Sunday, and could return as it is mentioned on many lists as a film to seek out.

Ranked by number of transactions, with the daily position as of Monday, June 8

Ranked by revenue accrued not transactions, for the week ending Monday, June 8 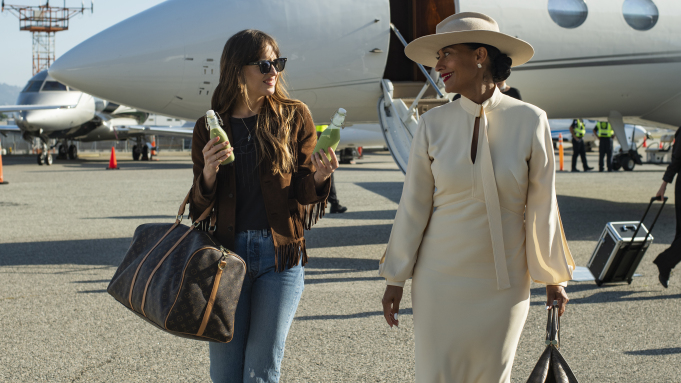 Ranked by number of transactions, with the daily position as of Monday, June 8; excludes premium VOD rental-only titles

3. Cloudy With a Chance of Meatballs (2009 theatrical release)