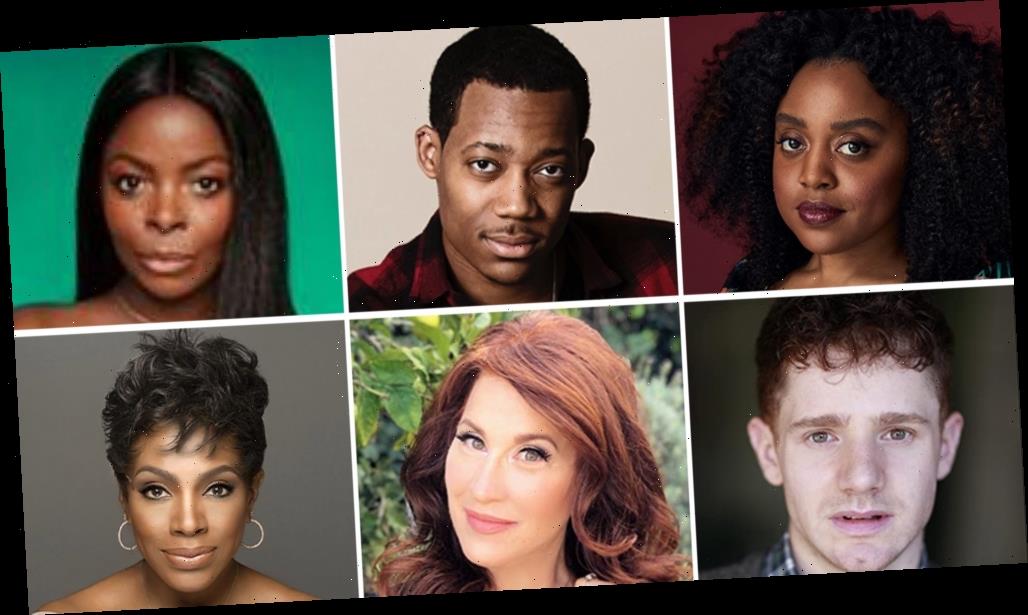 The Untitled Quinta Brunson pilot (fka Harrity Elementary) follows a group of teachers brought together in a public school simply because they love teaching. They will rely on one another to make it through the day and find a way to counteract the school district’s bullsh*t attitude toward educating children.

Halpern and Schumacker, who co-created and executive produce DC Universe’s Kaley Cuoco animated comedy Harley Quinn, exec produce via their Delicious Non-Sequitur Productions banner. Warner Bros TV, where Halpern and Schumacker are under a deal, and 20th Television are the studios.

Brunson most recently starred in HBO’s critically acclaimed sketch comedy series A Black Lady Sketch Show, opposite Robin Thede, Gabrielle Dennis, and Ashley Nicole Black. She was a lead in The CW pilot The End of the World as We Know It, she wrote, produced, and starred in the series Quinta vs. Everything for Facebook Watch, and also wrote and sold a multi-cam comedy pilot alongside Larry Wilmore and Jermaine Fowler for CBS with ABC Studios. Her other recent TV credits include ABC’s Single Parents and CW’s iZombie. Brunson is slated to release her debut book She Memes Well from Houghton Mifflin Harcourt Publishing, this year. She’s repped by ICM, Authentic Talent & Literary Management, and Del Shaw Moonves.

Williams can currently be seen co-starring in Hulu’s The United States vs. Billie Holiday as Lester ‘The Prez’ Young, alongside Oscar-nominatec Andra Day. Previously, he co-starred in indie comedy The Argument, directed by Robert Schwartzman, and starred in The Wedding Year opposite Sarah Hyland, among others. On the television side, Williams was most recently seen starring in ABC’s Whiskey Cavalier opposite Scott Foley and Lauren Cohan. He also starred in CBS’ Criminal Minds: Beyond Borders. Tyler is repped by The Gersh Agency and attorney Dan Fox.

James can be seen on The Comedy Lineup on Netflix, Black Monday on Showtime, and on Late Night with Seth Meyers. Her debut comedy album, Black and Mild was released on major streaming networks in 2017. She’s written for Showtime’s Black Monday and Apple’s Central Park, for which she also voices a character. Her podcast You In Danger Gurl was listed as one of Spotify’s top comedy podcasts for 2020. James is repped by ICM, 3Arts, and Granderson Des Rochers, LLP.

Perfetti was most recently seen on The CW series In the Dark and Netflix’s Bonding. He is best known for his roles in HBO series The Night Of and Looking. He’ll next be seen recurring on the hit Fox medical drama The Resident. Other series credits include FX’s What We Do in the Shadows and NBC’s Crossbones. Feature credits include The Virtuoso and Minyan, both set to be released this year. Perfetti is repped by Paradigm and Goodman, Genow, Schenkman, Smelkinson & Christopher

Walter is known for her roles in feature films such as The Parent Trap, Bruce Almighty, Shall We Dance, War of the Worlds, Killers and as creator and judge of the international hit, Dance Your Ass Off. She created and starred in ABC sitcom Life’s Work and co-created, wrote, produced & directed the hit Female-Comedy-Stunt web series, Gonzo Girlz. She currently recurs as Shirley Gregory in ABC’s Grey’s Anatomy. Walter is repped by John Kelly of Bresler-Kelly & Associates and managed by Rick Dorfman of Authentic Management.

Ralph most recently appeared on Broadway last year as Madame Horrible in Wicked, becoming the first African-American actress to take on the classic role on Broadway. Her television credits include It’s a Living, Designing Women, The District and Moesha. She also spent three years as a lead on the hit Nickelodeon series Instant Mom opposite Tia Mowry and Michael Boatman, and recurred as Claudette, for two seasons, opposite Jon Voight in Showtime’s Ray Donovan. She recently reprised her Claudette role for the 7th and final season of Ray Donovan,and is currently recurring as President Kelly Wade on Freeform’s Motherland. She’s repped by Innovative, Link and Goodman, Genow, Schenkman, Smelkinson & Christopher.

When is Pesach Sheni 2021 and how is the Passover holiday celebrated? – The Sun