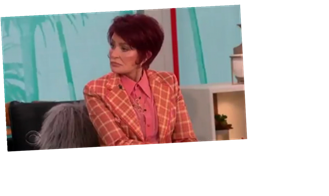 Viewers of The Talk on Wednesday witnessed a very honest and emotional conversation between the hosts take place.

Sharon Osbourne, Sheryl Underwood, Amanda Kloots and Elaine Welteroth had a passionate debate about Osbourne standing up for her “friend” Piers Morgan after his decision to leave Good Morning Britain as well as his controversial comment about Meghan Markle.

While Osbourne expressed that she did not agree with Morgan’s comments about not believing Markle’s suicidal thoughts, she reiterated that he is a close friend and supported his freedom of speech. The other co-hosts, however, attempted to explain why Morgan’s comment may have been off-putting to many people.

“There’s a difference between bigotry, prejudice, and racism,” Underwood expressed. “To speak upon something and not accept what she is saying, what Meghan has been saying, it could be true, and the responses to that could be true and the fact that you don’t even want to take into consideration that her desire to want to end her own life is connected to her race. That dismissal makes it a racist situation.”

Viewers then took to Twitter to react to the ladies’ discussion.

“So #TheTalk was pretty intense today,” one user tweeted.

Another user wrote, “Well done @sherylunderwood and @elainewelteroth. It couldn’t have been easy, but you spoke truth to power. #TheTalk.”

Well done @sherylunderwood and @elainewelteroth It couldn't have been easy, but you spoke truth to power. #TheTalkpic.twitter.com/kNwWTVGzME

@ElaineWelteroth I think that analogy is so spot on that no one wants to accept it. #TheTalkpic.twitter.com/oEAeyrp8SZ

#thetalk wow they are really doing this in front of the camera. pic.twitter.com/IeXZGlT95b

LAWD Sharon did not say to Lisa Vanderpump, “It’s so nice to see a friendly face!” Chile…Elaine’s face said it all! This is a hot mess smh. Fix it Jesus!! #TheTalkpic.twitter.com/f4C88vzxCJ

It is going down on #TheTalk right now! However, ALL of the points that Elaine and Sheryl are saying are 100% true. Sharon gave space and didn’t hold Piers Morgan accountable to his racist statements and behavior, his bullying and sexism to Meghan. She co-signed on his actions. pic.twitter.com/K2rtyAwu1a

The way @sherylunderwood kept herself composed on @TheTalkCBS today is the quintessential example of being a Black woman in the workplace. I’m just… whew chile! 🙄 #TheTalkpic.twitter.com/gnI7qUuskU

The number one thing that has bothered me about this episode is Sharon telling Sheryl she isn’t aloud to cry. She is calmly trying to explain to you her opinion and is upset that your upset and yet you tell her she can’t express her feelings, but you’re free to? #TheTalk

On Tuesday’s GMB, Morgan stormed off the morning show set after he was confronted about his comment regarding Markle by TV personality Alex Beresford. It was announced that same day that he was exiting the program after six years.

Hours later, he tweeted that he was standing by his statement about the Duchess of Sussex. “On Monday, I said I didn’t believe Meghan Markle in her Oprah interview. I’ve had time to reflect on this opinion, and I still don’t. If you did, OK,” he wrote. “Freedom of speech is a hill I’m happy to die on. Thanks for all the love, and hate. I’m off to spend more time with my opinions.”

See more in the video below.