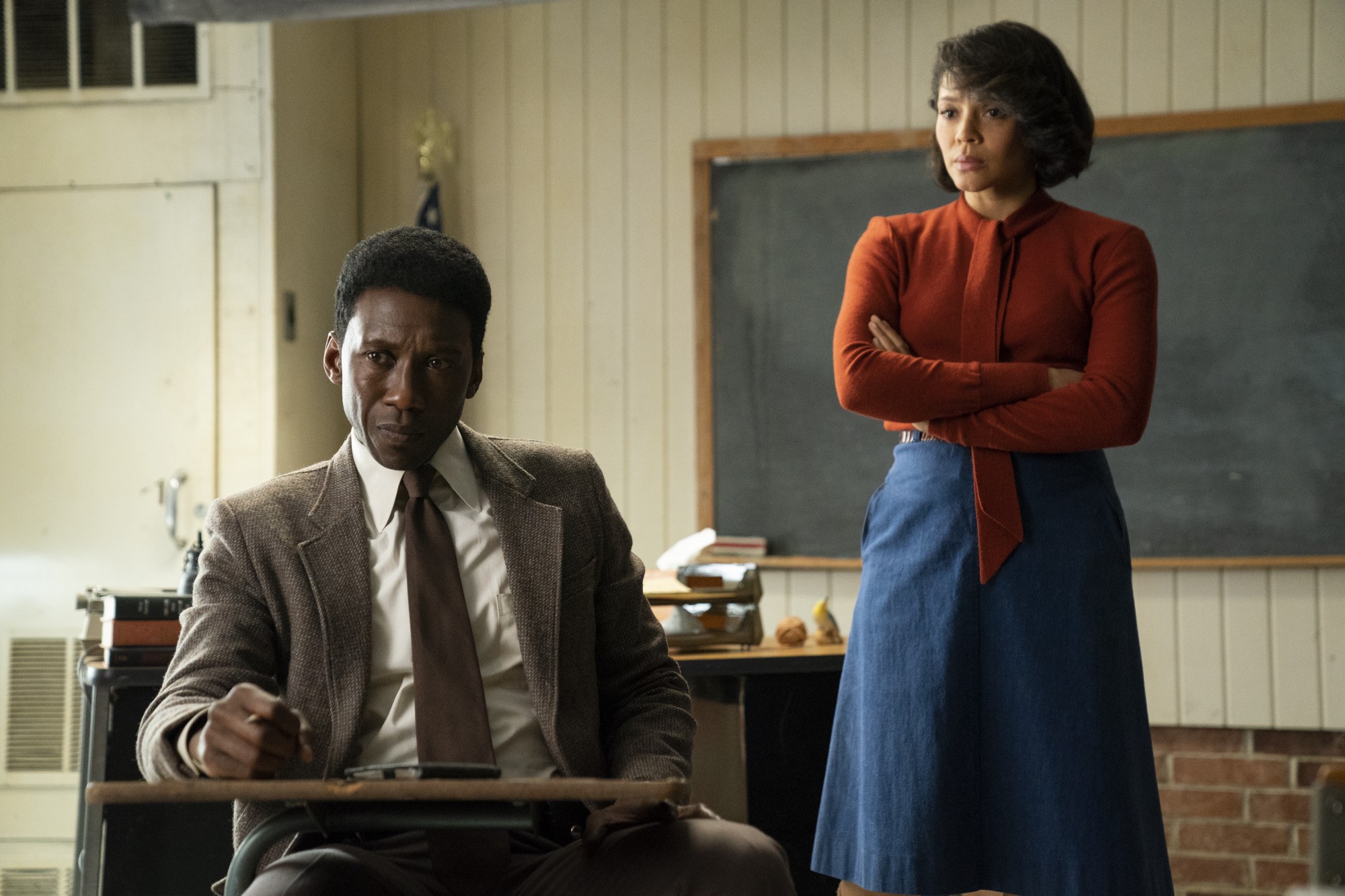 Women have been a sticking point for “True Detective” in past seasons, with critics accusing the show of casting female characters into one of a few, predictable camps. (They’re wives, mothers, prostitutes, or otherwise discardable street denizens.)

But Season 3 is looking to correct a few past mistakes, including elevating the relevance and dynamism of its notable female lead Amelia Reardon, played by the great Carmen Ejogo. As an Arkansas schoolteacher connected to two children who go missing in the 1980, Reardon forms a relationship with Detective Wayne Hays (Mahershala Ali) that gets mixed up with a mystery enveloping them both for decades to come.

Ejogo was last seen in “Fantastic Beasts: The Crimes of Grindelwald,” “Roman J. Israel, Esquire,” and “Alien: Covenant,” but devout TV viewers made sure not to miss her remarkable turn in the second season of Starz’s “The Girlfriend Experience.” A British actress who’s shown quite an exciting range already, it’s hard to imagine a more intriguing next step for the performer — and a better scene partner to push the recent Oscar winner Ali.

“True Detective” was created by Nic Pizzolatto, who wrote all of Season 3 (with an assist in Episode 4 by David Milch) and both of the first two seasons solo. He will serve as one of three directors for the 2019 episodes, along with Jeremy Saulnier (Episodes 1 and 2) and Daniel Sackheim (later episodes). Scott Stephens, Matthew McConaughey, Woody Harrelson, and Cary Joji Fukunaga, all of whom began as producers on the first season, remain executive producers for Season 3.

Dinwiddie’s gem helps Nets come from behind to stun 76ers