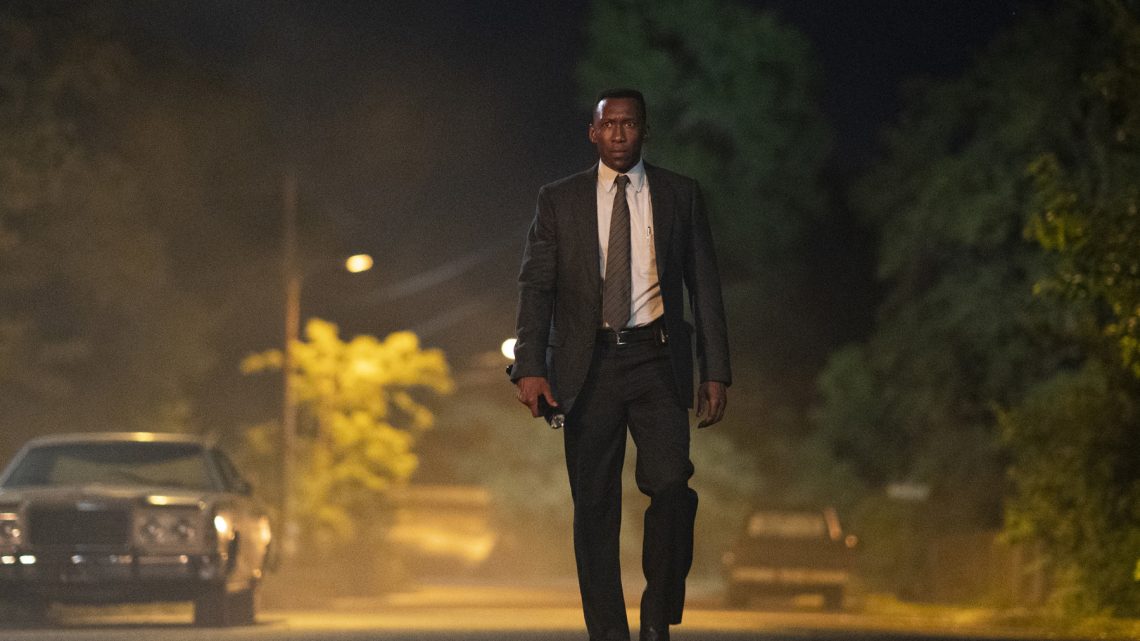 ‘True Detective’ Recap: A Room With No View

Intense, frightening, revelatory: Without losing the melancholy tone and pointedly un-stylized writing that has characterized this season from the jump, True Detective hit a new high with this week’s episode, aptly titled “Hunters in the Dark.” It follows our suite of protagonists — retired cop Warren Hays, his old partner Roland West,the late novelist Amelia Hays, grieving, alcoholic father Tom Purcell — as they journey deeper into darkness surrounding the death of Will Purcell and the disappearance of his sister Julie. Whether they’re running down clues, discovering literal torture chambers or simply navigating the shadowy recesses of their own tortured minds, the hunt goes on. And as we’ll see, they’re uncovering more than just murder.

In the 1980 timeline, things have wound down. Warren and Amelia have finally hooked up for the first time — on the day “Purple” Hays had to fire his service weapon for the first time, no less. (All the people he killed in Vietnam, though? “Honestly, I never give it thought.”) Yet finding true love feels like a consolation prize for the shoddy, slapdash “case closed” the powers that be slap on the Purcell case, blaming the kids’ mysterious demise on the late “trashman” Brett Woodard. Ten people died in the firefight on his front lawn, right? What’s two more, especially when evidence is oh-so-conveniently discovered at the scene days after?

The 2015 material is scant as well. The documentarian who’s been interviewing Wayne points out the sheer number of foul-play deaths surrounding the case, from the victims’ parents to key figures in the investigation. Our hero, meanwhile, reveals to his cop son that he’s on to the affair the younger man is having with the filmmaker. Yet in the middle of a meeting with Roland to discuss their next move, he takes a bathroom break and returns having forgotten that he’d seen his old partner at all before that moment. 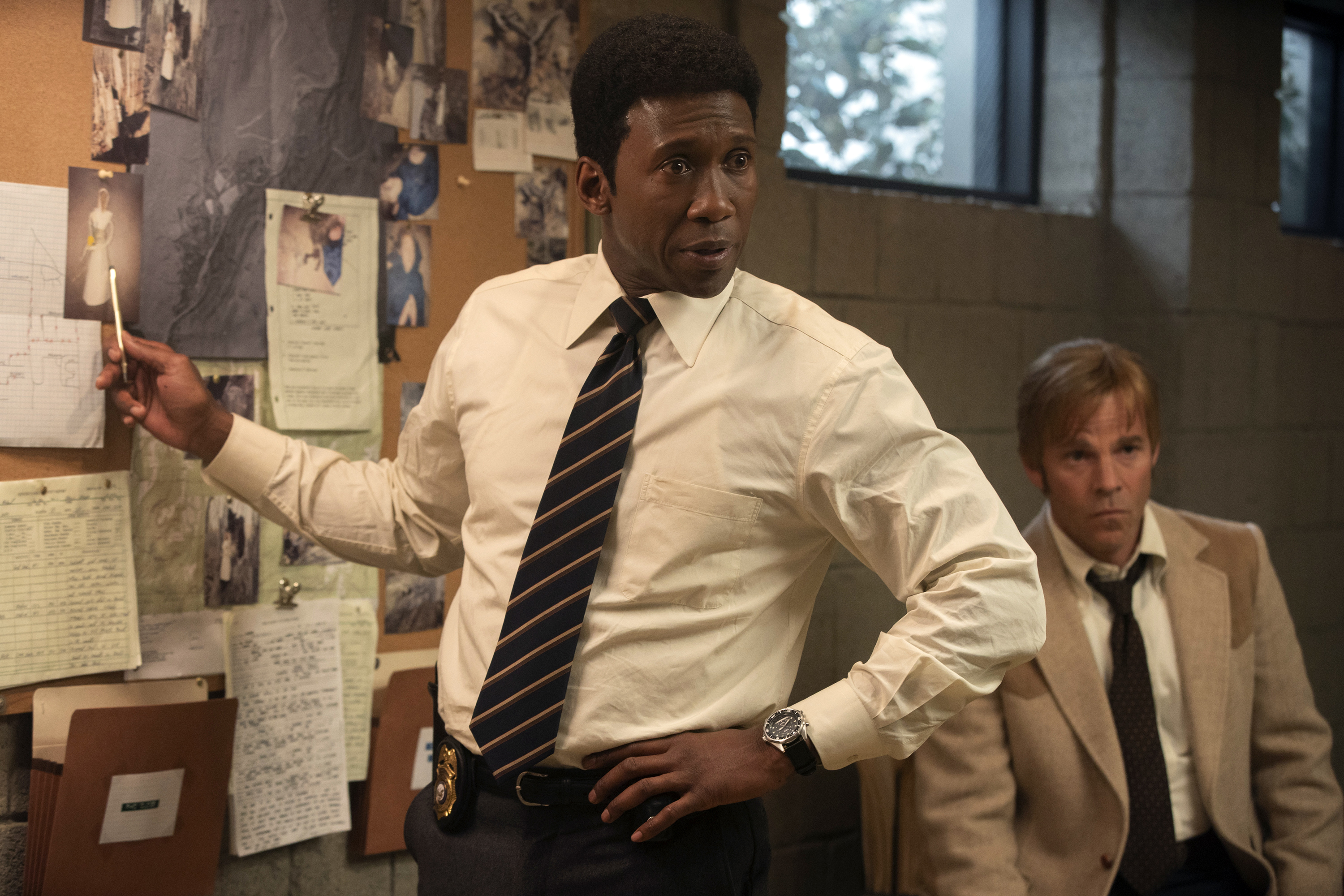 ‘True Detective’ Season 3 Review: A Return to Form, For Better And Worse

The Quiet Defiance of Mahershala Ali

The real action, however, takes place in 1990. Here, the spotlight falls on Tom, whom Julie seems to be pointing to as the perpetrator in a frantic phone message. Purcell is absolutely devastated by the police’s suspicion, particularly that of Roland, whom he considers a friend. Thanks to yet another knockout performance by Scoot McNairy, you all but watch him disintegrate before your eyes, repeating “Why, why, why?” and “No, no, no!” until he emits a howl of rage that seems capable of splitting his skull in two.

And in one of the episode’s most unnerving moments, Wayne’s reflection in the interrogation-room window during this scene isn’t his then-current self, but the old man he’ll eventually become. It’s a sign something here just isn’t right, and may well never be.

Forced to investigate Tom like a suspect by the brass, Wayne and Roland wind up discovering more than they bargained for. In rapid succession, they learn the “peephole” into Julie’s room was just a way for her and her brother to pass each other the cryptic notes that were discovered in the premiere, which we can now see were intended to reassure one another.

They encounter Dan O’Brien, the long-lost sleazeball cousin of the kids’ mother. With long hair and a tweaked-out demeanor straight out of the Rust Cohle School For Burnouts, he suggests she was killed in a way that just looked like an overdose; the local poultry-industry millionaires, the Hoyts, are his culprits of choice. And wouldn’t you know it, that’s where Harris James, the cop who “found” the evidence on Woodard’s property, worked in a lucrative security gig.

The final piece of the puzzle? Tom, they learn, is gay, a secret he’s been struggling to either drink or pray away for years. Maybe that’s why the phone message from Julie claimed he wasn’t her father — not because she’d been brainwashed, but because it’s technically true. Come to think of it, maybe there’s more to his long-time friendship with Roland than meets the eye. He keeps saying ought to know him better than to suspect him. Hmm.

That night, Amelia gives a reading from her then-new book about the case. Who winds up heckling her for profiting from the kids’ pain? An old man with one white eye … someone who matches the description of the guy who bought those strange dolls found near Will Purcell’s body.

Meanwhile, Tom gets out of holding just in time to overhear the news that Dan is back in town. He tracks the junkie down and gets the info about the Hoyts out of him at gunpoint. Drunkenly breaking into their mansion late that night, he finds his way into their basement, where he uncovers a vault-like pink room — the exact place Julie had been telling her fellow street kids and runaways she’d grown up in.

“The hell?” he gasps, looking at something we can’t see. “Julie?” And all the while, Harris James is sneaking up behind him. Cut to black. Roll credits. Chills.

So, where do we stand with two episodes remaining? Riddles are being solved left and right, some suspects are being cleared while others are coming into focus, and the long sad saga of Wayne and Roland seems close to a conclusion, provided the former can fend off dementia long enough to see it through.

But forget, for a second, the series’s first two divisive seasons and their maddening whodunits. True Detective Season Three has turned into a show about how a single, central crime spreads like a spiderweb into a whole host of small-town sins. Racism and sexism, poverty and class warfare, sexism and homophobia, addiction and religion: They all play a part here.

Even as old men, Wayne and Roland may eventually discover the truth beneath it all. But maybe the point is that some mysteries of the human heart are simply too big to solve.