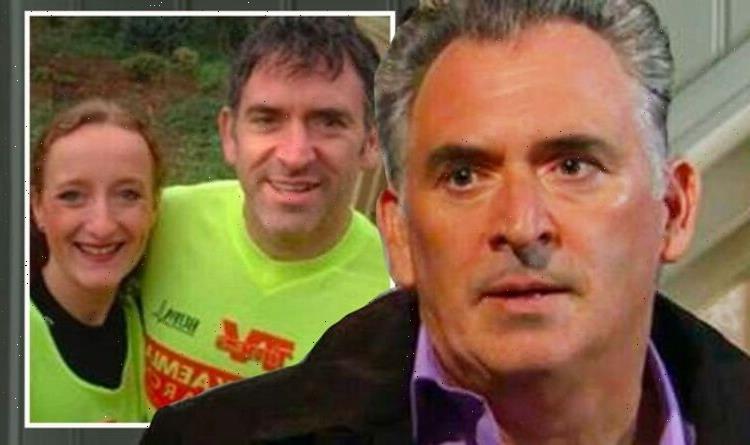 Tony has played the role of Bob on Emmerdale for the best part of 22 years, having first appeared on the ITV soap in September 2000. The character has had an illustrious love life in the village and over the years, his seven children have featured in the odd storyline here and there. Although the lothario of the Dales is currently in a relationship with Wendy Posner (played by Susan Cookson), away from the small screen, the actor is currently single after he lost his wife five years ago, having enjoyed many years of marriage together.

Who was Bob Hope star Tony Audenshaw married to?

After meeting at an aerobics class in 1993, Tony fell in love with his future wife Ruth Audenshaw and the pair were happily married for 24 years.

They tied the knot just three years after they met in 1996, which was four years before the actor made his debut on the village-based show.

The couple went on to have two children together, a son called George and a daughter called Em who were both left heartbroken when their mother died.

Given how they met and the energetic charity fundraising Tony still does today, it seems the husband and wife both enjoyed their exercise.

Ruth was a cognitive therapist for the NHS but she has become well known in the media because of how much her husband talks about her in interviews.

How did Tony Audenshaw’s wife die?

In 2015, Ruth was given the heartbreaking diagnosis of stage three adenocarcinoma, or pancreatic cancer, when she was just 41-years-old.

Recalling the moment he discovered his wife was terminally ill, Tony said: “I remember being very quiet as we walked to the hospital car park, then breaking down in the car.

“Before we worried about forgetting to put the bin out. Now Ruth was going to be dead within a year after a horrible illness.”

The mother of two was not going to give up without a fight, however, as she underwent chemotherapy in 2016 and even travelled to Germany.

This trip was made to see if doctors could shrink the tumour enough to remove it but the cancer had already spread, making it impossible to remove.

Tony explained this gave his wife a new perspective on life as he said: “They told us the cancer had spread to her liver and she had multiple tumours.

“It was terminal. But Ruth was incredible. She said: ‘I’ve not got long left. I’m going to enjoy my life while I can.’

“We treated those last months like our retirement,” he recalled but just 17 months after she was diagnosed with cancer, Ruth died at the age of 43.

The actor was left heartbroken by his loss, telling The Mirror: “Her death seems all the more unfair as she did not smoke, and kept fit by running.”

Although knowing she was going to die was a huge struggle for the soap star, he has recalled how hard it was to tell the couple’s two children the news.

The actor said: “We were really open with the kids from the start.

“At first they didn’t know if it was cancer or just a benign tumour. Then she had a biopsy taken and we were told in no uncertain terms that it was inoperable third stage cancer.

“We knew the prognosis, it was six to 12 months. It was a terrible prognosis. And we had to tell the kids,” he told ITV’s Lorraine.

In another interview with The Mirror, he expanded on how the family pulled together to support each other through the process.

Tony commented: “We spent loads of time together and that made us even closer as a family. I don’t know where I’d have been over the last year without the kids. It’s unbearable to think about it.”

Each day, the actor continues to grieve for his wife as he speaks about his relationship candidly during interviews.

“Grief is not linear. It goes up and down. I grieve, go to work, keep busy,” he said during an appearance on ITV’s Loose Women.

Most recently, the soap featured in a celebrity edition of ITV game show Catchphrase, in which he was hoping to win some money for Pancreatic Cancer UK.

He continues to fundraise in a number of different ways, explaining: “Ruth knew it was too late for her, but she wanted to help others.”