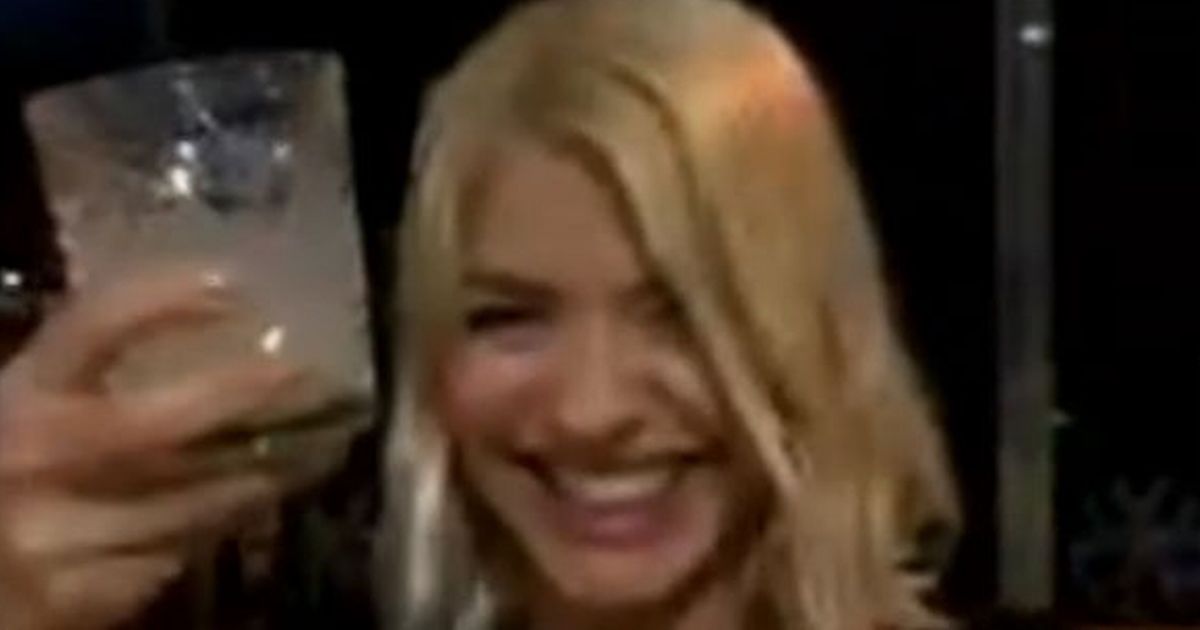 Holly Willoughby walked out of this year’s I’m A Celebrity wrap party for an interview with This Morning… in the street.

The 37-year-old presenter was still holding her margarita as she spoke live on air to Rochelle Humes and Phillip Schofield, who warned that they would have to hurry up the interview before she was on the floor.

Asked about her time on the show, a giggly Holly gushed that everything had been "amazing".

Asked about her work schedule, Holly revealed that she often went to bed at 5.30pm and got up at around 2am.

"So there is no night time!" Holly exclaimed, adding: "I’ve just walked out of the wrap party!"

Phil pointed out that it looked like she was on the street, which Holly confirmed that she was. "I look like I’ve fallen out with my boyfriend," she laughed.

Asked whether she was happy with the I’m A Celeb result, she said: "Harry was definitely the right person but I loved them all."

But Phil warned: "We’ve only got four minutes cos she’s going to be on her knees in a minute."

Holly laughed but didn’t quite appear to have heard him and he went on to say that he thought she had been amazing on the show.

Meanwhile she addressed Rochelle and thanked her for stepping in for her while she was in Australia.

She said: "Rochelle thank you for looking after Phil for me… well done both of you!"

Last night Harry Redknapp was crowned the king of the jungle.

The 71-year-old, who admitted he had never watched I’m A Celebrity before, said: "Good show ain’t it. I’m going to watch it in the future."

After being announced as winner, Harry said: "Without them [campmates] I would never have survived. They’ve dragged me up hills and pulled me through water."