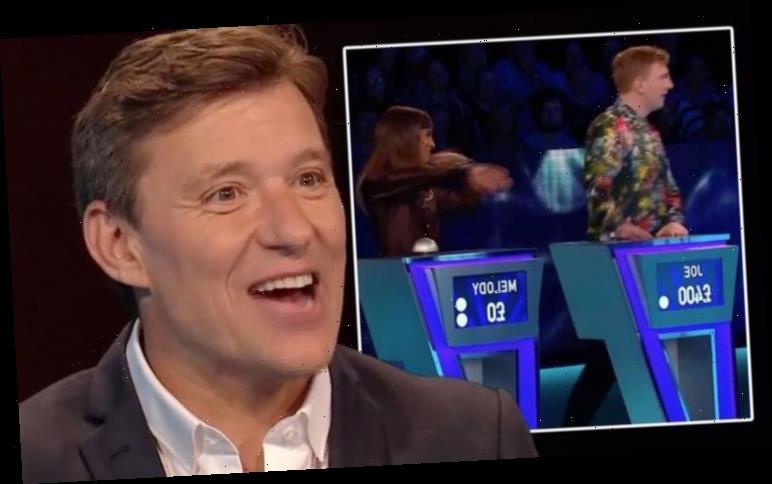 Joe Lycett joined cricket commentator Henry Blofeld and Pussycat Dolls singer Melody Thornton on Tipping Point: Lucky Stars tonight with Ben Shephard back in his regular spot as host. As per usual on the ITV show, each of the three celebrities were faced with a series of general knowledge questions in the hopes of landing counters to put into the famous machine and land some money. However, when Melody got off to a rocky start, Joe teased the pair should leave.

In round one, each of the celebrities were given three counters to put into the Tipping Point machine.

However, in order to use them, they’d have to get a question right, with all three seemingly on fine form when it came to their quiz knowledge.

When it came to their ability to time the counter perfectly to drop into the machine, however, that was a different story.

Henry had a bit of luck with the drop of his first two counters, racking up an impressive £900. 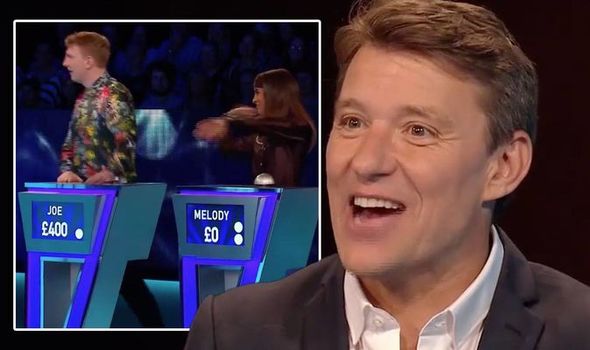 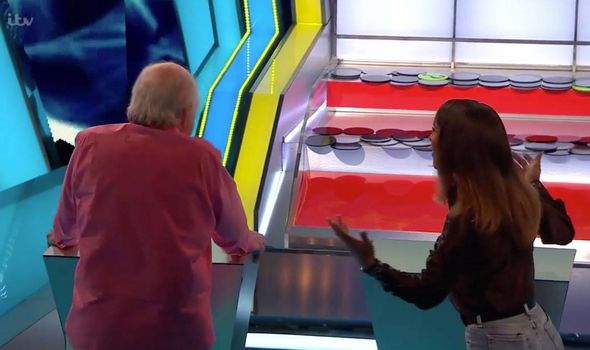 Joe, on the other hand, had only accumalated £400 in his prize fund with the same number of drops as Henry.

However, by this point, Melody hadn’t even had a go at the machine but when she finally got her chance, she may have wished she didn’t.

With her first counter plunged into drop zone one, Melody urged her counter on, saying: “Jeez, Louise.”

Ben similarly offered some encouragement: “That was in a rush to get down… and it’s over the top shelf.” 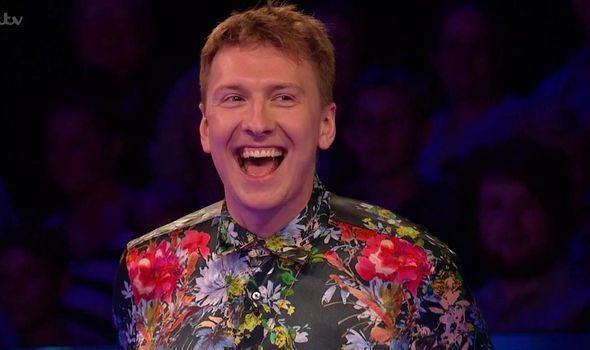 However, the Tipping Point host noticed it may not be close enough to the surrounding counters to land Melody some money.

“Is the Tipping Point ready, it’s looking a bit sparse,” he commented.

And he was right as no counters landed in the drop zone and Melody remained with £0 in her fund.

Clearly unhappy, Melody turned to the crowd in disbelief before Joe weighed in with his words of advice.

“Sadly Melody, you draw a blank with that one,” Ben commented. “It’s just hanging over the edge.”

Turning to Joe, the comedian said to Melody: “Cruel this show, isn’t it?”

The former Dancing on Ice star agreed: “This show’s hard,” before Joe jokingly suggested they leave.

“Let’s storm off,” he said, bringing laughter from the ITV audience and Ben.

Ben feigned his panic as he reiterated: “You’ve still got money!”

And it’s a good job Joe did stay at his podium as he made it to the very end of the show at Melody and Henry’s expense.

Joe ended up knocking the jackpot counter off the edge of the shelf and took home the top amount for his chosen charity.