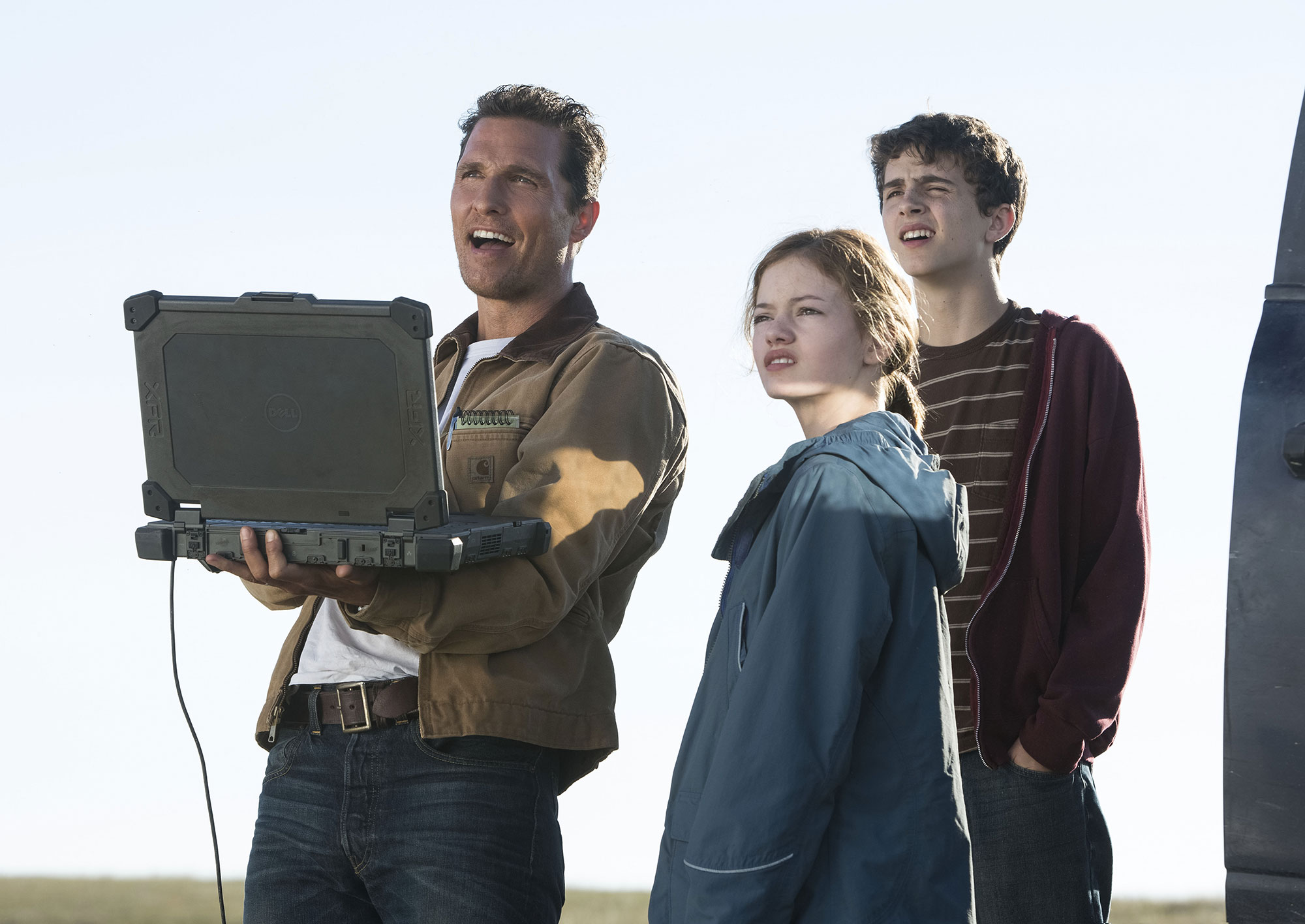 Even though Timothée Chalamet has become a big actor in recent months, he still has a history of small parts.

It’s part of the journey to success, certainly, but that doesn’t make it any less sad for the 22-year-old actor, who had a minor role in the 2014 blockbuster Interstellar starring Matthew McConaughey.

RELATED: Armie Hammer and Timothée Chalamet Have Adorable Call Me By Your Name Reunion at Governor’s Ball

In a conversation with fellow star Emma Stone, 30, for Variety’s Actors on Actors franchise, which will air on PBS in January, the Call Me By Your Name lead recalled his reaction to watching an early screening of Christopher Nolan’s film with the cast, which included A-listers like Jessica Chastain and Anne Hathaway.

“I forgot about this — I really haven’t thought about this moment until right now,” he reminisced with a smile on his face. “It was surreal because it’s a huge IMAX theater … and I really had no career at this point, so I was like the fraud a little bit in the room.”

RELATED: Harry Styles Asks Timothée Chalamet If He Can Still Eat Peaches After Having Sex with One

The Oscar nominee continued: “I saw it, and I loved it, but I went home to my dad and wept for an hour because I just figured my part was bigger. They didn’t even cut anything. I just figured — I don’t know what I figured.”

Of course, the New York City native has secured much more substantial roles since then. Shortly after his feature film debut in Jason Reitman’s drama Men, Women & Children, he gained recognition for his supporting role in Greta Gerwig’s Lady Bird, which was nominated for five Oscars, including Best Picture. Chalamet also acted in another 2018 Academy favorite, Call Me By Your Name, for which he received his first nomination.

More recently, he took on the role of Nic Sheff in Beautiful Boy, which tells the story of a drug addict trying to reconnect with his father (Steve Carell) and overcome his addiction.

‘Mrs. Maisel’ Season 2: Abe & Rose Will ‘Reboot’ Their Marriage — What About Joel & Midge?