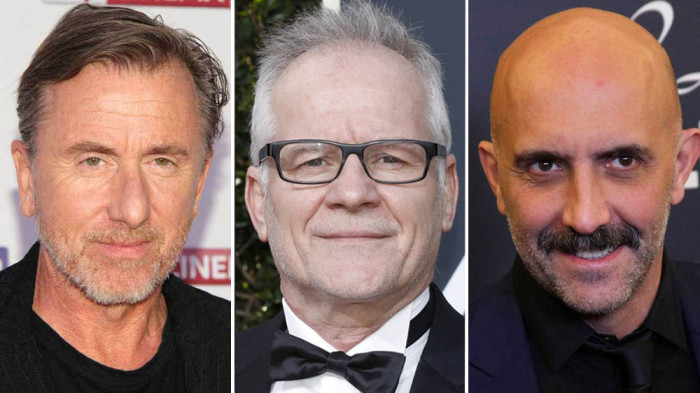 BUENOS AIRES — Kicking off with the Cannes Festival’s Palme d’Or winner, Hirokazu Kor-eda’s “Shoplifters,” and framing  multiple Cannes winners, the 10th Cannes Festival Cinema Week will feature a masterclass by Tim Roth, before a projection of “Reservoir Dogs,” and a presentation by Gaspar Noé of his Directors’ Fortnight hit “Climax.”

Curated and M.C-ed by Thierry Frémaux, the Cinema Week will also underscore some of the hallmarks of Cannes as the world’s fall festivals, led by Venice, become ever more important platforms for Academy Award contenders.

The Cinema Week is sold out, some screenings in two hours, Frémaux told Variety on the eve of its opening. That is a reflection on the draw of Cannes, and its Cinema week, in Buenos Aires, where it is a big event. Attending the Cannes Festival Cinema Week in 2011, double Cannes Palme d’Or winners Jean-Pierre and Luc Dardenne were lionized like rock stars. Tim Roth’s masterclass will be “an event in an event,” joked Frémaux, who will introduce all the films.

But why Tim Roth? “Tim is a star for the people here, so his presence is a present for the Film Week. He’s also a good person, very humble, and part of the history of British cinema,”  Fremaux told Variety in Buenos Aires.

He’s also a close friend of Fremaux’s, as the latter’s memoire, “Sélection officielle,” notes, recording how Frémaux and Roth, as a custom, chill out on the last night of Cannes when that year’s festival is done.

Roth is also “close to the Cannes Festival,” said Frémaux, having served on its there juries – competition, Camera d’Or and Un Certain Regard.

He also embodies one of its foundation stones: Support for “auteur” cinema- movies where the main creator’s individual voice is clearly heard. “Reservoir Dogs” is one case to point. Another, which Frémaux cited on the eve of Ventana Sur, is Mexican Michel Franco’s “After Lucia,” which won the Un Certain Regard Prize, given by a jury presided over by Roth. Enthused by the energy and passion of the young Mexican director, British actor went on to star in Franco’s second feature, “Chronic,” a Cannes competition best screenplay winner, and in “600 Miles,” the debut feature of Gabriel Ripstein which won best first feature at Berlin.

“The collaboration with Roth has taken me to places I didn’t expect to be so soon,” such as shooting a movie in L.A.,” Franco said, in reference to “Chronic.”

Noé is most certainly an auteur, director of one of the most disturbing and painful movies seen at Cannes, 2002 competition contender “Irreversible,” and also, in “Climax,” of at least 45 minutes of the best-reviewed cinema in this last edition (Critics split on the second half of the movie).

“Ventana Sur is a large success, bringing a large number of overseas filmmakers and executives to Buenos Airres to meet with their counterparts here,” Fremaux said.

He added: “For me, it is very important to try to impress on the audience here the idea about cinema which Cannes embodies: the idea of an auteur cinema and a world cinema.

This year’s Cannes Festival Cinema Week features the winners of its prizes for best film (“Shoplifters”), best actor (Marcello Fonte,” in “Dogman”), Jury Prize (Nadine Labaki’s “Capharnaum”), Un Certain Regard (Ali Abbasi’s “Border”) and the movie which took the biggest sponsor plaudit in Directors’ Fortnight (“Climax”). But it is no coincidence that, of first-run films, with Lee Chang-dong’s Cannes competition player “Burning,” a runner-up yesterday in the L.A. Critics Assn. prizes, five of the six directors in this year’s line-up were born outside the U.S. and Europe, though Iranian Abbasi and Argentine Noé have settled in Europe to make their movies.

Cannes’ is the world’s biggest pre-sales market, and the biggest film market, with over 12,000 attendees. Its future will depend in part on discovering and nursing the career of world cinema talent. In that, it is rather like Netflix. Another reason for the two giants to come to an entente cordiale.