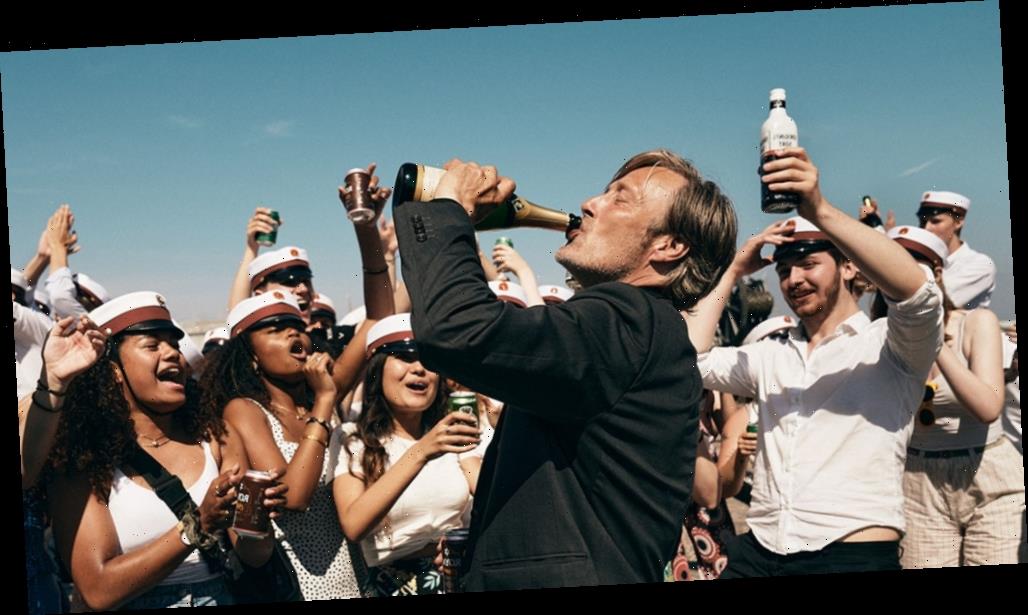 Thomas Vinterberg on ‘Another Round,’ Starring Mads Mikkelsen, Surviving Dogme

What if maintaining a constant amount of alcohol in your blood could open your mind, boost creativity, and generally improve your life? That’s the premise of Thomas Vinterberg’s new movie, which he presented Monday at the Lumière Film Festival in Lyon.

“Another Round” (“Druk”) is one of 23 films originally selected for Cannes that are being screened at Lumière, whose director is also Cannes chief Thierry Frémaux. The film picked up best actor in San Sebastian for its four leads, including Mads Mikkelsen, whose last film with Vinterberg (“The Hunt,” 2012) also won him best actor, this time in Cannes.

“Another Round” tells the story of four middle-aged friends who have lost their appetite for life and decide to experiment living with a constant level of alcohol in their blood.

“It’s not just a film about drinking. Our ambition was to make a film about living,” said Vinterberg, adding how the everyday life of an average Dane is dictated by his cellphone counting his steps, his heart rate, his schedule. “It’s about having lost inspiration, risk, curiosity, exploration. These four teachers have been caught up in a sense of repetition.”

Originally scheduled for a Cannes release, “Another Round” had to settle for a post-confinement outing, but some might see it as a timely film for a world emerging from lockdown.

“I was nervous how this film would land in a world of confinement: would it be seen as liberating and uplifting or slightly irrelevant? But it was written long before the pandemic – the question is whether there was a kind of confinement in our lives well before. What I want to talk about is the uncontrollable, for instance when you fall in love: you fall. You lose control.”

What’s also important for the Danish director, who grew up in what he describes as a “hippie commune,” is the sense of togetherness.

“I guess when you jump off a cliff and you don’t know if there’s water beneath and you do it hand in hand, it’s the ultimate sense of solidarity,” Vinterberg said.

“I’ve always been attracted to that. When I did the Dogme movement in the 90s, people said ‘It’s suicide, you’re going to kill cinema,’ and it felt dangerous and great. If there’s an element of risk or of scandal you wake up, you become curious. And when you do it as a group, it’s a great sensation. ‘Druk’ is the same thing: four crazy guys who get drunk at the wrong time and see what happens.”

Asked what is left of Dogme today, Vinterberg is categorical: “Rien” (“nothing”), he answers blithely in French.

“There was this element of revolt, of risk, arrogance and vanity, we wanted to undress movie-making, make it naked, purify it. When our movies became a big success in Cannes in ’98 (with “Festen,” which won the Jury Prize) it was suddenly fashionable – it was no longer naked but in a cocktail dress. In my country you could even get Dogme furniture!” he exclaims.

“If you wanted to go to a festival you just had to say you made a Dogme film. The risk disappeared, the sense of exploration disappeared and left me in a complicated situation. I had gone down a path and felt I couldn’t go any further and when I turned around I didn’t know where to go. It took many years to find out ‘What am I doing here?’.”

Vinterberg talks openly about the difficult years that followed “Festen,” the quest which slowly but steadily destroyed his career and his marriage, he says. “Everyone who makes movies knows it comes with a certain amount of humiliation,” he adds. Until he reached the bottom.

“I was starting from scratch – it was quite a nice place to be, artistically: it was pure, I had nothing more to lose (…) I had lost any sense of self-awareness, manipulation. There was no reason for bullshit anymore, so I just made a movie.”

That was “Submarino” (2010), which was followed by the multi-award winning “The Hunt” (2012), which featured three of the main actors in “Another Round” (Mikkelsen, Thomas Bo Larsen, Lars Ranthe). The fourth, Magnus Millang, is a long time Vinterberg collaborator.

“I work with people I admire. People I would want to spend my summers with. I always write my scripts for specific actors. For ‘Druk,’ they all had their own names [in the script] until three weeks before shooting. I can take them there because there’s trust between us, continuity, that’s when you can allow risk, take them out of their comfort zone.”

What comes next is not a spoiler, but an appetizer. “If I’d never worked with Mads before, he never would have danced for me,” he adds.

Vinterberg is currently working on the screenplay of “A Family Like Ours,” a six-part family saga produced by Zentropa for TV2 Denmark.