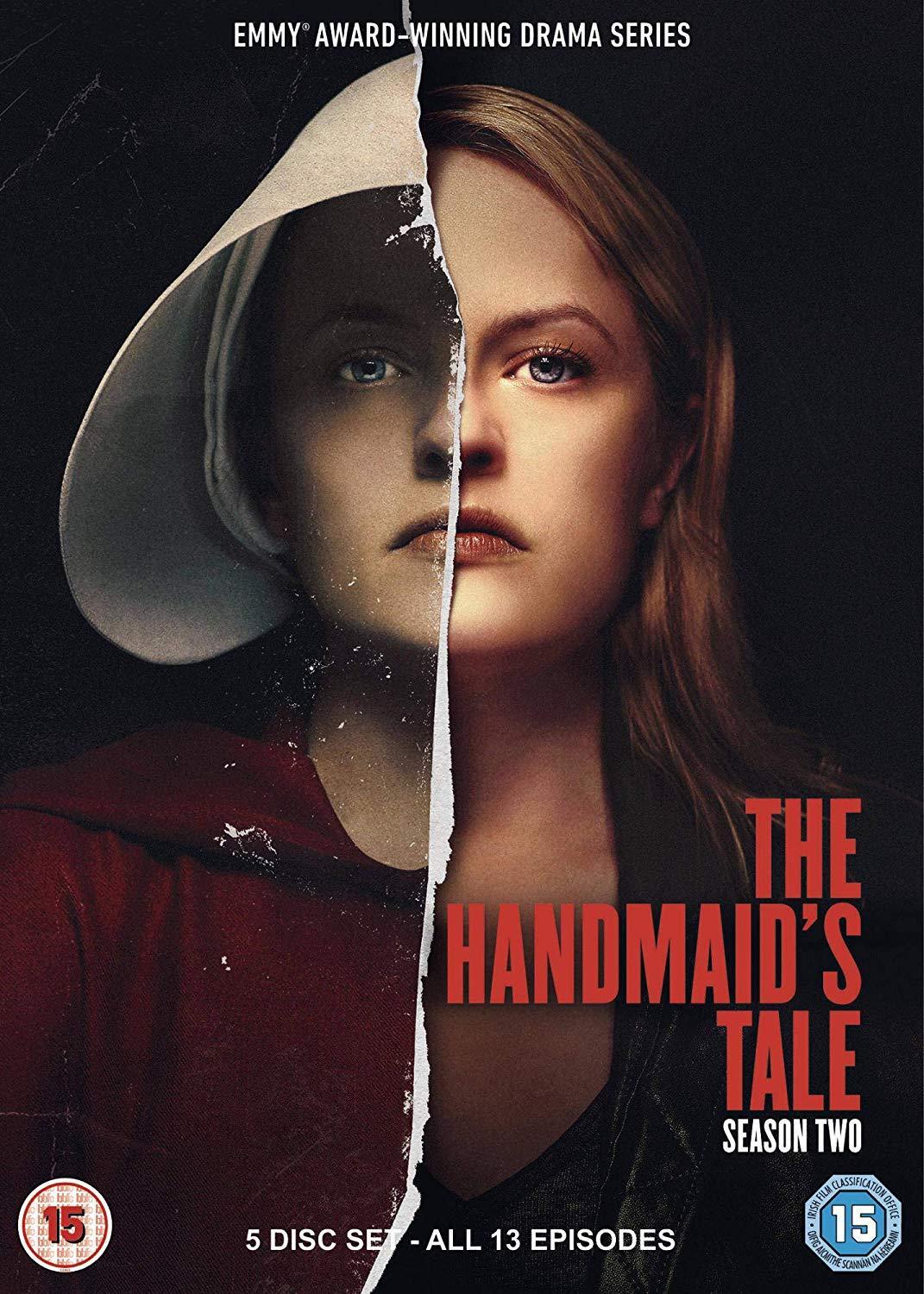 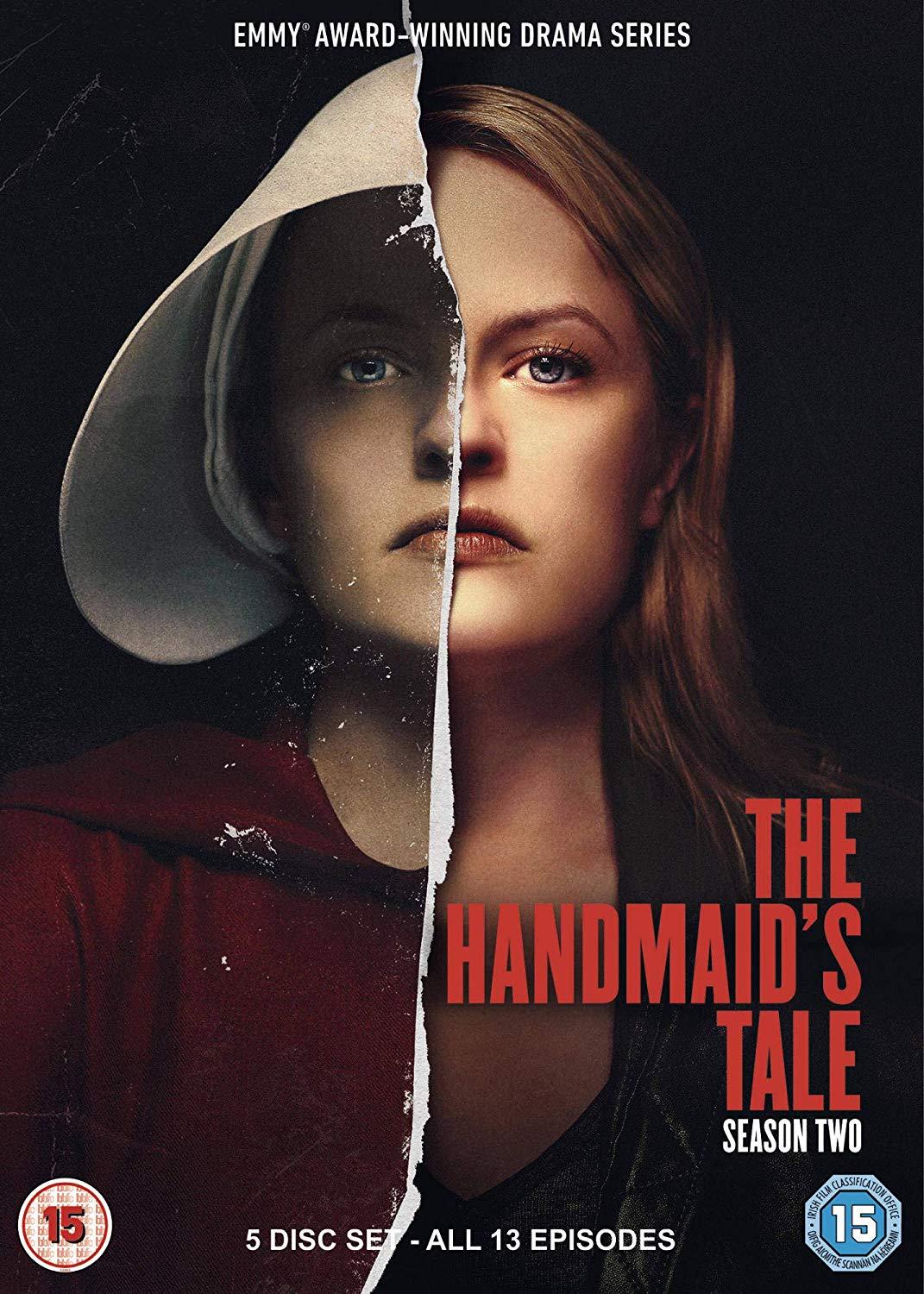 The acclaimed dystopian nightmare returns with the entire second season on DVD just in time for Christmas.

To recap, Offred (Elisabeth Moss) is trapped in an alternative modern-day America taken over by religious zealots and renamed Gilead.

Most men and women are sterile due to pollution and disease so the few fertile women are enslaved and live as handmaids in the homes of the regime’s “commanders”.

They are subjected to ritualised rape by the commander and his wife on a regular basis – known as “the ceremony” – in order to breed for the regime.

As Season 2 begins, Offred is pregnant – adding a new degree of tension and jealousy to the warped household set-up.

Despite her joyous news, the defiant handmaids have been rounded up for torture by Aunt Lydia.

We already know infertile Fred Waterford (Joseph Fiennes) may not be the baby’s dad. His wife Serena Joy (Yvonne Strahovski) told him as much at the end of the last season after she ordered his right-hand man Nick to step in and speed up the process.

But now Offred has a new life to try to save from Gilead.

The plot is a long way "off book” from Margaret Atwood’s original 1985 novel. But the ideas are still hers –  she is a series producer.

We learn much more about how the regime came to power, the characters’ lives before the coup and how Moira is getting on over the border in free Canada.

No spoilers… but it’s must-watch TV. 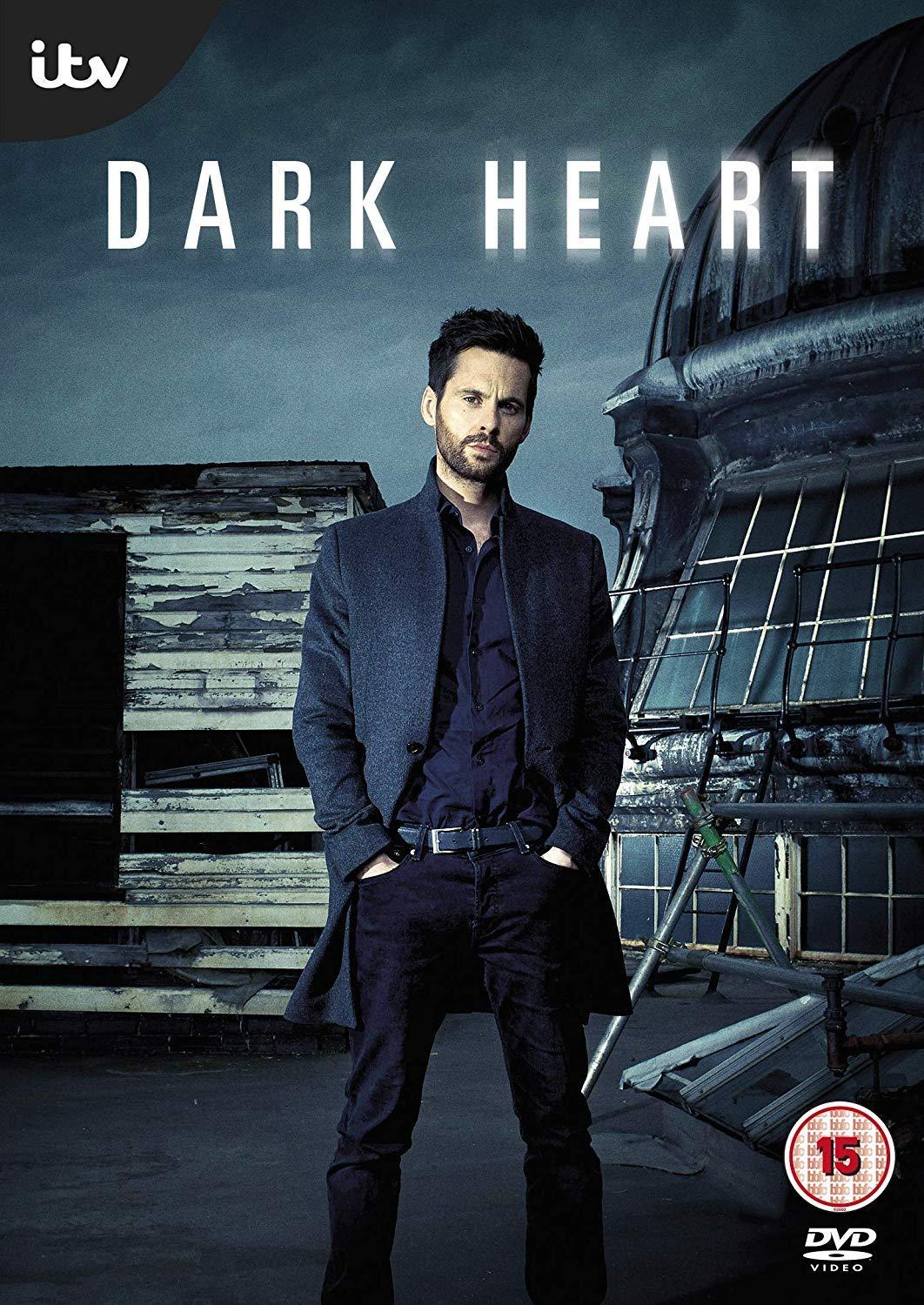 This latest ITV crime drama from the pen of Unforgotten's Chris Lang follows police detective Will Wagstaffe as he tries to solve a series of grisly crimes in London.

Tom Riley as Wagstaffe exudes a boyish petulance, leaving his character without the gravitas required to lead a murder investigation or to rough up the seedy suspects who fall in his path. With his groomed pretty boy looks and peevish demeanour, he seems more suited to working behind the bar in Hollyoaks than being a gritty professional.

As is par for the course with TV detectives, Wagstaffe has a troubled home life and a dark past, including the mysterious death of his parents during his youth.

This side of the series is pretty engaging, with Press's Charlotte Riley (no relation in real life) playing his sister, who's shacked up with a violent scumbag.

There's also intrigue with his lawyer ex, who still has brief encounters with him in and out of the interview room.

It's a shame then that the nitty-gritty of the murder cases is not as engrossing.

The series is divided into three cases of two episodes each, meaning none of the cases gets time to build up any suspense.

Indeed, inbetween the personal life interludes, the police procedural sections are rattled through so quickly it's hard to follow what's going on, still less to be intrigued by it.

Wagstaffe's police colleagues are uniformly unworthy of note, and for all the stylish camerawork and flashy editing, the whole thing lurches about a little.

It's disappointing pacing from Lang, who got it so right in Unforgotten.

The third of Dark Heart's cases is the best, and Wagstaffe's lack of weightiness even starts to work well for the character, offering hope that a second series will work the kinks out. 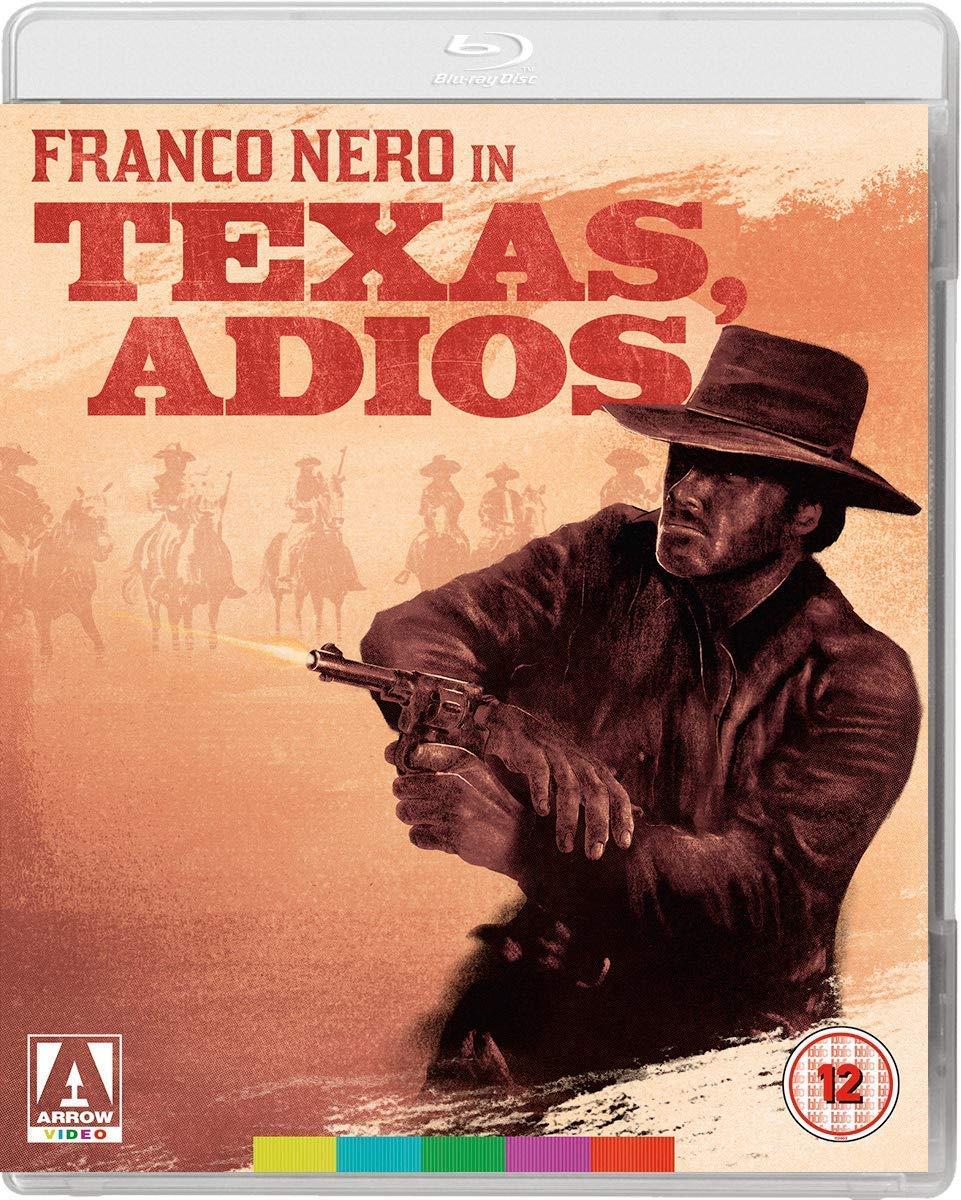 He travels to Mexico alongside his younger brother (played by Alberto Dell’Acqua) to capture the man who murdered his father, falling in with a group of Mexican revolutionaries on the way.

Texas Adios, marketed as Django 2  in some countries, is not the best known of the Spaghetti Westerns, but it ticks all the boxes which make it part of the genre. There are gunfights aplenty, ruggedly handsome, rough-and-tumble good guys and a villain who is incredibly dastardly from start to finish.

You’re unlikely to find anything which will surprise you in the plot, but it’s not without its charms.

That being said, the sheer number of gunfights turn the latter half of the film from excitement to a somewhat repetitive experience, which, alongside the nowadays questionable stereotypes may be off-putting to some viewers.

The Blu-ray contains a new audio-commentary by experts in the Spaghetti Western genre (C. Courtney Joyner and Henry C. Parke), and new interviews with some of the main cast.

Texas Adios is worth a peek for the curious, although you’ll probably want to watch some of the other, better-known Spaghetti Westerns first, such as The Good, The Bad And The Ugly. 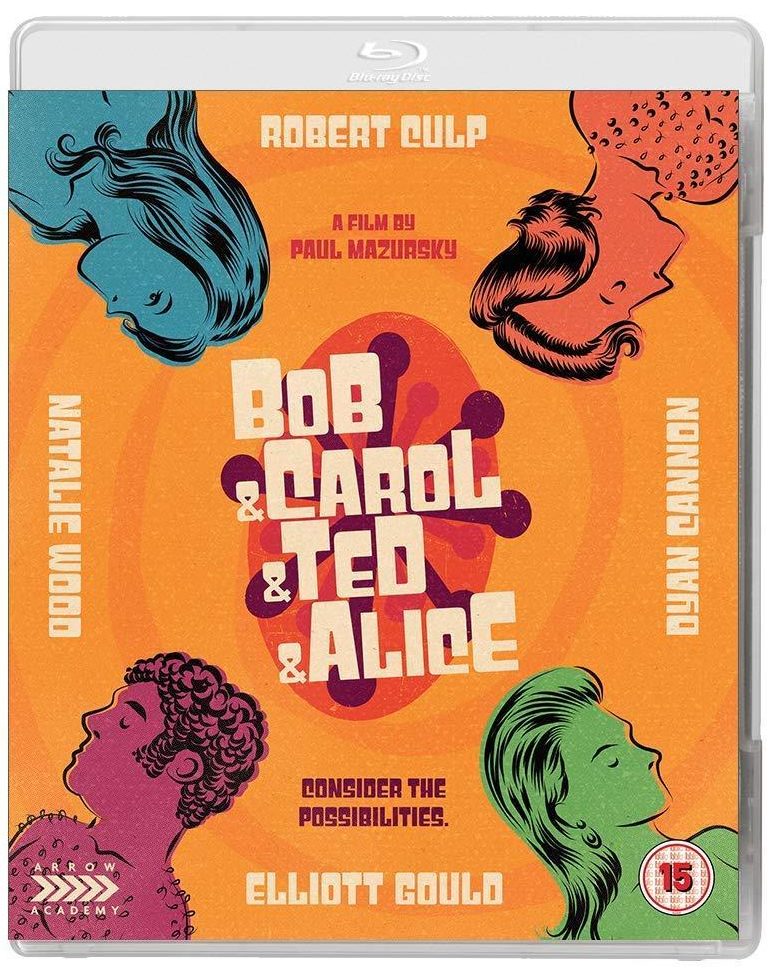 Two couples – one sexually adventurous, the other straight-laced – explore the boundaries of their friendship in this 1969 satire, newly restored for Blu-ray.

The husband and wife into free love are Bob and Carol (Robert Culp and Natalie Wood) who come back from a hippie seminar imbued with a willingness to indulge their extra-marital desires guilt-free.

Their friends Ted and Alice (Elliott Gould and Dyan Cannon) are by turns embarrassed, horrified and intrigued by this barrier-smashing, increasingly so when their own relationship loses its sexual spark.

With a Quincy Jones score and four Oscar-nominations, there's plenty of pedigree here.

But time has altered the impact of the film for the new viewer.

It's not so much that writer/director Paul Mazursky's work seems less taboo-breaking – it's more that its sense of comic absurdity is less obvious now, at least in the early stages of the film. Perhaps that's because it's easier to ascribe its quirks to generic 1960s hippie styling and assume it's playing it as a straight analysis of sexual politics.

Nonetheless, the acting and dialogue is good, the will they/won't they is tantalising and there are some thought-provoking themes raised.

It should appeal to fans of When Harry Met Sally and there are a couple of worthwhile extras on the disc. 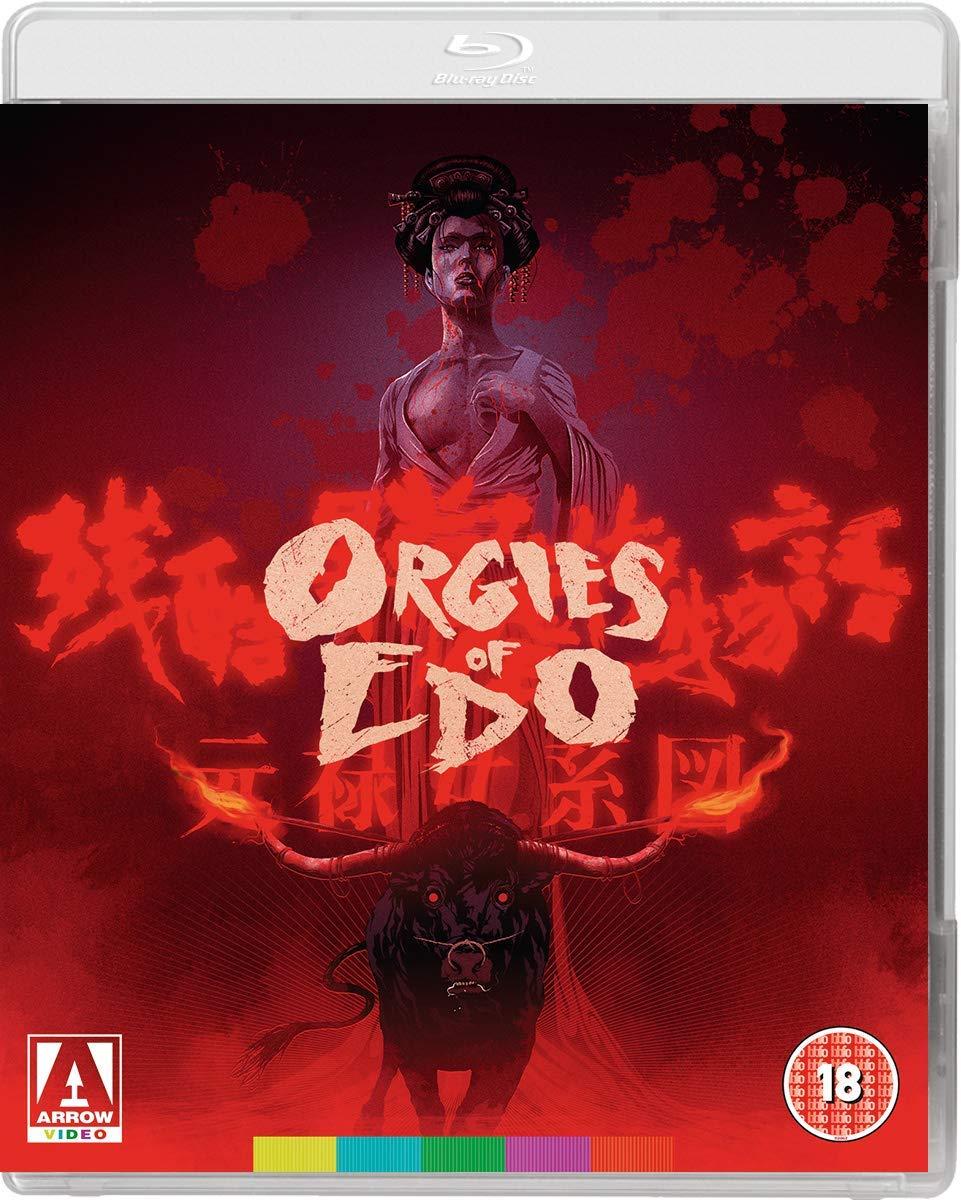 If cult Japanese films about moral sickness splattered in violence, sadomasochism, bondage, incest, dwarf-whipping and torture turn you on, you're bound to love this.

In his classic 1969 sexploitation flick, legendary director Teruo Ishii tells three tales of tragic heroines, loosely tied together in anthology style by the involvement of an impassive physician (Teruo Yoshida).

The second tale is about the daughter of a rich merchant whose insatiable appetite for filth and perversion draws her deeper into violence, darkness and betrayal. The last story tells of a sadistic lord who finds a young woman in his harem who shares his taste for pain and blood but who holds a secret that will bring him to ruin.

It's got some great hairstyles but questionable ethics so if you want a film to watch with the family after Christmas dinner, it's probably best to steer clear of this and stick to Die Hard instead.