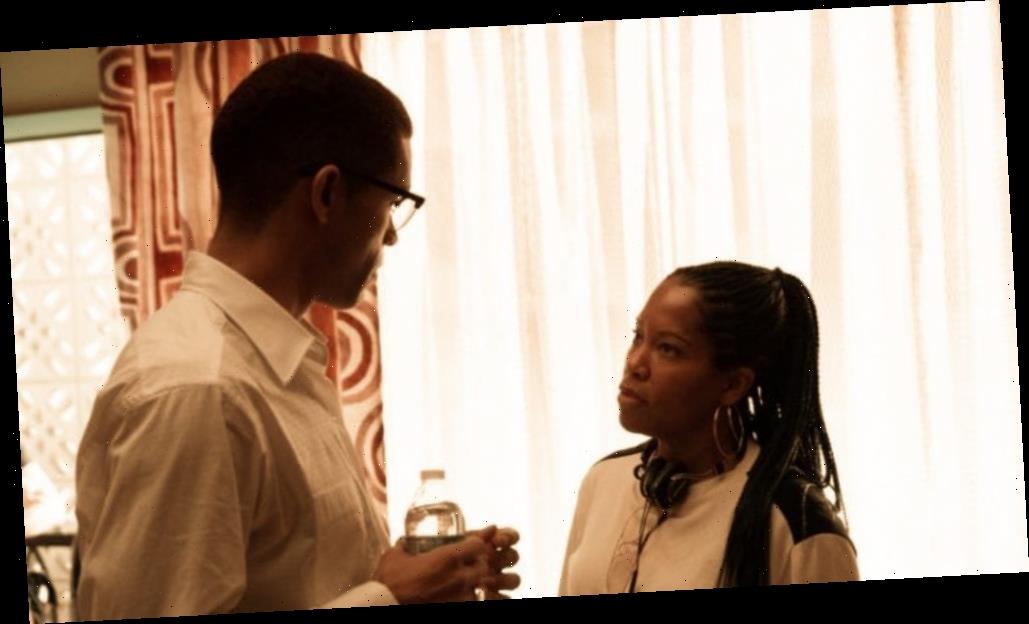 The year continues to provide plenty more surprises — and flies on the heads of politicians — and over the last week we saw “Dune” from Warner Bros. exit the calendar year, something that was very much expected around these parts. While many on the internet want to decry “the end of cinema” and that the film year is “canceled,” it’s time to start expanding your cinematic palates.

In terms of what it means to awards, an interesting observation is how young and “novice” the best director field seems this year. Traditional Oscar years have always had a good amount of the “OG masters” of cinema in the mix like Martin Scorsese or Steven Spielberg, which brought the average age of the nomination pool up considerably. In the current contenders for best director, Aaron Sorkin would be the oldest of the top five predicted lineup, at 59, for “The Trial of the Chicago 7.” David Fincher would be close behind at 58 for helming “Mank.” Regina King will be fabulous 50 by the time of nominations while “The Father” director Florian Zeller, 41, would add to the representation for their first feature debuts. “Nomadland” director Chloé Zhao would be the youngest of the group at 38 (at the time of nomination and then 39 by Oscar night). None of them would rank among the top 10 youngest nominees or winners when nominated but as an average, the group would be in the top 10 youngest directing lineups ever at 49.2.

The youngest average group occurred at the ceremony that celebrated 1999 in movies. Lasse Halstrom (53) Spike Jonze (30), Michael Mann (57), Sam Mendes (34), and M. Night Shyamalan (29) at the 2000 ceremony had an average age of 40.6. The 1995 film year celebration had the smallest career body of work among the nominees. Mike Figgis of “Leaving Las Vegas” (6), Mel Gibson from “Braveheart” (2), Chris Noonan of “Babe” (1), Michael Radford (4) and Tim Robbins of “Dead Man Walking” (2) had an average of three films made prior to their nominations. With Fincher’s robust 12-feature career, the average of the predicted five currently sits at 3.8. If someone like Shaka King (“Judas and the Black Messiah”), Lee Isaac Chung (“Minari”) or Liesl Tommy (“Respect”) wiggle their way past him, we could have an average of two films made by the Oscar nominees. At this time of writing, George C. Wolfe (“Ma Rainey’s Black Bottom”) is the oldest director in contention for a nomination at 66.

While youth and a fresh perspective are in the directors’ favor, the acting side has the potential to break a record held by the 1981 film year. During that ceremony Henry Fonda (77), Katharine Hepburn (76), John Gielgud (74) and Maureen Stapleton (56) set an average age record of 70.8 years old. Fonda also became the oldest best actor winner in history, a title he still holds. This year, the veterans are in full force and receiving standout notices and a high amount of buzz for their upcoming turns.

Some of those veteran frontrunners include Anthony Hopkins from “The Father” (83 on nomination day), Michelle Pfeiffer from ‘French Exit” (62), David Strathairn of “Nomadland” (72 on nomination day) and Glenn Close of “Hillbilly Elegy” (74 on nomination day). If this quartet were to win their respective categories, the average age would be 72.8, another record. Even other contenders like Delroy Lindo (68 on nomination day), Frances McDormand (63), Bill Murray (70) and Meryl Streep (71) keep that average number considerably high.

If Hopkins manages to win his second statuette 29 years after “The Silence of the Lambs,” he would become the oldest acting winner in any category. Christopher Plummer won best supporting actor for “Beginners” at the age of 82 and holds the record for oldest nominee ever at 88 for 2017’s “All the Money in the World.” If just nominated, Hopkins becomes the oldest nominee of the best actor surpassing Richard Farnsworth from “The Straight Story,” who was 79 at the 1999 ceremony. Close would be the third-oldest winner of the supporting actress category but if she comes up short, she would not place in the top 10 of the oldest nominees. Ellen Burstyn, who delivers a noteworthy performance in “Pieces of a Woman,” could also take the mantle from Plummer as the oldest nominee ever, as she would be 88 and 139 days old, edging out Plummer by 98 days.

All this can change and be irrelevant if Daniel Kaluuya (“Judas and the Black Messiah”), Vanessa Kirby (“Pieces of a Woman”), Leslie Odom, Jr. (“One Night in Miami”) or Saoirse Ronan (“Ammonite”) gain ground. Ronan would break a record held by her co-star Kate Winslet as the youngest actress to receive five nominations, at 26. Winslet was 31 at the time of her nomination for 2006’s “Little Children.”

Check out the latest Oscar predictions including the first for best documentary feature. To see all the top predictions, of all categories in one place, visit THE COLLECTIVE. To see each category’s full ranking, go to THE AWARDS HUB.

Everything to know about Kortney Wilson’s soap opera career