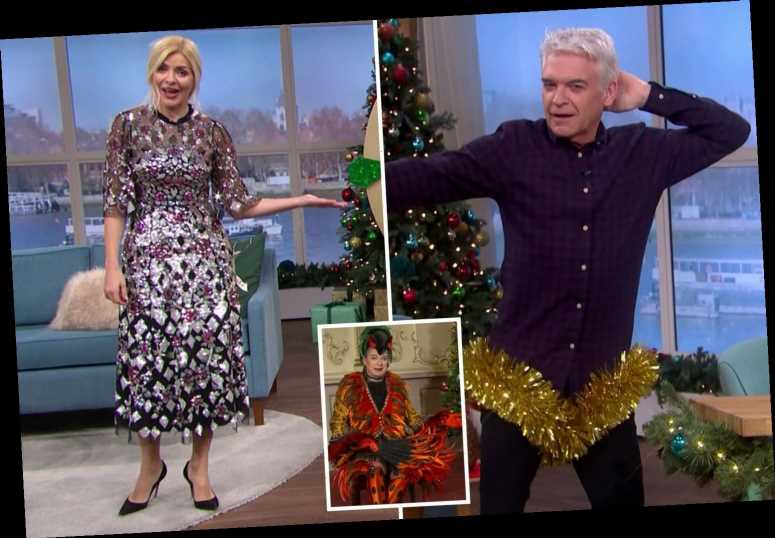 THIS Morning fans were left shocked after a pantomime chat on the ITV show saw  Holly Willoughby and Phillip Schofield back and forth with filthy innuendos about 'D**k'.

Talking about their upcoming panto at The Palladium, Nigel Havers and Julian Clary joined the daytime hosts to discuss all things showbiz. 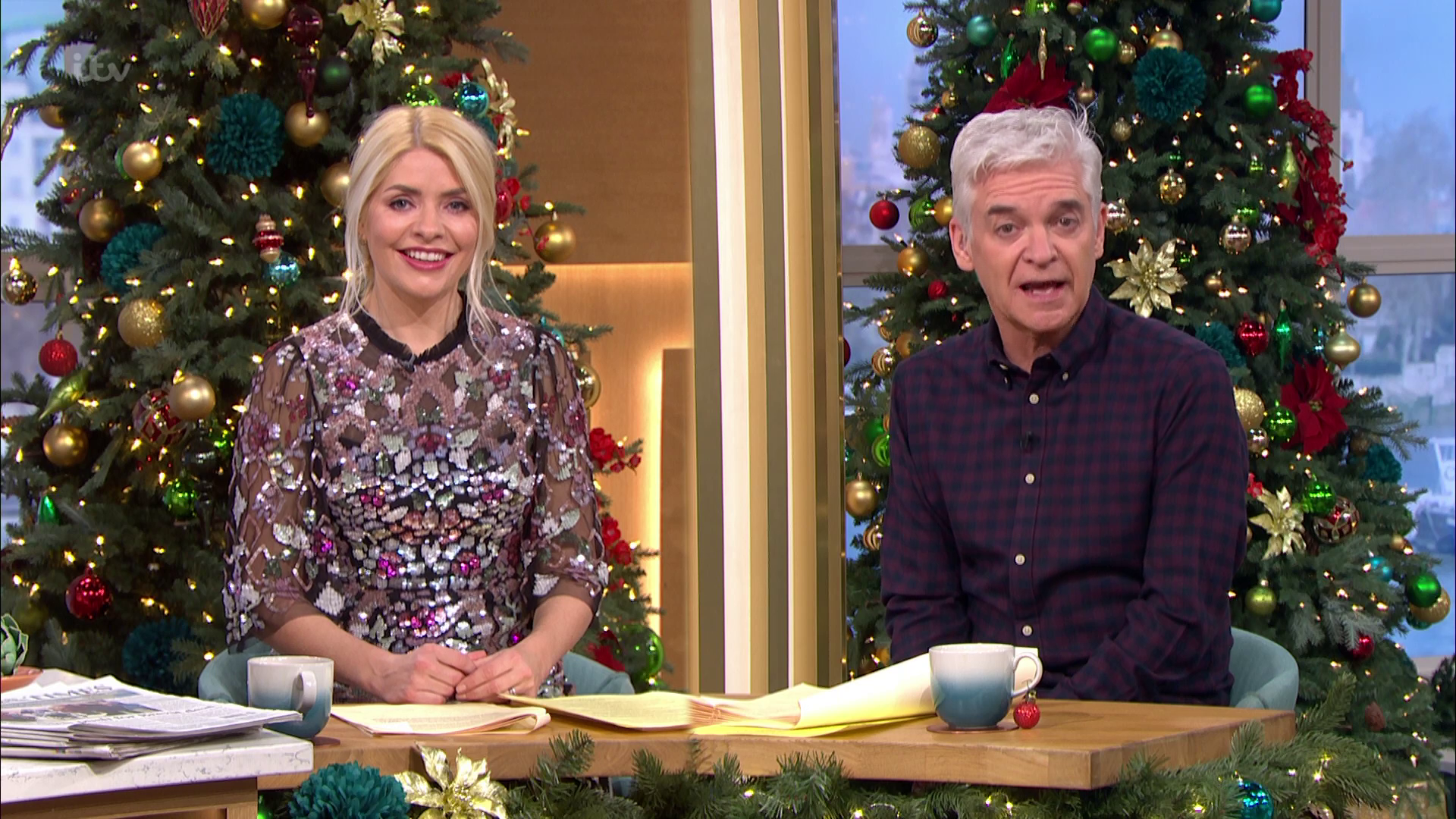 Live on air, the foursome discussed which characters would make an appearance in the mash-up ITV performance, featuring all of the show's regular faces.

Looking for advice, Holly, 39, asked the comedic duo if they had any advice for her upcoming performance in the This Morning Christmas pantomime.

"We could like a bit of help as this Friday we're putting on a panto and I've never been in a panto in my life," mum-of-three Holly told the guests.

"We've got Biggins, so we've got some help here," she continued, before asking: "Any advice from both of you?" 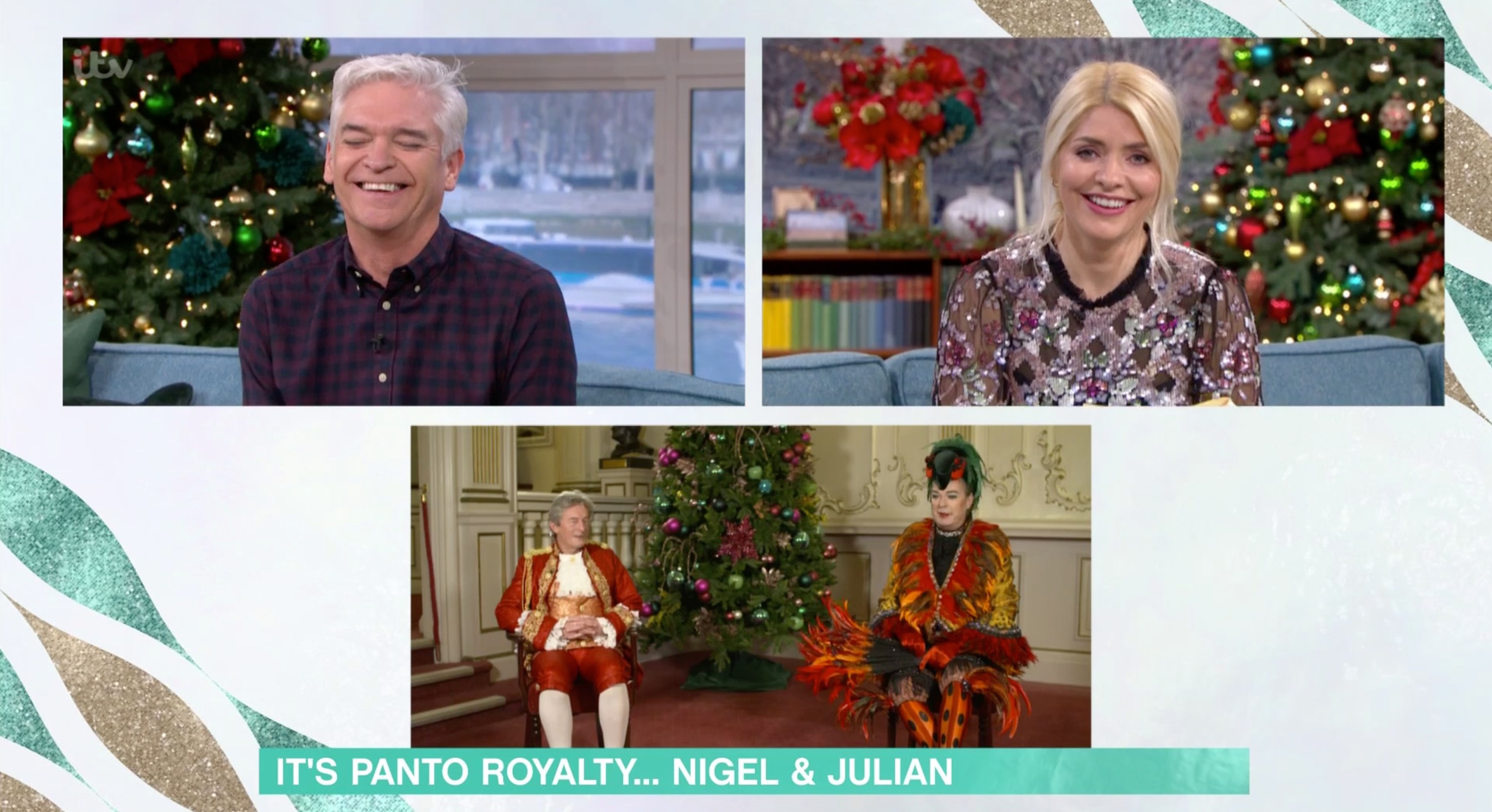 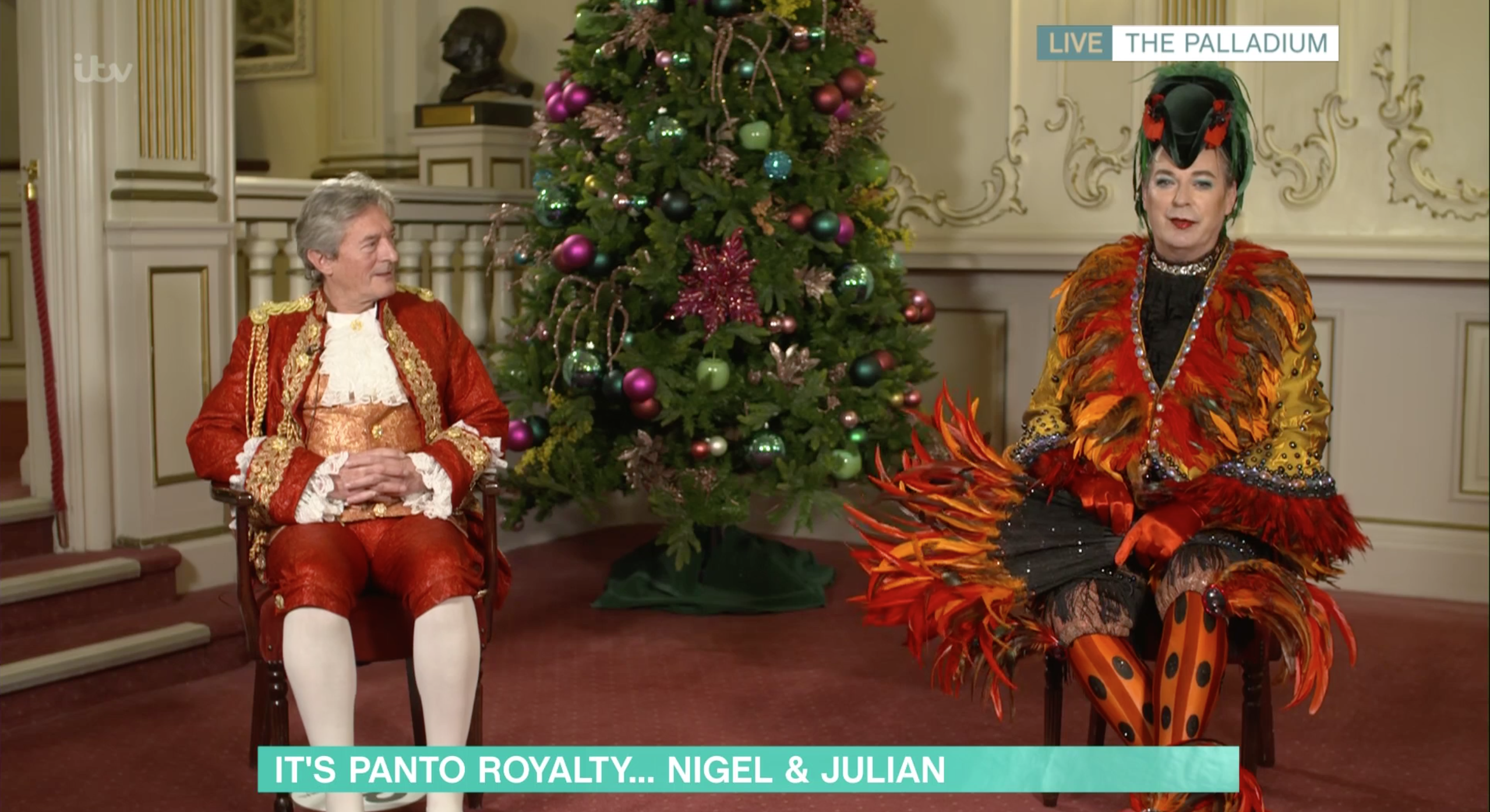 Phillip, 58, raunchily continued the train of innuendos: "Quite a lot actually."

Brushing over the exchange with laughter, with the film crew audibly chuckling in the background, viewers took to Twitter to share their outrage.

"Now innuendos about having too much d**k on morning TV," wrote one woman. "Need to tone in down a bit." 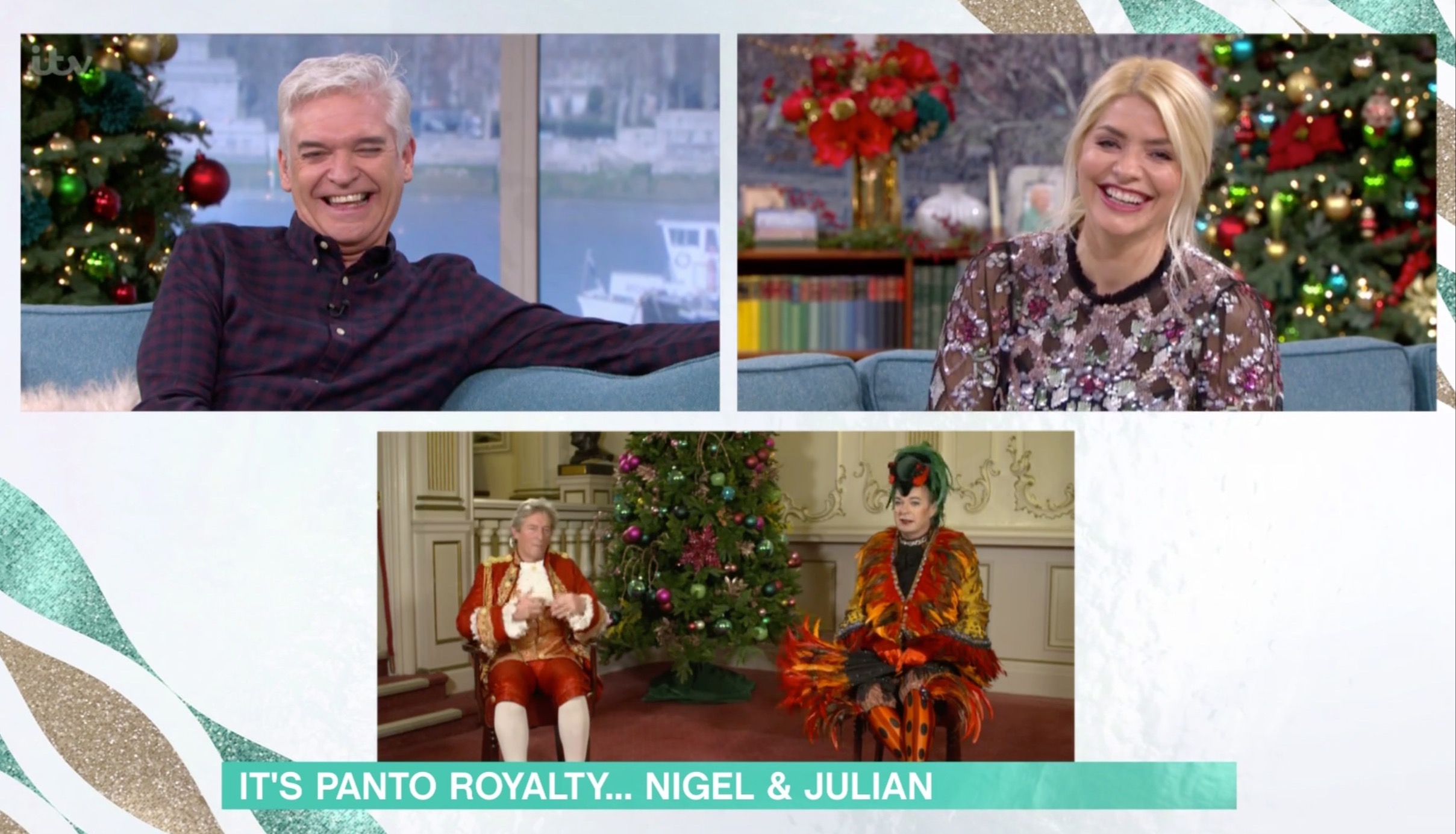 Another agreed: "There was no need for Phillip's childish remark referring to D**k in response to Julian Clary."

Earlier on in the show, fans were again stunned by a bout of rudeness, when Phillip wrapped tinsel around his waist and began grinding impromptu to George Michael's Careless Whisper.

"I can't un-see Phillip thrusting his tinsel penis," one fan wrote on Twitter, before adding: "The panto jokes too, it's just too much."

It comes just days after Holly left viewers in stitches thanks to a smutty remark while interviewing stage-show legend Christopher Biggins. 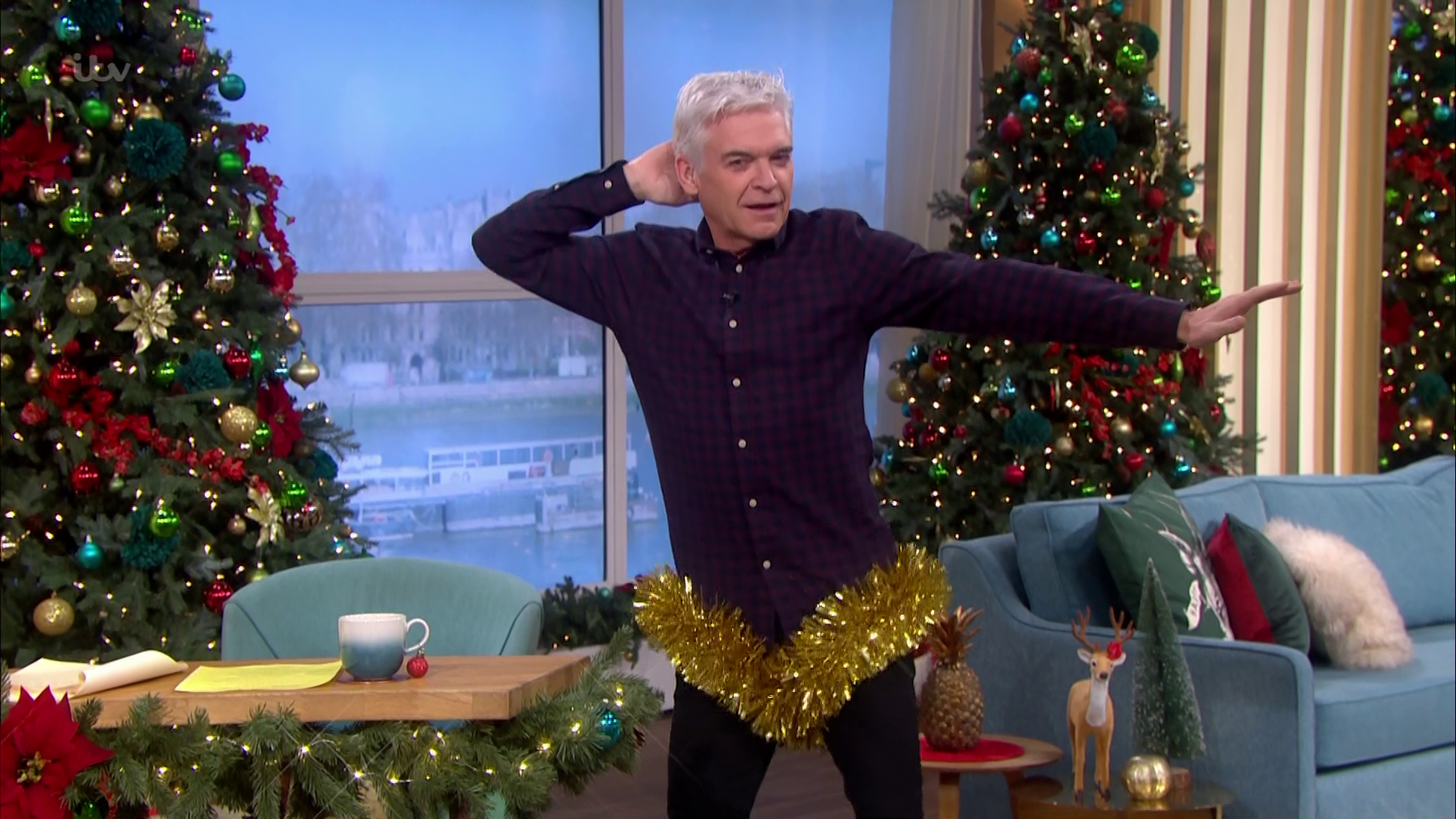 The pair were joined by 71-year-old Biggins, who prompted the host to recall the famous line from pantomime Dick Whittington.

While slapping her thigh, Holly said: "12 o'clock and there's still no sign of D**k. I think I delivered that well!"

The innuendo didn't go amiss with fans of the show, with one commenting on Twitter: "It's just not Xmas without D**k is it Holly."

Man Utd, Arsenal and Tottenham set to scout Leon Bailey as they weigh up transfer for Bayer Leverkusen star

How old is Zara Tindall and how did she meet her husband Mike? – The Sun
World News