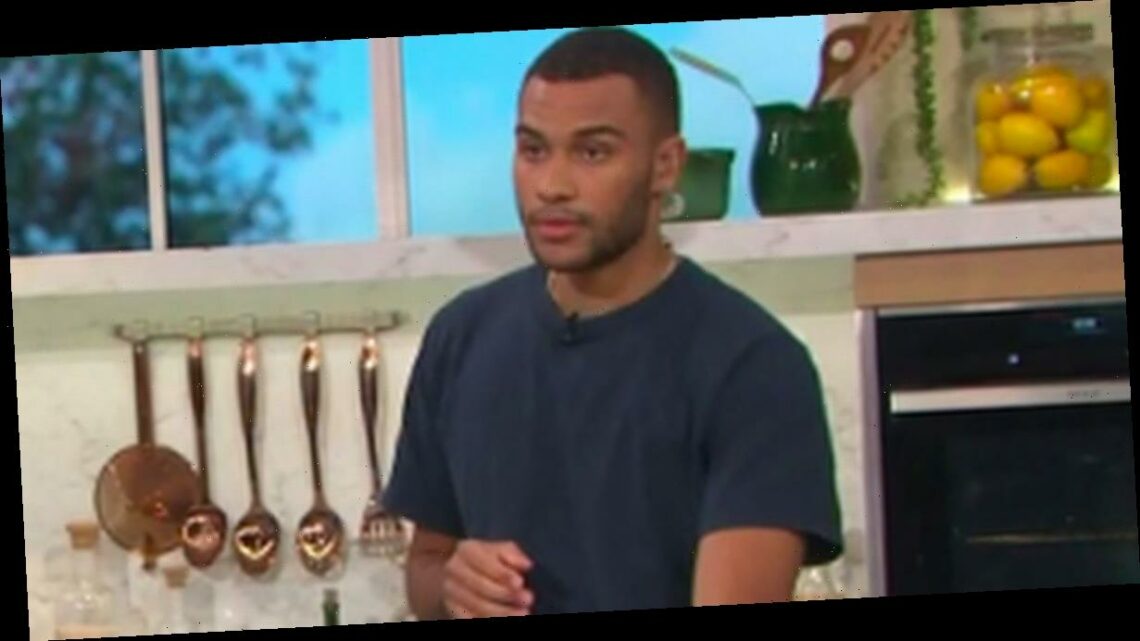 This Morning fans found themselves feeling a little flustered during Monday's episode, as a hunky chef turned up the heat in the ITV kitchen.

Joseph Denison Carey, who founded The Bread and Butter Supper Club in East London, joined Holly Willoughby and Phillip Schofield in the studio to prepare a chicken noodle soup, complete with diced veggies and a healthy broth.

Gesturing to the steaming bowl of autumnal soup, he explained: "It's one of the easiest dishes I know how to make."

As he demonstrated a few clever cooking hacks behind the stove, certain viewers found they were a little distracted by his looks.

Taking to Twitter, This Morning fans swooned over the talented chef, as they begged ITV to invite him back for more sessions.

A second added: "Joseph is gorgeous! Could watch him cook all day."

"Joseph is the main dish," chimed a third.

And a fourth swooned: "Joseph the sexy chef."

Holly and Phil let Joseph in on an insider's secret on today's show – sometimes they tune the chefs out during the cooking demos.

Keen to dig into the hearty bowl of soup, Phil said: "We just listen to you and eat it."

While Holly confided: "Sometimes we don't even listen, we just munch away."

The culinary expert first appeared on the show back in June, preparing a fried chicken thigh sandwich from the comfort of his kitchen.

During his debut appearance, Holly revealed she has known Joseph since he was young, as she celebrated his television debut.

She said: “Joseph I have known since he was teeny teeny tiny, so it's really weird for me to sit here now and see you all grown up on the telly! Are you ok?"

Plugging the young chef’s experience, Phil added: "Your pedigree is amazing, you were running Bread and Butter Supper Club in Hackney before lockdown, with your mates.

"But you've lived in Italy, worked under Michelin-starred chefs, this is a hell of a pedigree!"

Joseph answered: "Yes, thank you! I moved to Italy just after school, it was terrifying but amazing, I learnt some wicked skills over there that I will never forget."