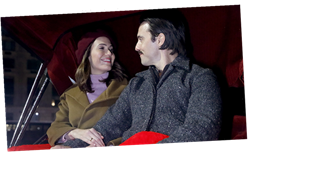 As broadcast networks rejigger their fall schedules amid the pandemic, NBC has laid out a programming plan for the next several months, which includes a delayed roll-out for the majority of its scripted favorites. Many of its returning dramas — This Is Us and the OneChicago franchise among them — will instead premiere in November following Election Day.

This Is Us will return for season 5 on Tuesday, Nov. 10 at 9 p.m. ET/PT with a two-hour premiere, even though the family drama has yet to resume production. The upcoming season will incorporate the coronavirus into its storyline, creator Dan Fogelman revealed on Twitter earlier this month: “We’ve decided to attack things head on.”

Chicago Med, Chicago Fire and Chicago P.D. will premiere their respective seasons on Wednesday, Nov. 11 starting at 8 p.m. ET/PT.  The week continues with the season 22 premiere of Law & Order: SVU on Thursday, Nov. 12, and caps off with the season 8 launch of The Blacklist on Friday, Nov. 13.

Superstore, which is expected to wrap up outgoing star America Ferrera‘s arc in the season 6 premiere, has been set for a Thursday, Oct. 22 return.

Below is NBC’s fall schedule.