Home » TV & Movies » This Is Us: Griffin Dunne Teases Nicky's 'Very Emotional' Thanksgiving Reunion — and His Bond with an Aging Rebecca 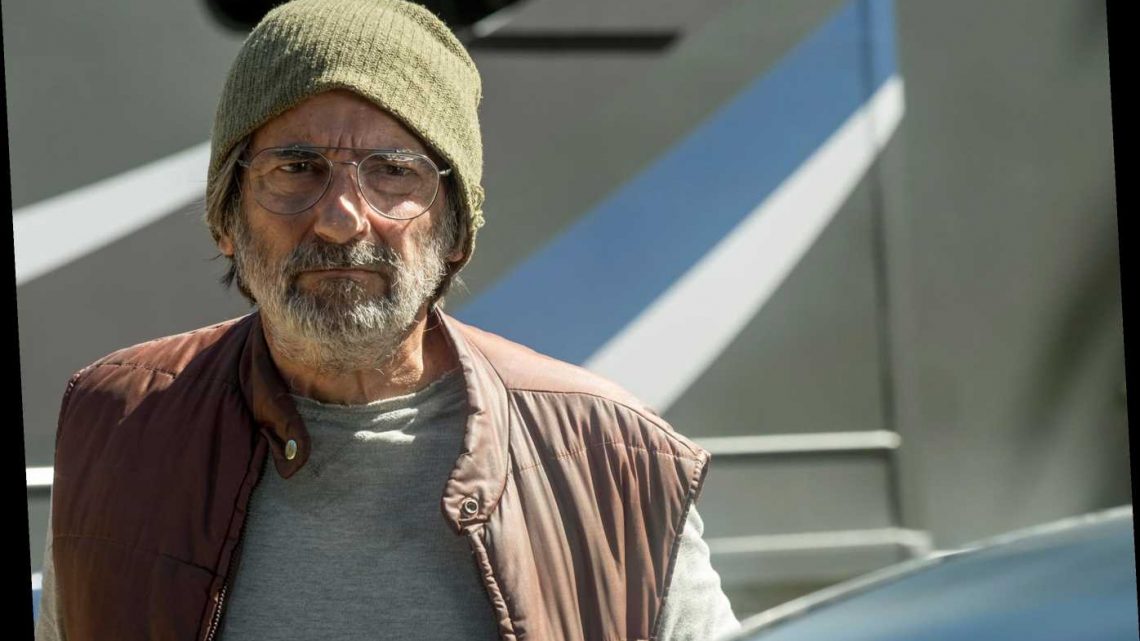 This Is Us: Griffin Dunne Teases Nicky's 'Very Emotional' Thanksgiving Reunion — and His Bond with an Aging Rebecca

From being a stubborn grouch to having a new lease on life, Nicky Pearson appears to have made a 180 on This Is Us.

In the latest episode, titled “Sorry,” Uncle Nicky (Griffin Dunne) faced his day in court after throwing a chair at a window in an act of frustration. Though he proved to Kevin (Justin Hartley), Cassidy (Jennifer Morrison) and the judge that he is a changed man, the roles reversed as Kevin became the one in need of saving after he slept with Cassidy and believed he was a “human wrecking ball.”

While Nicky and Cassidy seemingly found their happy endings, Dunne, 64, tells PEOPLE that there are “very emotional” moments ahead as Nicky and Kevin head to Philadelphia for Thanksgiving with the rest of the Pearson family.

“It ends up where they both kind of saved each other. I don’t think that’s something that Nicky had ever done before of having that kind of care about somebody else. Not since he got back from Vietnam did he invest actual feelings in another person,” the actor explains of Nicky and Kevin’s time together in Bradford. “Nicky’s a cranky old guy who, in this very episode, realizes how much he cares for Kevin and how difficult, yet how grateful, he was to accept that he needed help. That’s sort of like [Nicky’s] turning point.”

Going forward, Nicky presumably will be focusing on his sobriety and relationship with his nephew. And this fresh start may be reflected starting at the Thanksgiving gathering in the mid-season finale.

“One of the things that Nicky is most struck with is one of the things he comes to terms with: a sea change happens in him from being so angry that his brother Jack told everybody he was dead. He was just ignored by Jack,” Dunne foreshadows. “It brings it home to go to a family that didn’t know you existed and see all their family portraits and see there’s nothing of you. And it’s as if you were invisible all these years.”

The actor adds, “He comes to terms with really understanding why Jack did that, taking responsibility for his brother doing that and kind of grateful that he’s got a family. There really is a family out there for him, which he will see on Thanksgiving.”

Nicky won’t be the only new face on Thanksgiving. Randall’s daughter Deja, who was adopted, has invited her biological mother Shauna to the dinner. “I think all Thanksgivings for a family has this element of awkwardness to it,” Dunne jokes. However, Nicky “gets closure and comes to terms with why his brother portrayed him as being invisible, dead and forgotten. How that comes about is very emotional and beautifully written,” according to the star.

Also during Tuesday’s episode, Dunne shared the screen with Milo Ventimiglia’s Jack when Kevin starts to see his late dad in his uncle. “It’s such a complicated thing where you have a nephew who misses his father from a very young age now looking to his uncle as a fatherly figure when it’s his own brother that told him he was dead,” the actor explains. “It’s all a big complicated emotional mess, which [creator and showrunner] Dan Fogelman specializes in.”

Though Ventimiglia’s character is dead in the present day, Dunne says Jack will be everpresent, especially in Nicky’s relationship with an aging Rebecca (Mandy Moore).  “Jack took great care of us both when he was alive, when Nicky was a little boy and he was an older brother. So Rebecca and Nicky definitely share something, someone that we both miss very much,” he says.

Dunne also teases a reference from the season 3 finale’s flashforward, in which fans saw Nicky with Rebecca in hospice.

“I think Nicky ended up at that bedside presumably because Rebecca and Nicky grow very close,” he says. “I’m not quite sure how Nicky got there to that bedside. I know a little bit, but I gather that it starts with that Thanksgiving and it going well enough for him to allow himself to be part of this new family.”

Will Cassidy Return To ‘This Is Us’? Fans Are Wondering What’s Next