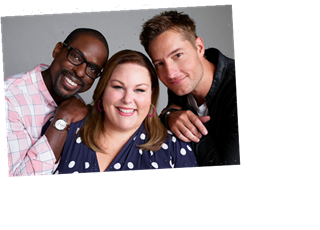 In these tough, quarantine times, even This Is Us‘ touchy-feely Pearsons have been reduced to virtual family gatherings.

Monday, Aug. 31, marks the 40th birthday of The Big Three — aka Randall, Kate and Kevin Pearson. The annual event was the focus of the series’ premiere, and has been referenced in some fashion near the start of every season since then.

Ahead of the NBC drama’s two-hour Season 5 premiere on Tuesday, Nov. 10, the actors who play Jack and Rebecca’s kids celebrated their characters’ big days with cake and a little singing, captured in the video below.

“We turn 40 this year, which is extremely impressive, because we are TV characters,” Shroyer notes in the video. “My wish for The Big Three,” Hartley says while digging into a cake, “is that, first of all, Kevin and Randall can somehow figure out their differences.” And “I can’t wait to see my family,” adds Brown, who is flanked by his real-life sons Andrew and Amare.

Fans will remember that in a Season 4 flash-forward, Kate and Kevin were gathered at the family’s cabin to ring in their 40th year together. Kevin’s pregnant fiancee (whom we have since learned is Madison) was there, but Randall was not.

When is the Gossip Girl reboot happening? – The Sun