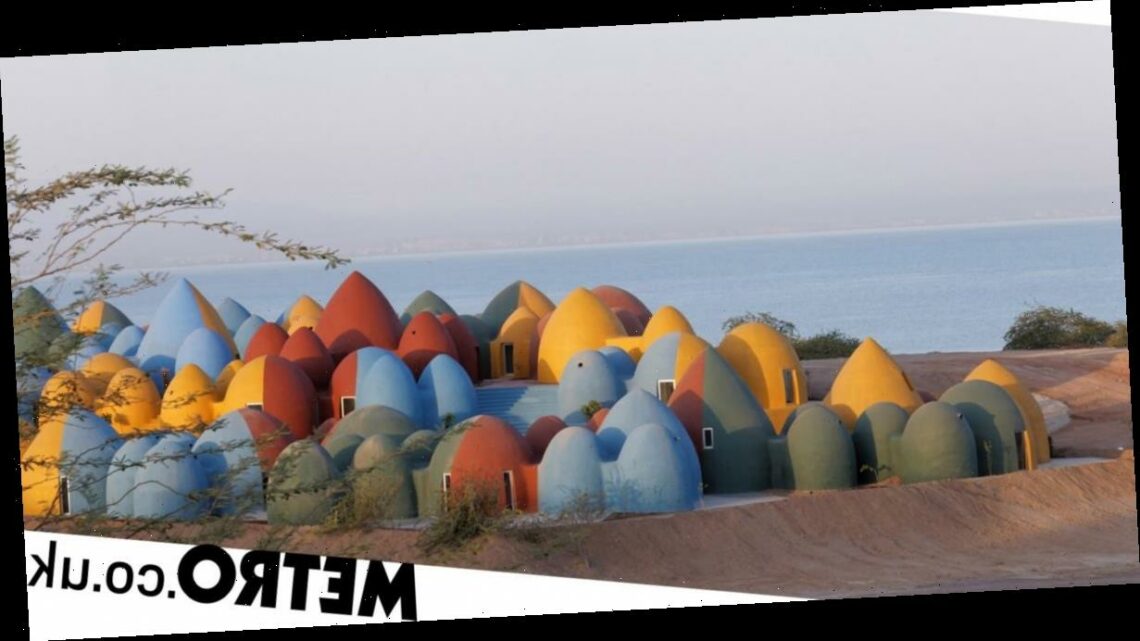 The picture above might look like an artsy shot of a load of beauty blenders, but it’s actually something much cooler.

These colourful domes are homes on the island of Hormuz, off the south coast of Iran.

The dome homes are part of a project called Presence In Hormuz, which will see the communal buildings soon begin to house some of the island’s 5,900-strong population.

ZAV Architects are the team behind the work, creating the homes with sandbags filled with sand from the beaches of Hormuz.

A spokesperson for ZAV Architects, based in the Iranian capital city of Tehran, said: ‘It is as if the earth has swollen to produce space for accommodation.

‘A carpet is woven with granular knots inspired by the particles that make up the ecotone of the island.

‘The sandbags that create the spatial particles (aka domes) are filled with the dredging sand of the Hormuz Dock.’

The island is just 42 square kilometres and is mostly beach, so innovative approaches to property are needed.

These domes could be the answer.

Each one has living accommodations, with interconnected communal dining, laundry and prayer areas throughout.

There are also clusters of the structures that serve as souvenir shops, a tourist information centre, and a beauty salon.

The idea is to bring together tourists and the community in a shared cultural space, in an effort to tackle the island’s economic struggles.

Less importantly, the buildings also look pretty cool, from the outside and within.

How old is The Voice 2020 winner Carter Rubin?
World News