This Morning: Phillip demands a gift from Susan Sarandon

It’s been 30 years since Ridley Scott’s Thelma and Louise hit cinemas. And this week Geena Davis and Susan Sarandon attended a charity screening of their Oscar-winning movie at the Greek Theatre in Los Angeles. During the pre-show Q&A, the actresses and screenwriter Callie Khouri reflected on the film’s backlash from some male critics when it first released.

During one scene, Louise shot dead a man who was trying to rape Thelma at a bar, so the pair flee to Mexico from the police.

While Thelma and Louise was lauded for its depiction of independent women and female empowerment at the time, some male critics were offended by the way men were depicted and the violence inflicted against them.

According to The Hollywood Reporter, screenwriter Khouri remembered being “completely shocked” by some of these responses in the reviews. 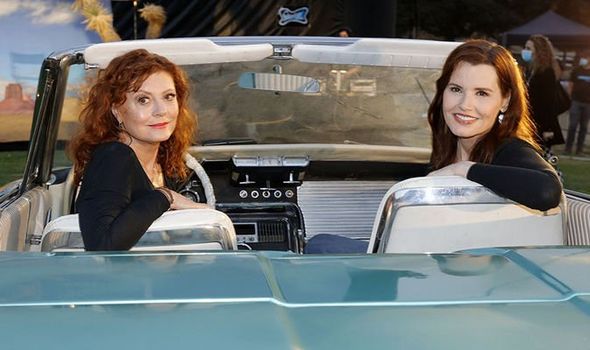 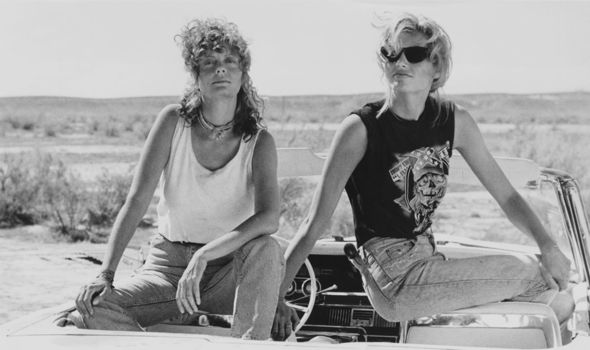 Khouri, who won an Oscar for her Thelma and Louise screenplay, said: “With all the murder and mayhem that you see in movies that male critics would be going, ‘They killed the guy.’

“But it was just one guy and he had it coming,” she said of the male character who was shot dead by Louise after his attempted rape on Thelma.

Khouri even remembered one critic, US News and World Report’s John Leo, who called the movie “Neo-fascist”.

The screenwriter said: “ I was like, wow, you really got to have your tighties in a wad to call this movie neo-fascist after all the bulls*** that women have had to put up with in every movie that’s ever been made.” 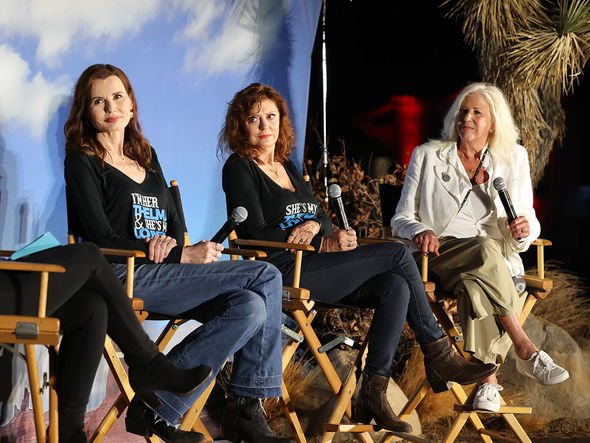 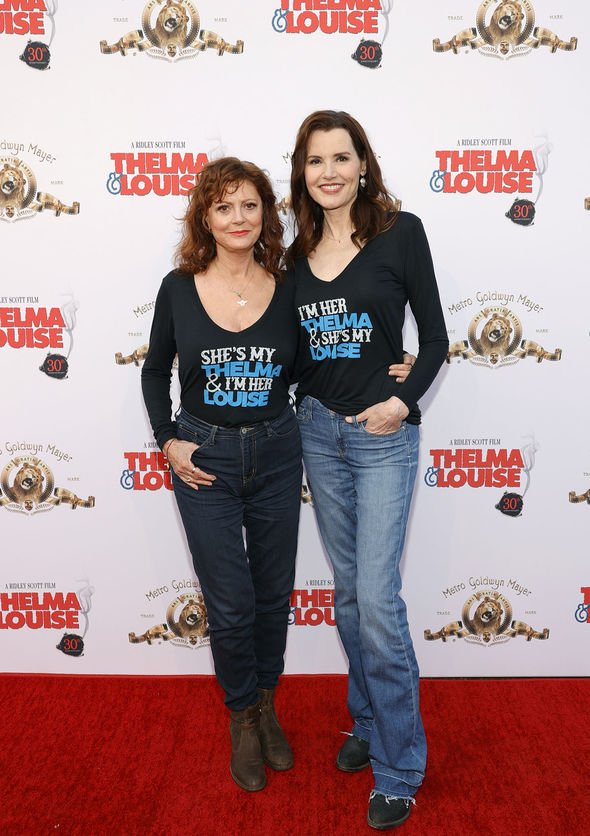 While Susan said: “I completely underestimated that we were backing into territory held by white heterosexual males.

“They got offended and accused us of glorifying murder and suicide and all kids of things.

“It didn’t seem like a big deal, it seemed like it was unusual that there would be a woman that you could be friends with in a film.

“Normally, if there were two women in a film, you automatically hated each other for some reason. … Next thing we knew, all hell broke loose.”

Thelma and Louise has a Rotten Tomatoes score of 85 per cent positive reviews.

The site’s consensus reads: “Simultaneously funny, heartbreaking, and peppered with action, Ridley Scott’s Thelma & Louise is a potent, well-acted road movie that transcends the feminist message at its core.”

The Oscar-winning movie has been praised for its feminist overtones, challenging traditional male-female relationships and changing the usual gender roles of a road movie.

However, the New York Post’s Kyle Smith argues that Thelma and Louise actually fails miserably as a feminist film.

Smith wrote that Thelma and Louise is “a misogynist tale about unbelievably ditzy women who lose what remains of their reason under pressure and suffer the ultimate punishment.”

In total, the film was nominated for six Academy Awards, with both Susan and Geena receiving nods in the Best Actress category.

While in 2016, the crime drama was selected by the US Library of Congress for preservation in the National Film Registry, finding the movie “culturally, historically, or aesthetically significant.”