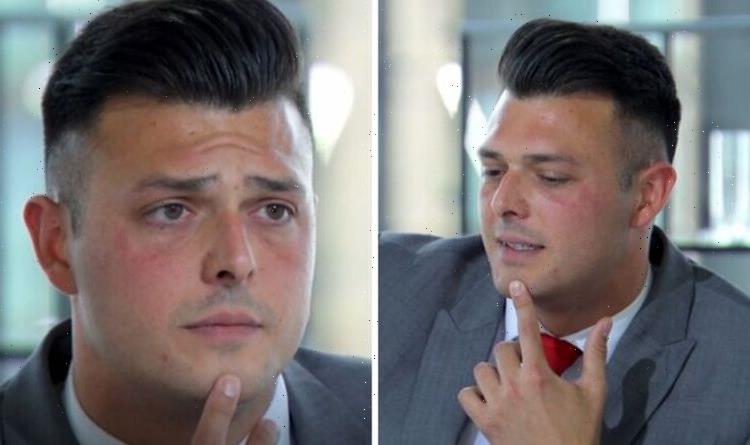 The Apprentice: Harpreet wins the 2022 series

Former The Apprentice star Lewis Ellis, 32, spoke exclusively to Express.co.uk about his time on the 2019 series of the popular BBC programme. Ellis made it all the way to the final in the 15th series of the hit BBC programme, and he explained why the aftermath of being a part of the competition was “the weirdest experience” due to the public reaction and the way in which the show changed his life.

“Following the show, it was the weirdest experience,” the entrepreneur commented.

He added: “I had everything, from people chasing me down the street for a photo, to barraging my inbox with endless nudes and requests for dates.

“Fast-forward a couple of years and I still find the show helps me in terms of growing my own business.

“People remember you were on the show, and it’s almost like a badge of credibility when speaking to someone new for business or making a deal.

“I guess people feel you have to be legitimate to have managed to get on the show.

“It’s a little bit of a misconception but I’ll take all the help I can get,” he said.

When asked if he was glad he decided to take part in The Apprentice, Lewis replied he was.

“For me, it was a lifelong goal to become a business owner,” he reflected.

Lewis explained: “I just knew I didn’t fit in and a standard 9-5 would never work for me.

“So to be accepted onto something seen as the UK’s best business show, it was a time for me to test out if it’s something I could do.

“Was I a business owner in the making, or just a dreamer? I luckily found the former to be true and quickly realised there is no one-size-fits-all personality when it comes to an entrepreneur.

“And all you had to have was determination and unwavering grit. Since leaving and going on about my life, I now understand it was a moment of realisation getting through to the final five. I felt I could do anything!” he added.

Talking about how he still gets recognised today, Lewis commented: “Funny thing is, I do actually occasionally get people asking me in bars, clubs or like last week I was in Thailand chatting to a guy who after like 30 minutes eventually just asked ‘did you go on the Apprentice?’

“Almost a lifetime ago. I do enjoy still talking about it and answering the same old questions, ‘did you wake up that early’, ‘do you only have 20 minutes to get ready’, ‘did you and Lottie s***?’ – memories!” he exclaimed.

In terms of his business Hiddn Travel, Lewis explained how the pandemic affected the launch.

He stated: “Following the show I actually fully revamped the initial business idea for Hiddn Travel and then we ended up having Covid hitting us so it ended up lying dormant since.

“I also lost my job when the pandemic hit so founded Hussel Marketing to survive.

“It’s been almost two years and the bailiffs haven’t taken the car so I’m going to count that as a success!

“Hiddn Travel is now looking set to launch its first trip in 2023. Despite running my own business for nearly two years, I can now safely say there is no secret, you just have to roll with the punches and deal with being skint. All I can do is hope this works out and I get where I’m going,” he explained.

The Apprentice is available to watch on BBC iPlayer.