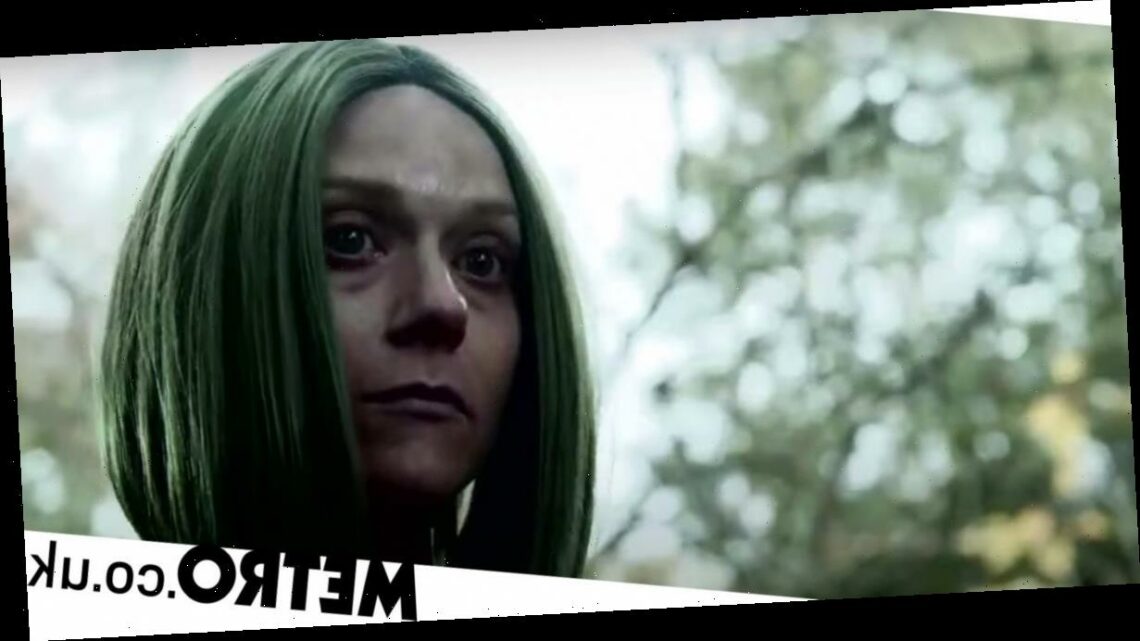 The Walking Dead’s latest production sneak peek has finally given us our first major look at Lucille – Negan’s ill-fated wife.

In the upcoming bonus episodes of the apocalypse drama, Lucille (Hilarie Burton) and her tragic backstory with her husband (Jeffrey Dean Morgan).

Played by the real-life husband/wife duo, a real glimpse into how Negan became the twisted vengeful leader will be shown for the first time.

We already know that Lucille had pancreatic cancer back before the zombie outbreak, but later reanimated leaving Negan devastated.

But the truth is about to come out – has the reformed leader told us everything, or has he been hiding something even more heartbreaking?

In the clip, a dazed looking Lucille is seen in a bobbed wig, and a bright stare as she begins to succumb to her illness.

Negan is then seen with a sad look in his eyes, as he winks presumably at her.

While the teaser only showed Lucille for a second, we know that it’s going to be worth the wait.

The flicker of what’s to come is part of a series of six bonus episodes, which will tide fans over between seasons 10 and 11.

The episodes will also mark a catch up with Maggie (Lauren Cohan) explaining where she’s been after leaving Alexandria, and the people she met along the way.

A synopsis of all the episodes reads: ‘We find our survivors trying to pick themselves up by their bootstraps following the destruction the Whisperers left in their wake.

‘The years of struggle weigh upon them as past traumas surface, exposing their more vulnerable sides.

‘As they question the state of humanity, the state of their collective community, and the states of their minds, will they find the inner strength to persevere with their lives, friendships, and group intact?’

The Walking Dead returns February 28 on AMC and Fox.

Cuomo CANCELS his Thanksgiving after saying his mom was coming