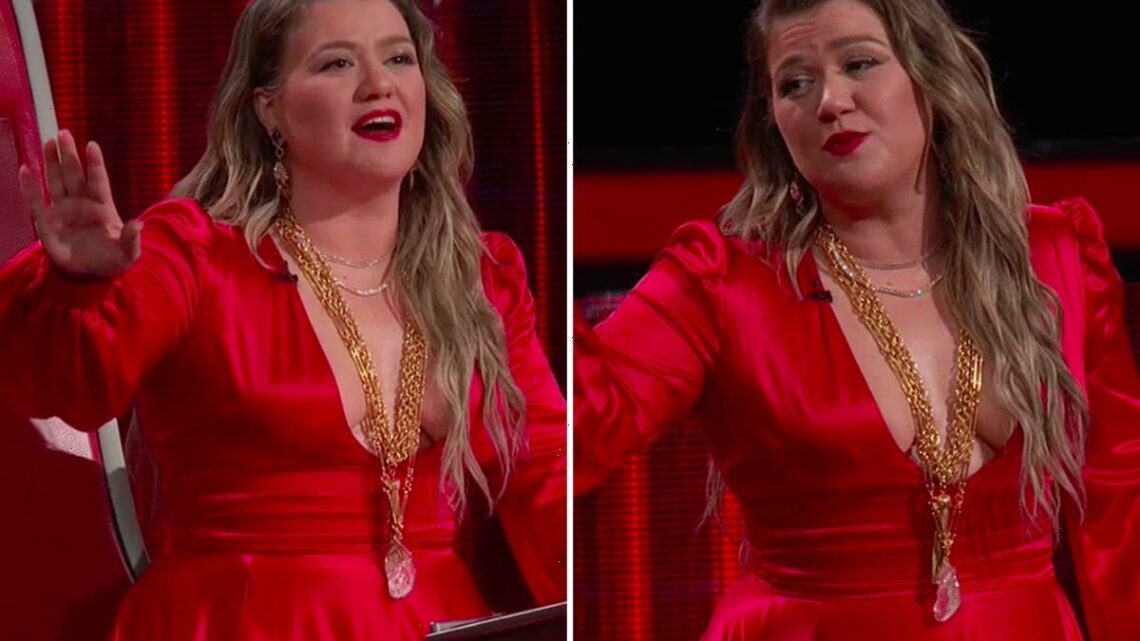 THE Voice fans were quick to slam Kelly Clarkson for not wearing "age appropriate clothes" on the show's finale.

Viewers noticed the head-turning dress after Kenzie Wheeler was done with his first performance of the night. 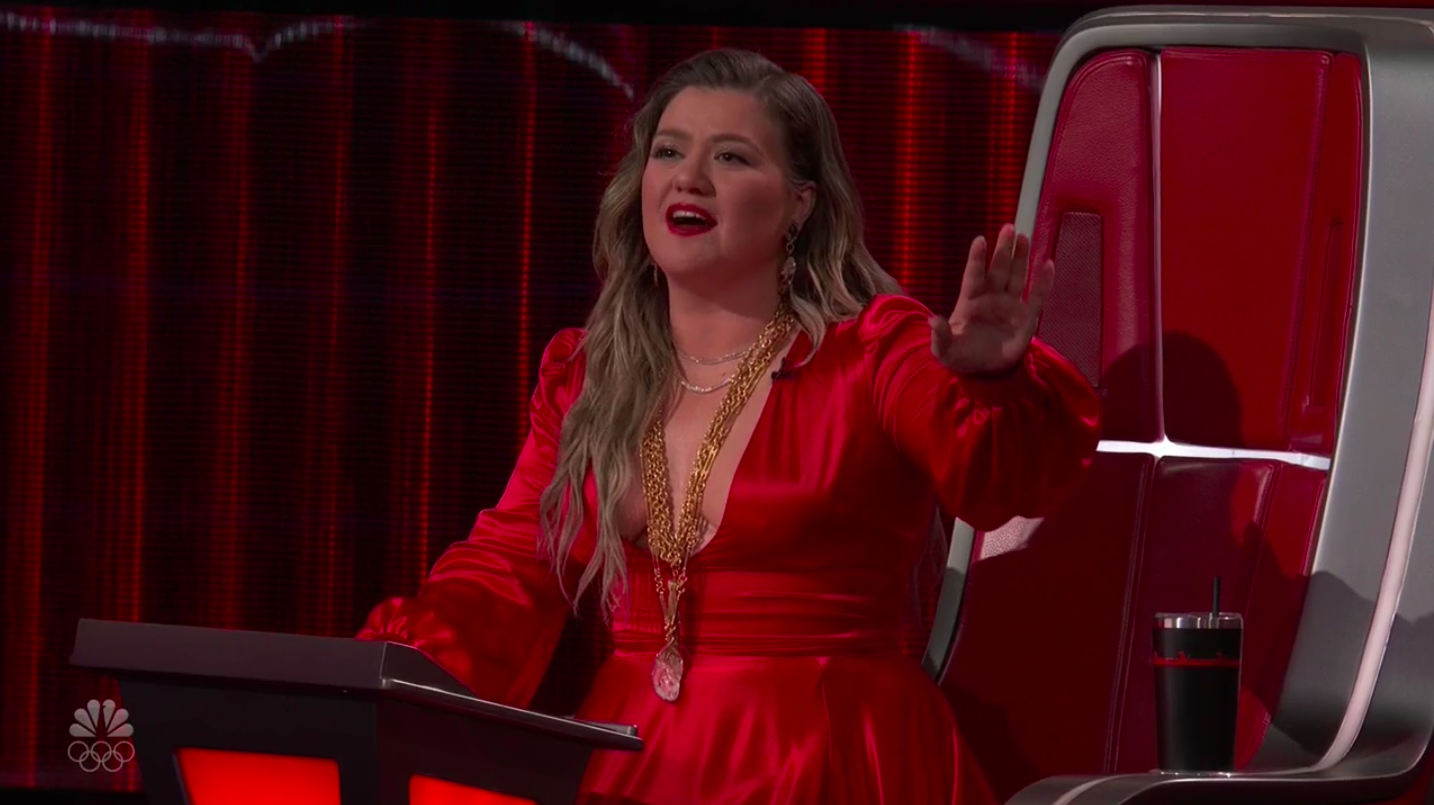 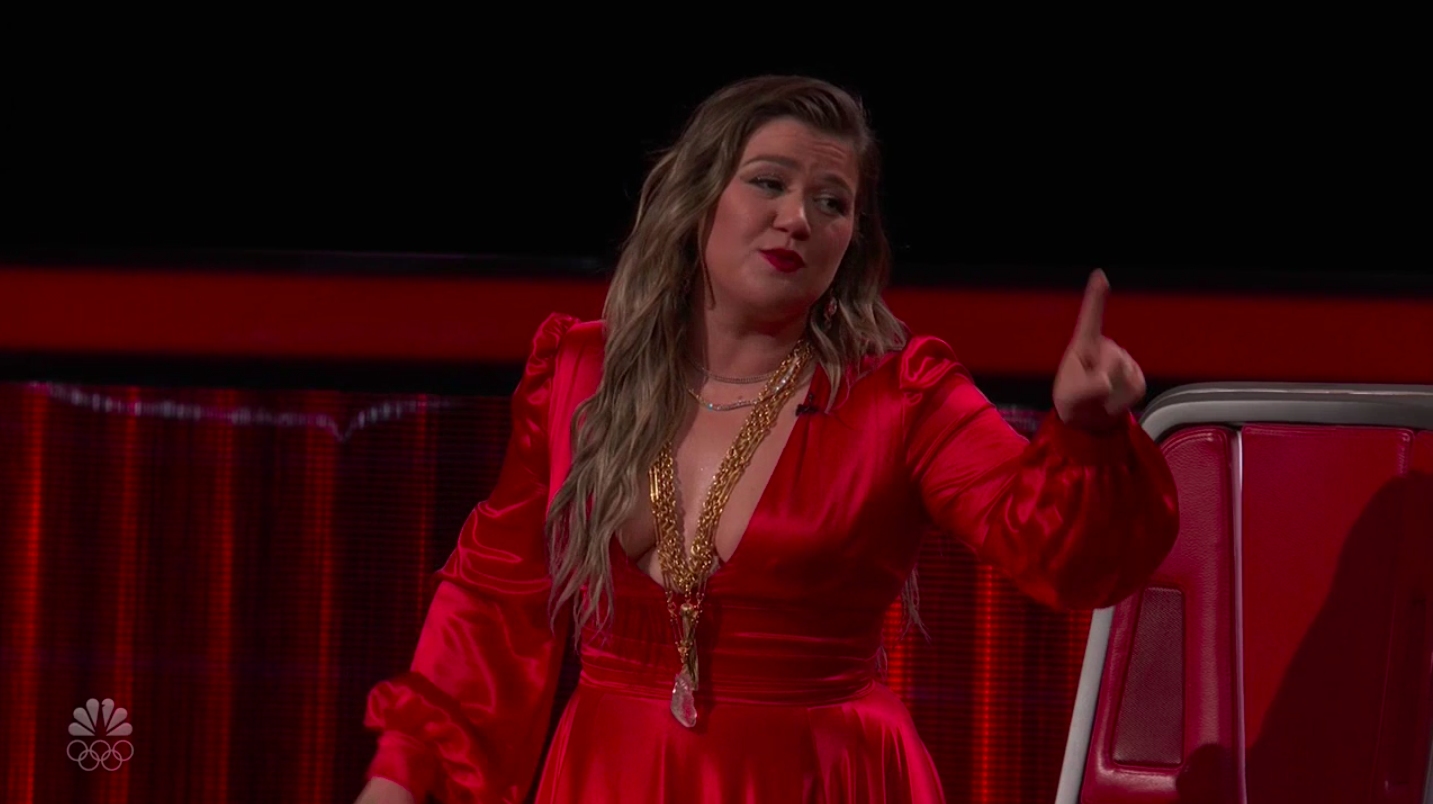 For tonight's finale, Kelly decided to wear a red dress that featured a deep cut which showed off some of her chest.

However, some The Voice viewers were quick to call out the famous singer, as they took to Twitter to react.

One person complained: "Kelly please start wearing age appropriate clothes and leave the low cut dresses to the ladies you can fill them out. No one wants to see your chest in a family show…"

Another added: "I love Kelly, but people choose the worst costumes for her. Final and she looking like a gypsy…" 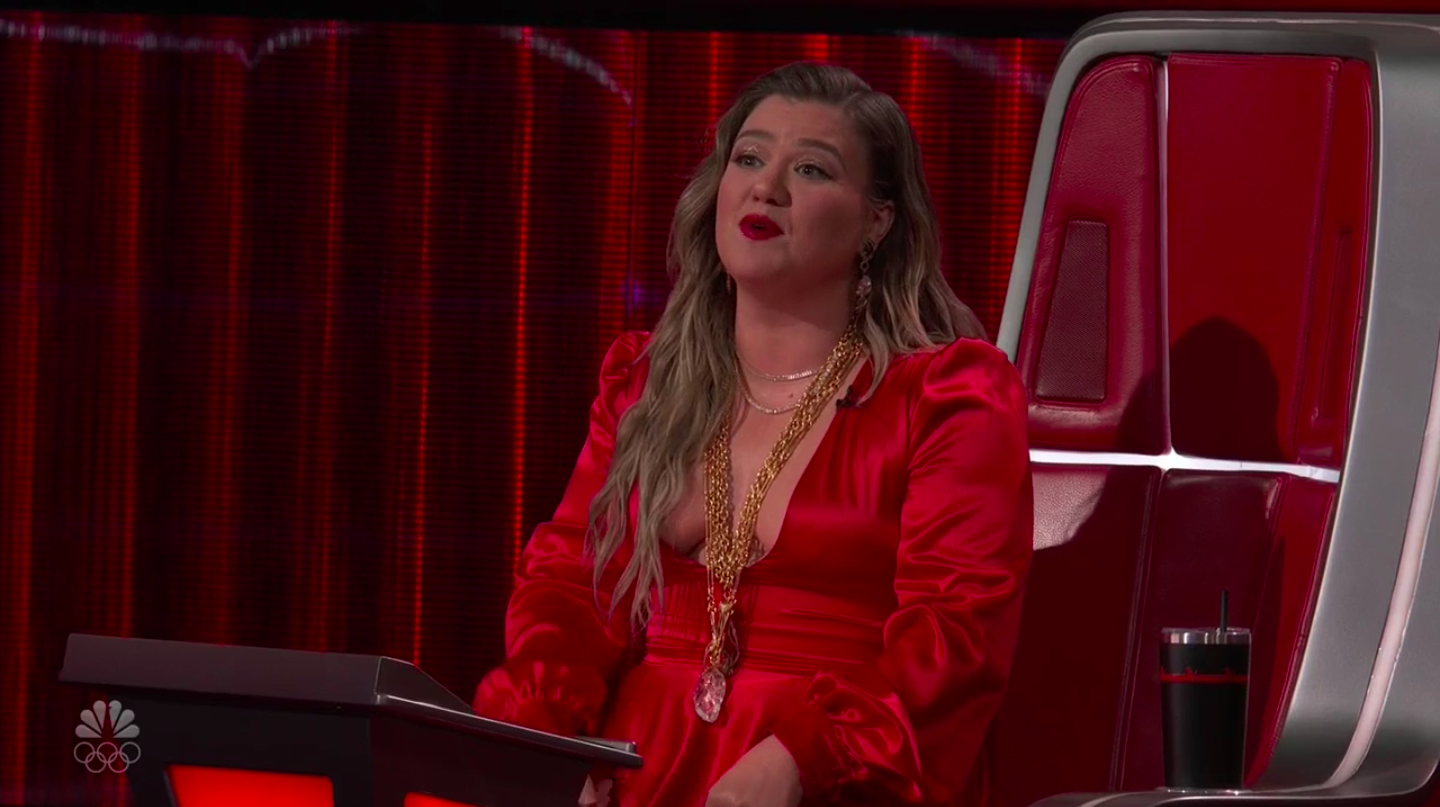 Kelly's fellow coach John Legend also shared a photo alongside the American Idol alum, as he tweeted: "It’s been another great season sitting next to @KellyClarkson… "

Bu once again the focus was on Kelly's dress, as one person chimed in: "John, please find Kelly a shirt."

It wasn't all negative though, as some praised the mother of two's outfit, with one person writing: "you look amazing!" 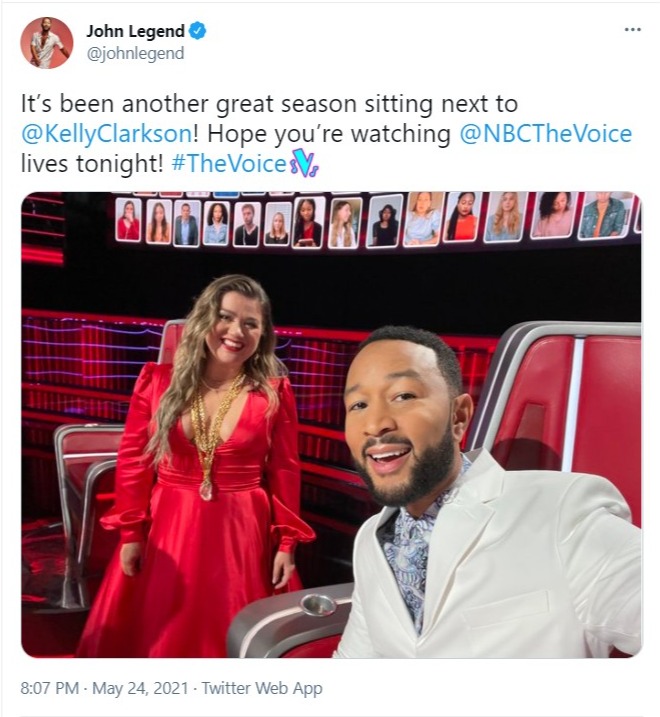 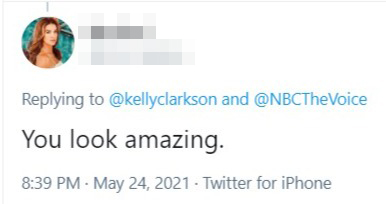 While one said: "love your dress," with another writing, "looking so beautiful Kelly!"

"Kelly being divorced sure looks good on you," another wrote, reference the hitmaker's divorce from ex-husband Brandon Blackstock.

It has been an up and down season for the 39-year-old, who found herself taking a hiatus due to an illness.

Singer Kelsea Ballerini would take over Kelly's empty seat while she was out.

Kelsea said on her first episode as the replacement: "This is incredible, I'm such a fan of Kelly… I feel we're kind of kindred, and I know what she likes…

After some time, people grew tired of Kelsea, 27, as they expressed their frustation.

People took to Twitter to share their thoughts, as one person posted their harsh opinion and wrote: "@kellyclarkson when do you return @NBCTheVoice… I'm happy you have someone covering but not interested. Let me know and I will watch again."

Others were quick to show how much they want Kelly back, as another wrote: "miss you on the show," while one chimed in, "Miss you girl… come back soon."

Kelly would eventually return on the same episode that Snoop Dogg was a guest coach – and people also wanted the rapper to be given a permanent seat.