The untold truth of Tyra Banks

Tyra Banks could give Ryan Seacrest a good run for his money when it comes to being one of the busiest people in Hollywood. The California native and smize queen (smiling with your eyes) wears many hats — model, author, creator, actress, businesswoman, and producer — and she’s adding another job to her already stacked résumé: host and executive producer of ABC’s hit show Dancing with the Stars. On July 14, 2020, ABC announced that Tom Bergeron — who was the host of DWTS for 28 seasons — and co-host Erin Andrews would be departing the reality show, per Deadline.

Banks has made quite a name for herself in the entertainment industry. She was the first Black model to be featured solo on the cover of the Sports Illustrated Swimsuit issue in 1997, per Us Weekly. In 2020, the supermodel is still making waves after it was announced that she will be DWTS’ first solo host and first African-American female host.

“You know what, I am used to the model ones, but today is the first time I’m hearing this first with DWTS Black woman,” she said on Good Morning America. “I never even thought of that, and so I like breaking those doors down so that we don’t have anymore firsts, but it’s nice to be first, right? So that you can open that door and let so many other people in after you, so I’m excited.”

Let’s get to know more about Banks before she takes over our television screens yet again.

Tyra Banks was a pioneer in the modeling industry

Before Tyra Banks landed a solo cover for Sports Illustrated‘s Swimsuit issue in 1997, the America’s Next Top Model host struggled in the modeling industry. “I was told ‘no’ all the time because of my skin color or because I was too curvy or a size six,” Banks told The New York Times in 2019.

“I wanted to break down these barriers,” she continued. “I had to beg my agent to do that. I was this girl from Inglewood and I was always more comfortable in a Target or a mall, or my favorite, a Cheesecake Factory. The goal was to find and reach the audience I knew existed for who I really am.”

Luckily, Banks’ career took off and she went on to appear in several magazines and became a Victoria’s Secret Angel from 1997 to 2005, per Teen Vogue. In 2003, Banks appeared on America’s Next Top Model, which she created and produced.

Banks essentially owes her career to her first solo Sports Illustrated cover, which was “huge” and “explosive,” she explained to the NYT. “It changed my life overnight,” she added. “You have to think back to remember what that did for an appreciation of Black beauty to have a Black girl, a girl next door type, on the cover of one of the most mass mainstream magazines of our lives. It was a societal statement, a political statement and an economic one.”

Tyra Banks 'always wanted to be a television producer'

After Tyra Banks strutted away from the modeling industry, the actress revealed she “was desperate even then to stay connected to what was [her] truth” and “wanted [her] heart to align with [her] work.” So, Banks set out on a new venture. The supermodel created and executive produced America’s Next Top Model, which premiered in 2003. “I’d always wanted to be a television producer,” she told The New York Times in 2019. “I knew instinctively I had that passion and ability.”

“My initial thing was writing and directing. I wanted to do scripted television,” the book author explained. “But when I created ANTM, it grew out of the pain of being told you’re too black, too curvy, not cookie cutter enough. It made me angry.” Even though the show was based on looks, Banks “always knew [she] wanted a lot of atypical beauties for the show.” Fortunately, the show was a hit and was on the air for 15 years.

“Ultimately we ended up with a show that was in 186 countries and in 40 different international versions, and we used that to broaden the idea of diversity in so many ways: age, height, weight, it goes on and on,” she said about the show’s success. “My last season of cycle 23, I took the age limit off. We had a very young grandmother. Her kids had kids.”

Why Tyra Banks 'retired' from modeling

Tyra Banks said goodbye to the catwalk in 2005, per Today, but why did the Life Size star call it quits despite her career going strong? “When I was 32 years old, I retired from the business,” she told The New York Times in 2019. “I didn’t want to age out. I walked out with a three-year contract on the table, but I wanted to say goodbye before the industry said goodbye to me. Leave before they leave you. My mother used to tell me that.”

However, in 2019, she put on her sexy bathing suit again when she posed for Sports Illustrated‘s Swimsuit issue — 23 years after her first appearance on the iconic magazine. Yet again, the supermodel — who was 45 years old when she appeared on the cover for the third time — wanted to prove that she is not the stereotypical beauty queen. “You know what? I started preparing for the shoot and I thought, ‘Let me get it together and look like Tyra back in the day,'” she said. “I was thinking, ‘Oooh, I want the comments.’ But then I suddenly thought why I am going to force that? I’m hungry and I want a pizza.” Preach, girl!

Tyra Banks' latest venture has 'never been done before'

Unlike other retired models, Tyra Banks became a businesswoman and took on other passion projects over the years, including coming up with the conception for Modelland — an experimental attraction in California. “So, Modelland is in Santa Monica, Calif. — steps from the world famous Santa Monica Pier,” she said on the Today show in February 2020.

Banks wanted to create this magical place so that “everyone can just feel so beautiful and so accepted” — something she didn’t always feel at the beginning of her career. “The first six [modeling agencies] said no, and then even when I was signed, I mean, I was constantly told no because of my skin color,” she admitted. “And then later I started to gain weight, and that made me look at everyone and say, ‘You know, there is so much pressure and it’s time to relieve that pressure.'”

As a result, Modelland was born. “It is the hardest thing for me to introduce and to explain to people because it’s insane — it’s never been done before,” she added.

Tyra Banks' journey to becoming a mom was tough

Tyra Banks clearly has her hands full, but the actress is also a mom to her son, York, whom she co-parents with her ex-boyfriend, Erik Asla. Banks loves being with her kiddo — something she doesn’t take for granted since she tried “for a while” to get pregnant before she turned to in vitro fertilization. Unfortunately, after multiple attempts, Banks and her boyfriend at the time, Asla, just couldn’t conceive a child. “It was emotional,” Banks told People of her journey in 2018.

Later on, the former flames used a surrogate to have a baby. “It’s like, ‘Okay, it’s a healthy embryo. Okay, it’s month one,'” Banks said. “I was just constantly living on edge until I held him for the first time.” Despite the ups and the downs, Banks got her wish and became a mom in 2016. “Everything that happened all got me to this,” she told the outlet. “It was meant to be.”

Banks is a force to be reckoned with in Hollywood, and she is here to stay — for good. We can’t wait to see her career continue to flourish.

‘Soundstage’: Heather Christian Wrote a Stirring Anthem for Just Getting Through the Day
World News 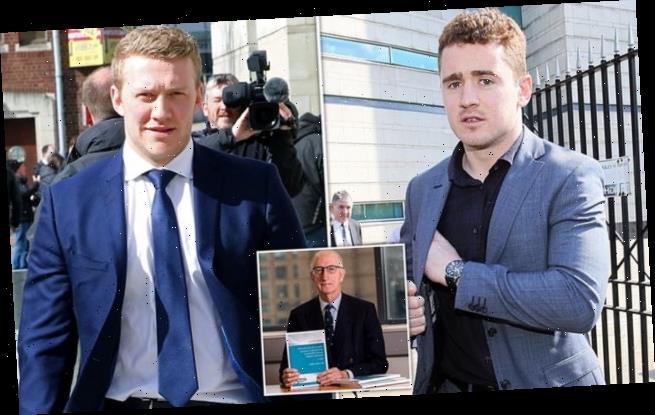 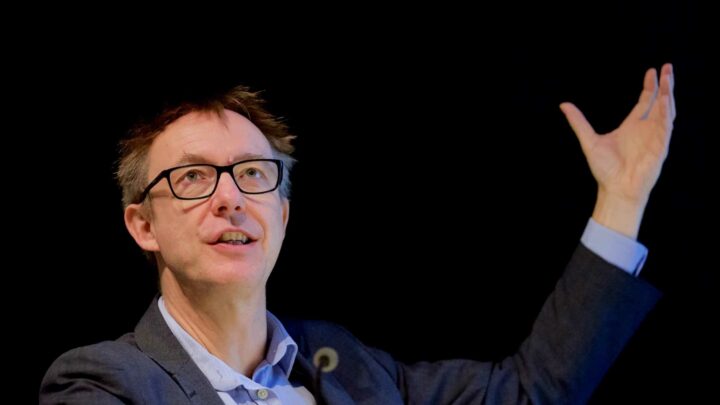 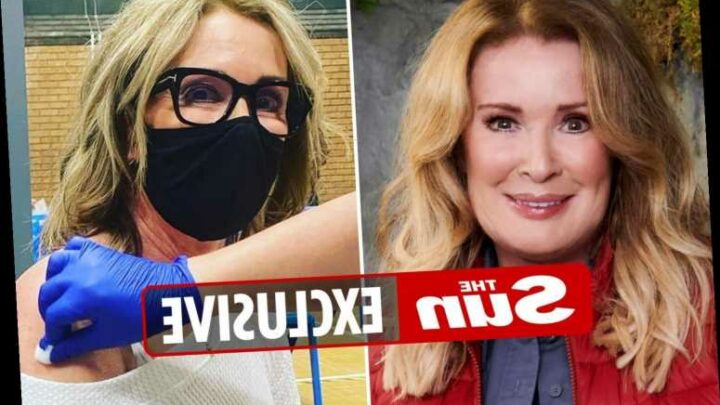