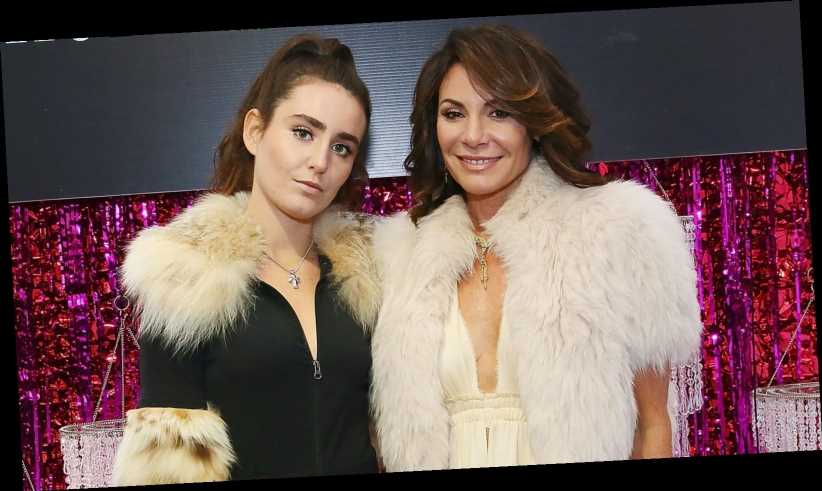 Nothing makes you feel old like watching the kids of reality TV stars grow up! Real Housewives of New York City diva Luann De Lesseps has brought her wit, beauty, and cabaret stardom to the franchise since the show’s premiere season. Her two children, Victoria and Noel De Lesseps, have also been in tow for the series’ drama, including the infamous lawsuit against their own mother in 2018, as reported by Page Six.

Fans first were introduced to the bright-eyed De Lesseps children in 2008. Victoria, a now-25-year-old model, was shown accompanying her mother to benefits in the Hamptons and competing in various horseback riding showcases. Noel, now 23, had a passion for breakdancing and skateboarding, while proudly taking care of his family’s multiple pets. The duo endured the De Lesseps’ divorce, and underwent more familial turmoil during De Lesseps’ second divorce to Tom D’Agostino and subsequent arrest. While De Lesseps is dipping her toe back into the dating pool, what are her famous children up to? Keep scrolling to find out what both Victoria and Noel De Lesseps are doing now!

Victoria and Noel De Lesseps are leading their own separate lives

Both Victoria and Noel De Lesseps studied art. Noel currently attends the Maryland Institute College of Art, while Victoria has been making a name for herself in the avant-garde world, according to Us Weekly. That, however, is pretty much where their similarities end.

Victoria has appeared various times on RHONY throughout the years, including during to showcase her self-portrait at the acclaimed Miami festival, Art Basel, in 2014. Victoria credits her French aristocrat background for her artistic nature, and even modeled alongside the great-great-granddaughter of acclaimed Parisian painter Henri Matisse, per an interview with Tatler. Victoria also frequently shares her work on Instagram and appears with her mother Luann De Lesseps at numerous socialite events.

However, Noel has opted for a more private lifestyle. Per Reality Blurb, the mother and son have not spoken since early 2019 following the July 2018 lawsuit. The case was eventually dropped, and Luann sought treatment for alcohol addiction. However, Noel has additionally alleged that since Luann joined RHONY when he was 11 years old, she became an absent mother, culminating in her legal breach of trust. According to an unnamed source with Reality Blurb, Luann threatened to not pay for Noel’s schooling – even though it was also in art, like Victoria’s degree. Luann reportedly preferred Noel pursue business.

While the De Lesseps family rift continues, one can only hope both these kids have the support they need to follow their non-reality TV dreams.

Britney Spears, 39, Shows Off Her Amazing Dancing Skills In Short Shorts After Chopping Off Her Hair