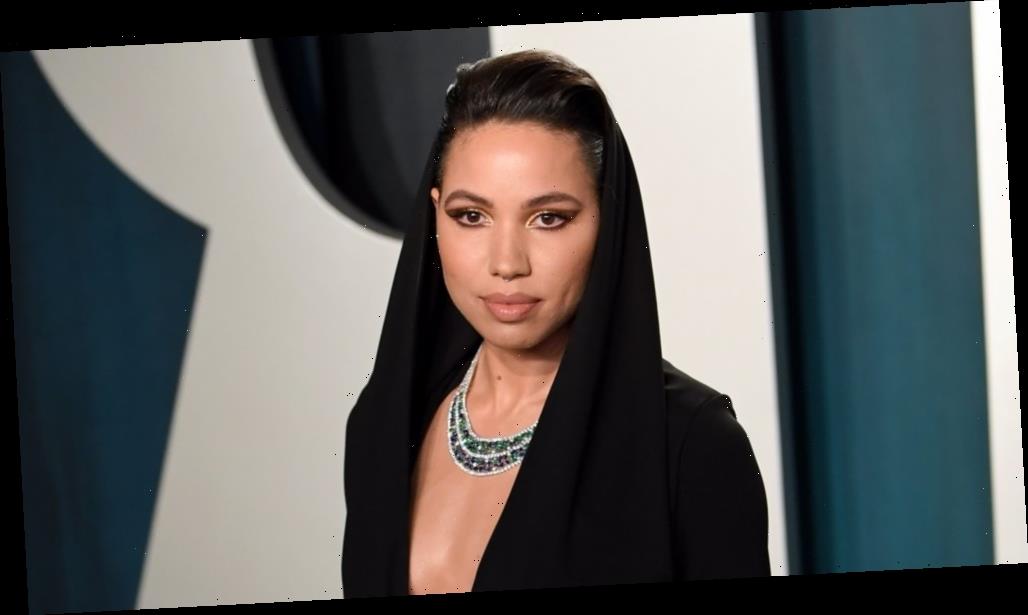 The untold truth of Jurnee Smollett

When your acting career begins before preschool, it’s hard to nail down exactly which role put you on the map. For actress Jurnee Smollett, this is definitely the case.

Born in 1986, the actress got her first on-screen role in a diaper campaign at just 10 months old. A young Smollett would then capture America’s heart as Michelle Tanner’s best friend Denise on the ABC sitcom Full House, a role originally written for a little white girl, according to The Hollywood Reporter.

Soon after, an 8-year-old Smollett would join her siblings to star in another ABC sitcom, On Our Own, which only lasted one season. This didn’t stop the actress, who has been working in Hollywood ever since, and claims her career started as merely a “hobby” (via THR). Her next breakout role would place her opposite Samuel L. Jackson as the 10-year-old star of Eve’s Bayou in 1997.

Since then, Smollett has landed roles in Friday Night Lights, True Blood, Underground, and 2020’s Lovecraft Country. From child star to respected actress, Jurnee Smollett has a more complicated backstory than fans may know.

She stands by her brother Jussie Smollett

Jurnee Smollett wasn’t the only Hollywood sensation to come out of her family. In 1994, the actress starred in On Our Own with her brothers and sisters, thanks to her mom’s direction. One of those siblings was former Empire star Jussie Smollett, who was accused of faking a hate crime and falsely reporting it to the police in 2019, a legal mess that has remained a shadow over the family.

Speaking to The Hollywood Reporter for a wide-ranging August 2020 interview, Jurnee Smollett stood firm in supporting her brother, knowing “he wouldn’t do this.”

“It’s been f**king painful,” Smollett shared on how the case is affecting their family. “One of the most painful things my family’s ever experienced — to love someone as much as we love my brother, and to watch someone who you love that much go through something like this, that is so public, has been devastating. I was already in a very dark space for a number of reasons, and I’ve tried to not let it make me pessimistic. But everyone who knows me knows that I love my brother and I believe my brother.”

She turned down her own Disney Channel show

Many of Hollywood’s child stars credit their rise to Disney Channel. From Miley Cyrus to Hilary Duff, Shia LaBeouf, Ryan Gosling, and even Britney Spears, Disney has birthed the careers of many actors and singers. So why did actress Jurnee Smollett turn down a potential Disney Channel show at the height of her child stardom?

The answer is her mother, according to The Hollywood Reporter. Janet Smollett, the actress’s mother, was adamant about framing Jurnee Smollett’s image as a serious and mindful actress growing up. Janet Smollett decided Disney would not be the best fit for her daughter.

“My mom would be on the phone with my agent,” Smollett told The Hollywood Reporter. “Yelling at her, like, ‘I could go sell p***y on the corner if I want to make money, OK? I don’t need to make money. My daughter’s not doing it.’ But that was my mom’s mentality — ‘I will not pimp out my children’ — and I’m grateful for that.”

She's been sexually harassed since she was 12

Actress Jurnee Smollett has remained protective of her image and what projects she gets involved in.

“I’m very aware of the over-sexualization of the Black female body — this perverted fascination that predates me — and so the notion that I would ever contribute to that weighs very heavily on me,” said Smollett to The Hollywood Reporter on why she refuses to do nudity.

The over-sexualization of Black women in Hollywood also contributed to the sexual harassment that Smollett has faced growing up in the industry.

“I don’t know that I can confidently say that I worked on one job prior to Lovecraft — from the time I was 12 on — where I hadn’t been sexually harassed, whether it was by an AD, a co-star, director, producer,” said Smollett, who later clarified a few exceptions. “Like, a guy saying before we’re about to do this love scene, ‘Hey, your tits are going to be hanging in the wind,’ is not OK.”

Smollett revealed that the harassment on one set was so blatant, she asked to be removed from the project.

She's a philanthropist and mother

If being a child star and working her way up the Hollywood ladder weren’t enough, actress Jurnee Smollett began volunteering at Artists for a New South Africa at the young age of 12, according to The Hollywood Reporter. This meant volunteering to teach sex-ed in Los Angeles schools, where Smollett would speak to kids her own age.

“They’d be like, ‘Aren’t you Tori from Roll Bounce?’ ” Smollett told The Hollywood Reporter. “And I’d go, ‘Yes, we’ll take pictures after. I need you to know how to put a condom on.'”

Aside from her 30 plus years as an actress and philanthropist, Jurnee Smollett is also a mother to her son, Hunter Zion Bell.

Smollett and her then-husband, musician Josiah Bell welcomed their baby boy in November 2016 (via BET). In March 2020, the couple officially filed for divorce after 10 years of marriage, according to Us Weekly.

Spoilers: Essie dies in devastating scenes as Holby City goes off the air