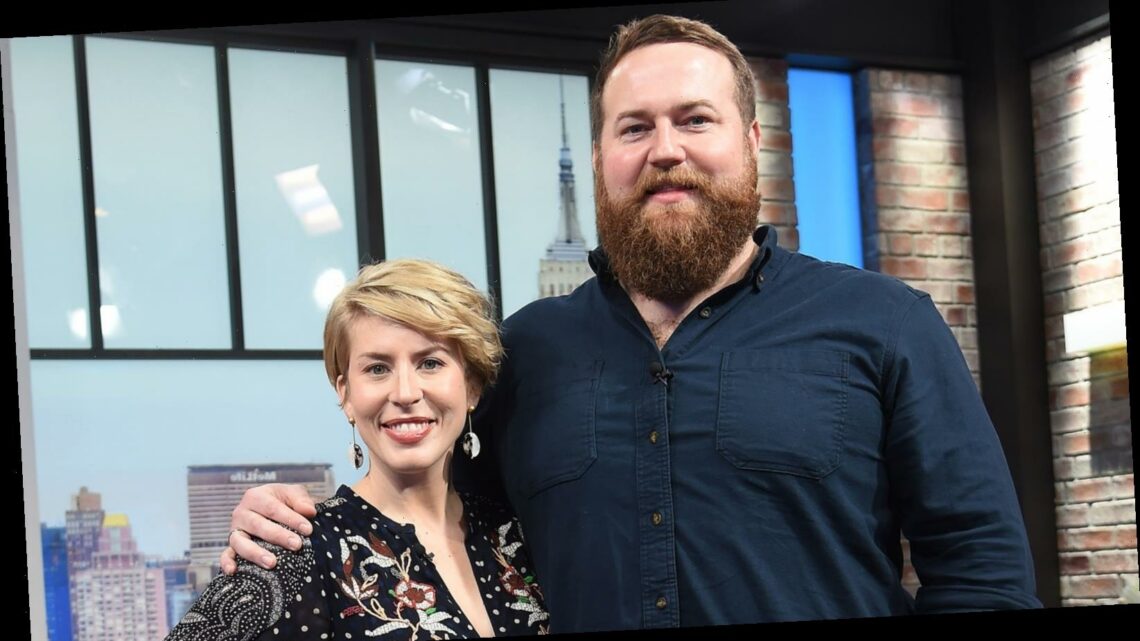 The truth about Erin and Ben Napier from ‘Home Town’

The HGTV series, Home Town, starring husband and wife team Ben and Erin Napier, follows the pair as they rehab homes in their hometown of Laurel, Miss., in a formula that’s similar to Chip and Joanna Gaines’ hit series, Fixer Upper. However, some viewers feel the Home Town team is a bit more laidback — with some thinking that Erin and Ben appear to have more fun on the show.

HGTV’s Home Town began in 2016, becoming an overnight success, and the couple is accomplished in other areas, too. The Napiers own Lauren Mercantile, and The Scotsman Co. is Ben’s custom furniture business. HGTV also rewarded the duo by giving them a spinoff series, Home Town Takeover. According to the network, Home Town Takeover — set to premiere in 2021 — is a “six-episode special-event series” that follows the pair and a “team of renovation pros as they take over and makeover an entire small town.”

Read on to learn more out more about the adorable Mr. and Mrs. Napier.

Erin and Ben Napier didn't seek out the spotlight

Erin Napier and her husband, Ben, didn’t seek out the spotlight. In an April 2020 People interview, Erin confessed, “We never expected this. Getting a TV show never even crossed our minds.” The couple explained how an HGTV executive reached out to them, wanting to put them on TV after “stalking” them on social media.

In a conversation with Realtor.com, Erin reiterated how surprising the whole TV show thing was. “I never really watched HGTV before,” she shared. “We weren’t big TV watchers at all.” Ultimately, Erin and Ben decided to go forward with Hometown to draw attention to their beloved area of Laurel. Erin added, “Anything that can draw some positive attention to our town, we’re game.”

Signing on to the TV series turned out to be a pretty good decision, although the two are busier than ever! Erin and Ben are parents to their daughter, Helen, who they welcomed in 2018, and they have a growing home improvement brand that includes Home Town, the spinoff series, Home Town Takeover, plus two businesses, a line of furniture, and a book. Look out, Chip and Joanna Gaines!

Erin Napier was bullied as a child

In April 2020, Erin Napier opened up to Southern Living about being badly bullied as a child. The Home Town star was teased in grade school and middle school “because she had different interests than a lot of the other kids her age.” Erin confessed to Southern Living, “Library time was my favorite. I had a fossil collection. I would put together natural history dioramas in old shoeboxes. Or I’d stay home and make a tiger costume — that was really exciting to me.”

According to the experts at StopBullying.gov, the effects of being bullied as a child can last into adulthood. “The psychological effects of bullying include depression, anxiety, low self-esteem, self-harming behavior (especially for girls), alcohol and drug use and dependence, aggression, and involvement in violence or crime (especially for boys),” the website states. “While bullying can lead to mental health problems for any child, those who already have mental health difficulties are even more likely to be bullied and to experience its negative effects.”

Luckily, Erin had strong support from her mom during these trying times. “She told me to be exactly who I wanted to be and never ever do anything just to fit in,” the star said. Here’s to Erin continuing to follow her dreams with Ben Napier by her side!