Home » TV & Movies » The Top 10 Episodes of 'Seinfeld', According IMDb 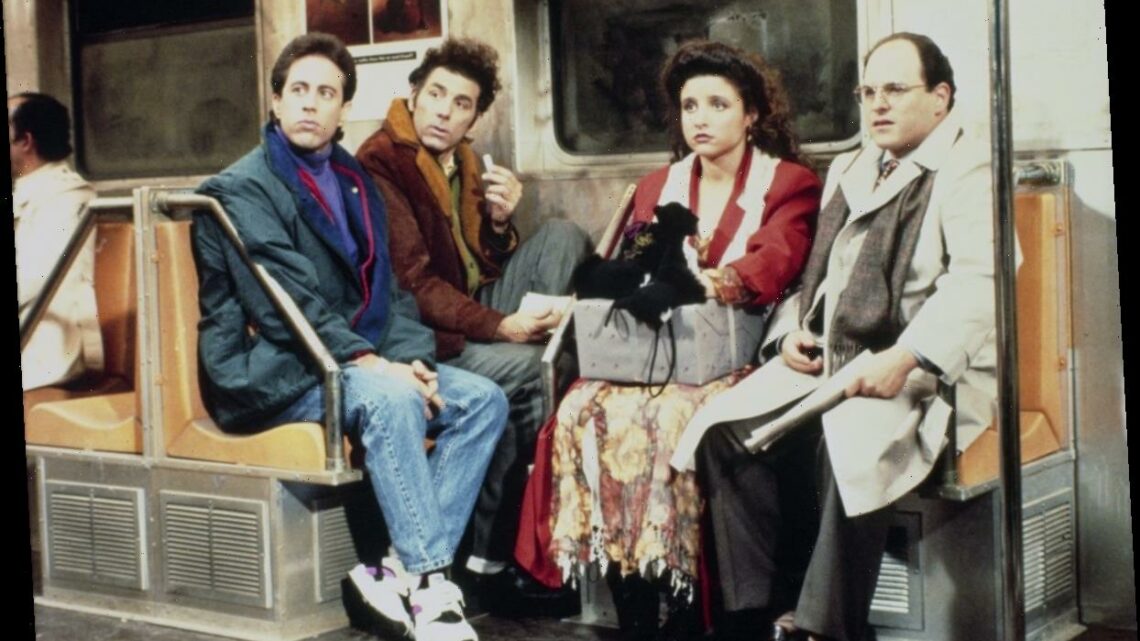 The Top 10 Episodes of 'Seinfeld', According IMDb

Seinfeld is one of the funniest sitcoms ever created. However, not every episode is as hilarious as the last, and true fans agree that the “golden age” of Seinfeld happened between seasons 3 and 5. The most beloved episodes come from those years.

Each Seinfeld cast member from the series has a different favorite. But when it comes to ranking the 180 episodes, IMDb reports a clear winner in the rankings.

These are the top 10 Seinfeld episodes from all 9 seasons.

It’s no surprise that at least one episode references the classic Seinfeld catchphrase, “yada, yada, yada.” The tenth most popular episode comes from the later seasons and includes George’s new girlfriend using “yada yada” in her stories.

This is also when Jerry gets offended by his dentist Tom Whatley’s (Bryan Cranston) anti-Semitic jokes.

So many Seinfeld bits revolve around sex. In “The Abstinence” from season 8, Elaine gets dumber while abstaining from having relations while George gets smarter. Meanwhile, Kramer takes up smoking and experiences horrific physical consequences. Jerry is cut from the career day roster at his old school.

This episode includes a Kenny Rogers’ Roasters restaurant setting up across from Kramer’s apartment, which leads to him and Jerry switching apartments.

It’s considered one of the more surreal episodes that started occurring in season 8 after co-creator Larry David’s departure from the series. But with a 9.1 IMDb rating, it’s still one of the more popular options.

Speaking of surreal, “The Bizarro Jerry” from season 8 shows George using his fiancee Susan’s death as a way to pick up women. Elaine befriends someone who’s the polar opposite of Jerry. And Jerry once again focuses on superficial attributes when he obsesses over his date’s “man hands.”

When George’s date mistakes him for a marine biologist, things go hilariously awry when they encounter a whale in distress. This leads to Jerry Seinfeld’s favorite scene in the series.

“We got very lucky,” Seinfeld said of writing the scene. “Larry [David] and I came up with it the night before we were shooting. We wrote it late at night, and Jason memorized the whole speech in one day.”

The funny part happens when George successfully clears the whale’s blocked blowhole which was obstructed by Kramer’s golf ball.

In the sixth episode of season 9, Jerry becomes obsessed with his date’s vintage toy collection and comes up with methods to get her to go to sleep so he can play with them, which has a distinctly creepy vibe. And Kramer rescues set pieces from The Merv Griffin show out of the trash and sets them up in his apartment.

In “The Outing,” George and Jerry try to convince a journalist that they aren’t secretly lovers. (“Not that there’s anything wrong with that!”). But the more they protest, the more it looks like they’re just covering up a relationship.

He has the best soup and the worst attitude in town. The real person who “The Soup Nazi” is based upon sued the creators of Seinfeld for how he was portrayed on the show, claiming it ruined his business. Even now, Seinfeld fans are likely to shout, “No soup for you!”

That’s what makes it the third most popular episode of the series.

It’s David’s favorite episode of the series and one he would have quit over if it didn’t get past the censors.

The most popular episode of Seinfeld, according to IMDb, comes from season 5. In “The Opposite,” George experiments with doing the opposite of what he’d normally do and experiences hilarious results. Jerry has bad and good things happen in equal measure while everything starts going wrong for Elaine, who claims she became George.

The episode has an impressive 9.6 rating and the honor of being the top-rated installment of a cult classic comedy.