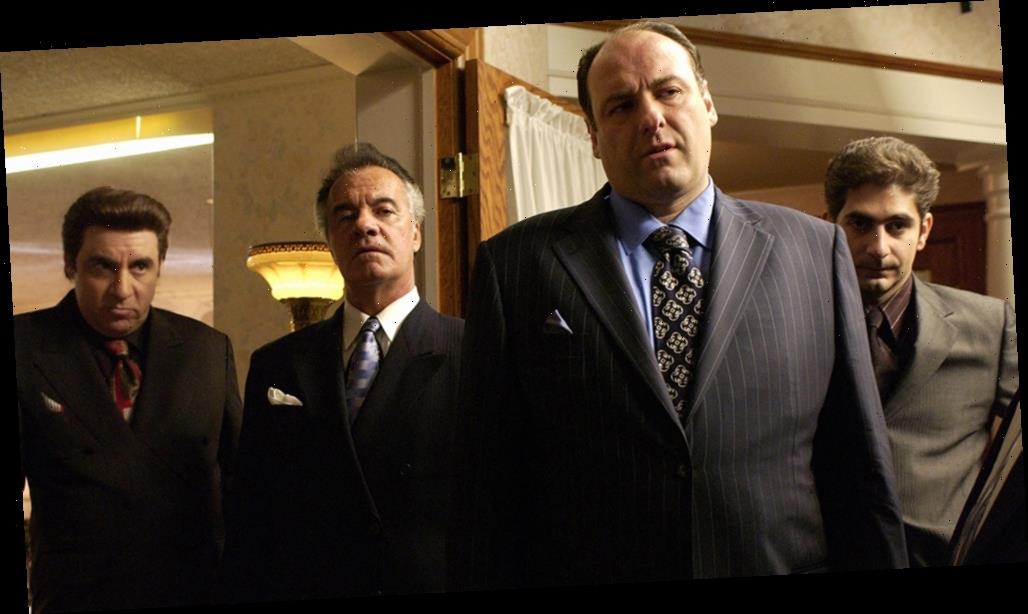 Who would’ve guessed that Tony Soprano (James Gandolfini) would be one of the breakout stars of 2020 television, over two decades after The Sopranos” premiered on HBO, utterly revolutionized the small screen landscape and ushered in the ongoing era of Prestige TV?

And yet today, 12 years after the final episode aired, Tony is as large and in charge as eve: WarnerMedia recently reported that viewership of the show’s 86 episodes has surged a jaw-dropping 179% on its HBO Now subscription streaming service since the beginning of the COVID-19 pandemic. Not only have longtime fans returned to the mob drama for some serious comfort viewing, but also a growing legion of first-time viewers — including a massive swath of Gen-Zers — are making their inaugural visits to the Jersey ‘burbs, Satriale’s Pork Store and the Bada Bing!

No one’s been more surprised by the show’s resurgence — bolstered by podcasts exploring the series in painstaking detail, a fan convention and a wave of comprehensive books, articles and essays sparked by its 20th anniversary celebration last year — than its creator, David Chase.

“It blows my mind. It’s obviously great news. As far as Gen-Z or any other generation, one thing I was always worried about with ‘The Sopranos; was relevance in reruns, because I thought that the references and stuff would fade away — wouldn’t be there — the products, music or whatever, but I guess it still seems contemporary,” Chase tells Variety.

Here, Chase talks with Variety about the series’ “second coming” and TK

Why do you think the show is having this renewed moment during this pandemic?

Certainly people have had more time to, if they’ve never seen it before, finally take the plunge. And perhaps families are sitting down together to watch it as a whole for the first time.

What are your thoughts on what it means to have people doing this together, and having the space to truly pay attention to the show?

Well, first of all, this uptick, if that’s what you want to call it, seems more to be more than a tick — this began before coronavirus. From last summer, fall of 2019, I kept hearing this — that young people were discovering the show and these podcasts started, and that was sort of puzzling and wonderful to me. And then when coronavirus hit, it just accelerated.

The first season, second season of the show, the thing I liked best about it was hearing that families and friends got together for pizza, spaghetti and red wine, whatever, and watched the show. I mean, just imagine that: you’re creating parties. I just loved it.

The discussion of the show continues full force 20 years later. People are falling in love with Michael Imperioli and Steve Schirripa’s podcast; “The Sopranos Sessions” book has found its audience. What’s been fun about seeing the conversation continue?

Everything, just everything — the bickering about the end and the arguments, the slander. I’ve enjoyed it all, every minute. I was glad that people have different interpretations about it. That’s what it was all about. I’m glad the show is — what should I say? — thick enough that people can see new things in it all the time. That’s what we were trying to do very hard. There was so much detail [we put into it], and I’m glad that more of it’s coming out now.

As you said, this momentum picked up before we were all on lockdown at home. Have you had any anecdotal encounters with fans of the show who perhaps weren’t born or were barely born when it first aired? And has anybody shared anything with you personally that you found enlightening or amusing?

It was very particular in New York, to go to a movie or whatever, a restaurant — and even in Europe it happened — and have people in their twenties come up to you and say, “I really like your show.” And you just go, “What is going on here?”

“The Sopranos” really did kick off the era of “prestige television,” and people are not looking back and finding it to be out of touch with today’s sensibility or problematic for one element or another. Nobody’s tried to apply cancel culture to “The Sopranos.” Is that important to you?

Oh, yeah. It’s tremendous a kick. It’s great. But then you figure there’s lots of books and movies that were really big from 1910, and you don’t hear about them anymore. And I guess that’s inevitable.

Are you the kind of creator that always thinks, “Oh, if I could have just done this one other thing?” Is there anything you’d do differently if you were doing the show today?

There was a couple of ideas which have come to me or been told to me, or I heard, since the show went off the air, that I wish I had known about it, so we could have done an episode. I heard something somebody told me — maybe it Steven Van Zandt — something about real wise guys and some peculiarity there. And I realized that could be a whole episode, and we definitely would have done it if I had known about it at the time. Obviously, it wasn’t important enough for me to remember it!

Today execs would say “The Sopranos” has multi-quadrant appeal, and yet it sprang from such a personal place with you, with your set of personal experiences and your viewpoint. Is that the best way to make something that ultimately has such broad appeal? To not worry about it appealing to everybody?

Yes. And I wish I followed my own advice more. But it’s unquestionably the best way to go, because at least even if it goes nowhere, you’ve enjoyed the process. Well, theoretically. [Laughs] I’m lucky in a way that I had those long years at network television, so that by the time I got to HBO and “The Sopranos,” I was so angry, I didn’t give a f—. I really did want to destroy the temple.

You also built a brand new temple that a lot of television creators have been emulating ever since. And I’m sure that you have felt gratitude expressed from the creators who have followed in your footsteps.

Oh yeah, absolutely. Like I said, it’s a wonderful kick. It’s tremendous, and I don’t know if “touched” is the right word, but I’m surprised and, yeah, touched that there were so many, especially young people. But they could be a hundred years old, I wouldn’t care, who appreciate that show, because a lot of that stuff was in my head before it went out on paper and then film. So it’s like somebody understands me.

In a more perfect world, we would have been sitting down in theaters in September to see “The Many Saints of Newark,” the “Sopranos” prequel film that you’ve put together. This streaming surge bodes well that the audience is going to show up for it. Has the spike in popularity reframed what you’re thinking the audience is going to feel when they do get a chance to see the film?

No. I think we’re all curious about what they’re going to feel. Is it going to be different than what we thought, or what we were creating toward? Yeah that’s it, and as far as the studio knows, I don’t know that they’re thinking [about making any] changes.

The story i’s set it in a moment in time — during Newark’s 1967 race riots — that’s not unlike what we’ve experienced this summer, with some social unrest and some racial division. You certainly couldn’t have expected that to have happened.

No, of course not. That’s another thing I can’t believe. That’s happened with this show a lot: Stuff has happened that we can make use of, or stuff has happened after we’ve had it on, for some reason — like we were there before it, and I don’t know what that’s about. Brad Grey, before his death, said to me, “This is only going to happen once like this.” It was always a strange thing. I don’t know if you want to call it luck or what. And we don’t know: I mean, it might be bad luck when they get to the theater and see “Many Saints,” or it might have the opposite effect. But right now, it’s interesting to me that it’s happening on our screen, and in their life. Why did that happen?

As the real world was unfolding, did you feel the parallels to be very sharp?

I felt it very sharp. I mean, I’m 60, so it wasn’t just the movie or anything like that. The whole thing was like, “Wow. I’ve seen this before. This is pretty amazing.”

With the popularity that it’s experienced then and now, do you see “The Sopranos” continuing on even past your lifetime, or is it something that you want to hold close to you, as far as it’s sort of franchise potential, or being re explored or re-imagined, or mined for new stories?

I make no predictions, really. I don’t think about that stuff. But if what happened to “The Wonder Years” [currently being developed as a reboot featuring Black lead characters] happens to “The Sopranos,” that’s got to be kind of weird.

How much control over all of that do you hold?

If somebody out there is thinking, “This weekend, I’m going to start my first viewing of ‘The Sopranos,’” is there anything you would like to say to those fresh viewers before they embark on the journey?

I don’t think so. I mean, I didn’t have anything to say when it first came out. You hope it speaks for itself. I wouldn’t know what to say about it.

And are you fully prepared for another generation of fans to ask you to explain the finale to them?

[Laughs] I guess so, but I don’t think I should ever talk about that scene at all!