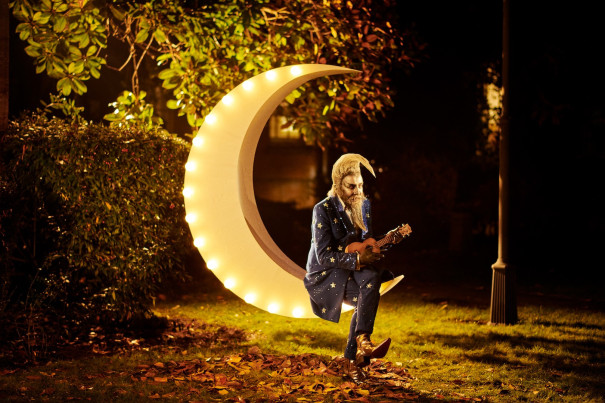 Production is currently underway in Northampton, UK. Mitch Jenkins (Show Pieces) is directing. The feature screenplay is Moore’s first not to be based on one of his graphic novels.

Gothic fantasy-drama The Show follows Fletcher Dennis (Burke) who has been hired to track down a stolen artefact, an investigation that brings him into contact with the most unusual and dangerous elements in Moore & Jenkins’ hometown Northampton. According to the film’s synopsis, these include “dead Lotharios, comatose sleeping beauties, Voodoo gangsters, masked adventurers, unlikely 1930s private eyes and violent chiaroscuro women.”

Outlining his vision for the project, Alan Moore said, “With The Show, I wanted to apply the storytelling ability accumulated during the rest of my varied career to the medium of film.  I wanted to see if it was possible to create an immersive and addictive world with no throwaway dialogue and no throwaway characters, a world where every character is memorable, distinctive and attempting to steal the whole show for themselves, just as we do in real life. I wanted to take some very old-school approaches to film and to find out, alongside Mitch Jenkins, what would happen if you connected them up with some very modern ideas and technical capabilities, and I wanted to make a piece of radical and progressive cinema that was also ridiculously sumptuous, involving and entertaining: a genuinely spectacular show.”