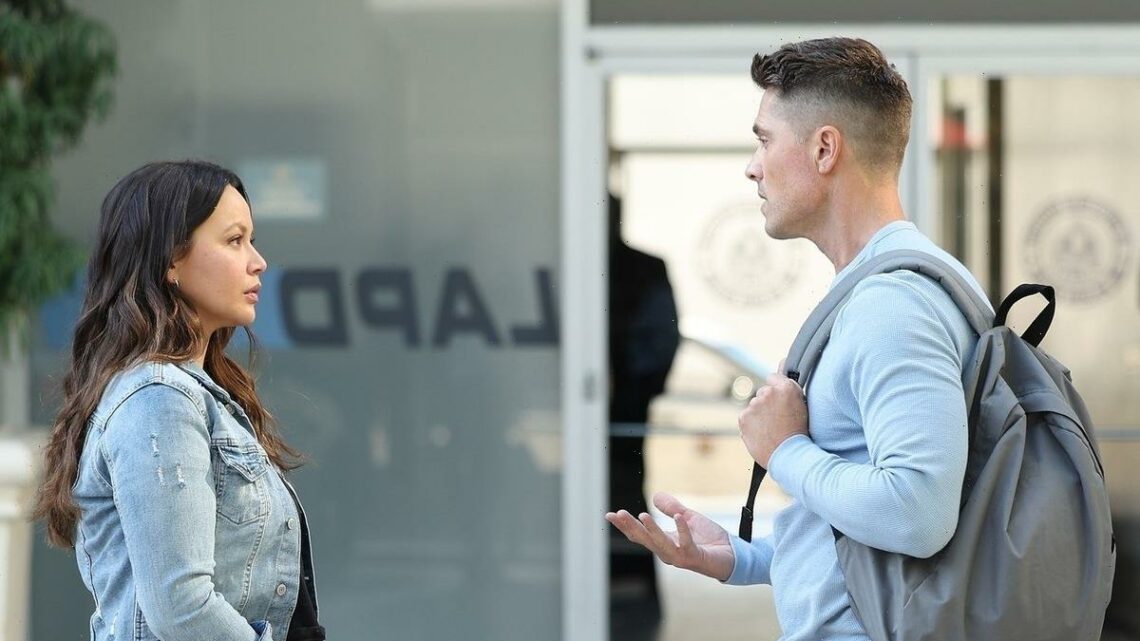 The Rookie fans have the same reaction to season four finale

The Rookie season four concluded on Sunday night, and saw fans finally get a long-awaited kiss between Lucy and Tim – and it’s fair to say that viewers were very excited.

The smooch came after the pair were sent undercover as a couple – and taking to Twitter to discuss, one person wrote: “The face of a man who just realized that he can no longer hide his feelings for Lucy,” while another joked: “OMG SLOWED IT DOWN SO WE CAN OVER ANALYZE EVERY FRAME.”

WATCH: Are you caught up on the show?

A third fan added: “‘I found you so hot that we hooked up while they were still searching the building.’ Tim’s entire brain just short circuited thinking about kissing and having sex with Lucy.” Another fan posted: “No but we don’t talk enough about Tim’s first little kiss though?? The cuteness?? His little look afterwards??? Like was it good?? He looked proud of it!!! He’s such a softie inside.”

MORE: Where are the cast of The Vampire Diaries now?

Nathan Fillion, who stars in the series, also couldn’t resist weighing in one the relationship after sharing a series of snaps from set ahead of the finale, writing: “As I’m sure you know, tonight is the season four finale of @therookieabc.

“What you may not know, is how lucky we are to have so many incredible guests bringing back their brilliant characters. You know them, you love them, you miss them. They’re back. And will Tim and Lucy finally do something about all this tension?? Jeez, right?? Don’t miss it. You won’t get another fix for a while.”

Even Nathan opened up about the romance!

Fortunately, viewers will be able to see what happens next as season five has been confirmed! Sharing his excitement at the news, Nathan wrote: “I couldn’t be more proud of what we have accomplished with this show. Congratulations to our cast, crew, writers, producers, casting directors, directors, and everyone who has lent their talents to #therookieabc over the years. This job brings me real joy, I look forward to many more episodes with you all.

“I’d also like to thank the fans who keep coming back. You keep watching ‘em, we’ll keep making ‘em. #therookieabc #season5 #holycrap And thanks to ABC for the early pickup! It’s such a good feeling!”