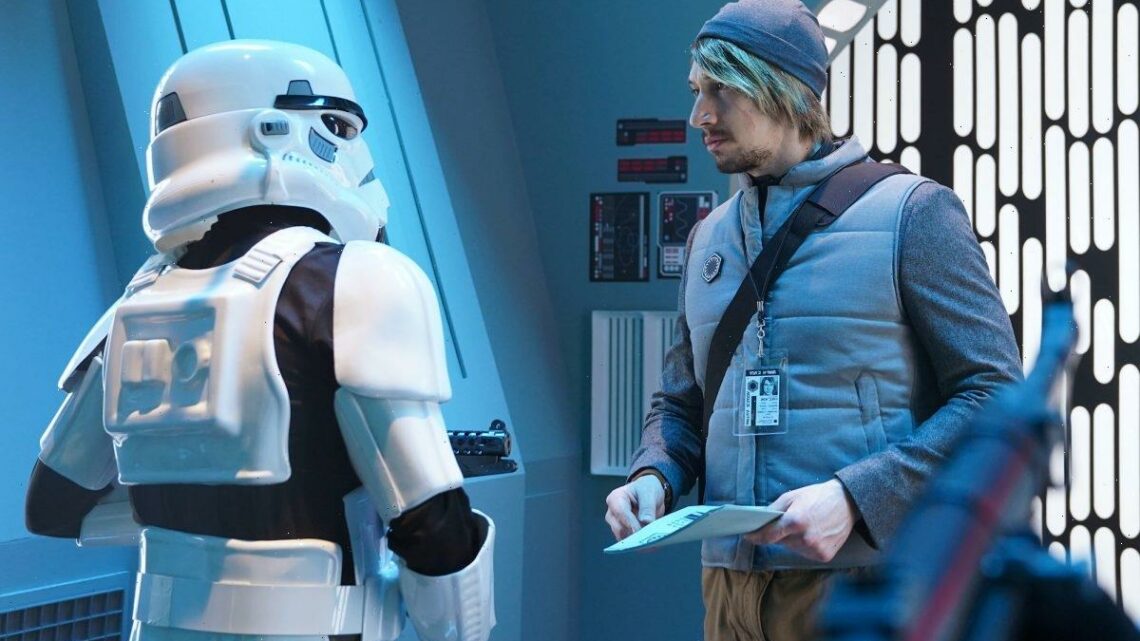 'The Rise of Skywalker': Adam Driver Joking About Rey's Parents With Stephen Colbert Never Gets Old

When it comes to sprawling entertainment franchises, trying to figure out the creators’ next move is half the fun for fans, and the Star Wars fandom is certainly no exception. Spoilers are carefully guarded in order to make sure that the films make it to their release date with their thrilling reveals still intact.

That doesn’t keep fans from trying to figure it out ahead of time, however. Star Wars fans have a notoriously close community, and trying to read between the lines in order to make educated guesses about what’s coming in the script is a fun pastime for many within it. Sometimes, these guesses turn out to be completely wrong, but other times fans hit on the truth — or something close to it.

This speculation and guesswork can take on a life of its own, and when Adam Driver appeared on The Late Show with Stephen Colbert, he gave fans a hilarious moment that’s still funny even though the reveal he tried to hide has long since come and gone.

Adam Driver got his start in acting in 2009 and worked his way through small guest appearances on shows like Law & Order and TV movies like The Wonderful Maladys. By 2012, he had found something of a niche in heavy-hitting dramas, landing parts in Lincoln (2012), Bluebird (2013), and While We’re Young (2014).

He didn’t have an action-heavy filmography when he was given the opportunity to enter the Star Wars universe, and he almost turned down the part.

Eventually, though, Driver did say yes to portraying Kylo Ren — first in 2015’s The Force Awakens and then again in The Last Jedi, the short Rise of the Resistance, and The Rise of Skywalker.

The character has become one of Driver’s best-known portrayals, but it did not pull him out of his tendency toward heavy dramas entirely. He returned to make headlines and gain accolades for 2018’s BlacKkKlansman and 2019’s Marriage Story.

Driver’s portrayal of Kylo Ren fits right in with the classic lore of Star Wars mythology. There’s good and there’s evil, and the battle for who will prevail at the end of the day spins around in a never ending circle, but sometimes, those who were consumed by power and gaining it at all costs are able to find the light and come around.

Kylo Ren is the — evil — alter ego of Ben Solo, a Jedi who turned to the dark side. The grandson of Sith Lord Darth Vader, Kylo Ren represented the constant pull between light and dark, and he was quite unstable because of his inner turmoil.

He rejected the legacy of his parents — General Han Solo and Princess Leia Organa — in the most horrifying of ways, by murdering his own father. It’s his connection with Rey that pulls him back to the light.

Back in 2017, Driver appeared on The Late Show with Stephen Colbert to promote The Rise of Skywalker, his final appearance in the Star Wars universe.

Normally, actors who appear on these kinds of shows come with clips to help promote the films, but Driver didn’t have one, so Colbert suggested that they act out a scene using action figures instead.

Fans took to Reddit to reminisce about this clip. In it, Driver, naturally, played Kylo Ren, and Colbert took on the part of Rey. Moments into their dramatic reenactment, Colbert tried to get Driver to reveal what was at that point a major spoiler for the movie. “Can you believe who my parents turned out to be?”

Colbert makes Rey ask in a falsetto. Little plastic Kylo Ren avoids the question by saying, “I gotta go to the bathroom.” Colbert wasn’t letting Driver off the hook that easily, suggesting that they say the name of Rey’s parents “on three.” When they get to three, Driver calls out “Stephen Colbert” as the answer.

Rey’s parentage has been a topic of much discussion in the Star Wars universe, and a reveal in The Last Jedi upended common lineage tropes by the series by suggesting they were nobodies, as Collider reports.

As we now know, there was a major spoiler in The Rise of Skywalker that changed everything we knew about Rey, and it was that her grandfather was Emperor Palpatine. Some fans were disappointed by the turn, which doubled back on the previous reveal and “makes the world of Star Wars so much smaller where the only important people have the last name ‘Palpatine’ or ‘Skywalker.’”

12 Amazon Rompers That'll Get You Tons of Compliments, Every Time