Home » TV & Movies » The Resident EP on What's Ahead After That Fall Finale Cliffhanger: Bell's Diagnosis Will 'Be a Big Deal' 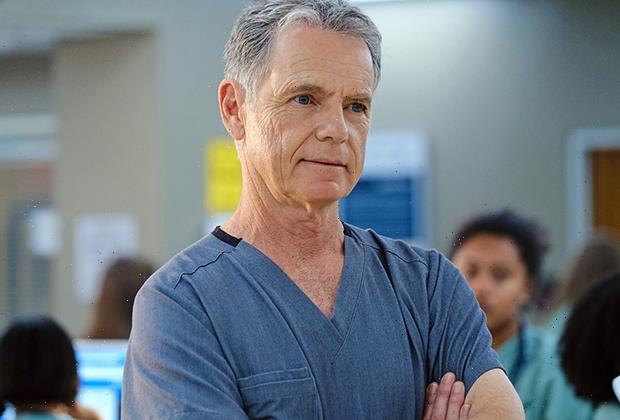 The Resident EP on What's Ahead After That Fall Finale Cliffhanger: Bell's Diagnosis Will 'Be a Big Deal'

The lab results are in, and The Resident‘s Dr. Bell is sick with… um, something!

Tuesday’s fall finale ended with a maddening cliffhanger, in which Conrad sat Bell down to give him his (potentially grim) medical diagnosis — but the episode concluded just as Conrad was about to break the news.

“We always knew that one of our characters would find out what’s wrong with Bell, but that we wouldn’t tell anybody until after the winter finale,” executive producer Andrew Chapman shares with TVLine. “Bell’s diagnosis and how he deals with it will be a major storyline going forward.”

As Conrad ran tests on Bell during Tuesday’s episode — following Bell’s recent experiences with hand tremors and blurry vision — both doctors were initially encouraged by Bell’s normal vital signs. But, as Bell was quick to point out, a more worrying culprit like cancer or stroke could still emerge from later tests. And though Chapman isn’t at liberty to share what, exactly, is ailing the veteran surgeon, he confirms “it’s going to be a big deal” for not only Bell, but Kit, in the episodes to come.

“There’s that wonderful scene in the winter finale where Kit’s like, ‘Look, I know there’s something else going on with you, and when you’re ready, you tell me.’ And we found that scene super moving,” he says. “He’s going to have to explain to her what’s going on, and they’re going to have to deal with it together. We really see them as a foundational couple of the show. They’re the power couple of the hospital, so they kind of set the tone.”

The uncertainty that’s now looming over Bell’s life and career harkens back to an earlier Season 5 storyline in which Bell’s onetime mentor, Dr. Kranepool, was forced to admit he was no longer equipped to perform surgeries. As Bell potentially confronts that same reality, Chapman confirms that the Kranepool incident will linger with him.

“We wanted to have that be a foreshadowing of what’s going to happen with Bell, because we knew this hump was coming for a long time. We’ve been planning it,” the EP tells us. “That’s going to be a central storyline for Bell. How do you deal with your own diagnosis, your own illness and your own ability to be a surgeon, and of a certain age? Then what do you do? It’s a great question, and we’re going to dive into it headfirst.” 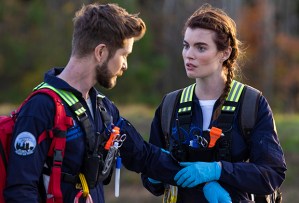 Meanwhile, the fall finale also welcomed Gotham alum Kaley Ronayne as Cade Sullivan, a double board-certified doctor from Atlanta General who assisted Chastain’s overwhelmed emergency room with a particularly puzzling case. But even after getting a job offer to serve as the new ER doc that Devon’s been tirelessly seeking as his replacement, Cade was cagey about her previous stints at other hospitals — and multiple Internet searches for her name yielded zero results. Per Chapman, Cade’s murky history “is not a random thing” that will resolve quickly on the show. Rather, it will be “interwoven, inextricably linked, to where we’re going forward with the show.”

“The mystery of her past is something that is going to blend very much with the big, overarching theme of the second half of the season,” he reveals. “It will be extremely explosive… It’s very central, and what they find out about her will have direct consequences on the episodes going all the way to the finale of this season.”

Your turn, Resident fans! What did you think of the fall finale — and what do you suspect is ailing Bell? Grade the episode in our poll below, then drop a comment to elaborate on your choice!