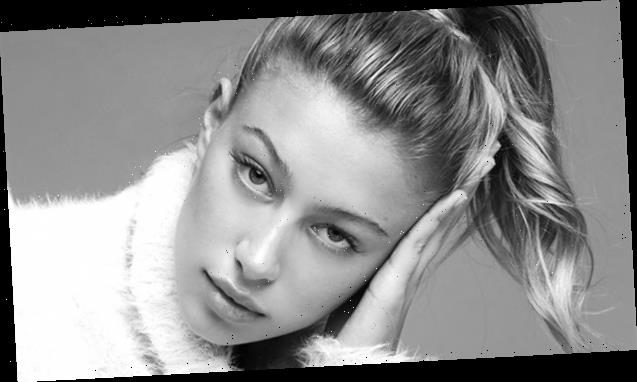 ‘The Prom’ star Logan Riley spoke with HL EXCLUSIVELY about filming the ‘magical’ movie, working with Meryl Streep and Nicole Kidman, and the film’s important message.

Logan Riley is one of the young stars of Netflix’s The Prom, which is streaming now. She plays Kaylee, a high school student who is the captain of the cheer squad. Initially, Kaylee isn’t the most accepting person, but she comes around by the end of the film. Being a part of this incredible movie was a life-changing experience for Logan.

She revealed to HollywoodLife EXCLUSIVELY that the moment she booked the role of Kaylee was an “unbelievable feeling.” Starring in the film alongside some of Hollywood’s most powerful actors made the experience even more fulfilling “Everyone was so kind and humble from Meryl [Streep] and Nicole [Kidman] and Kerry [Washington], all of them. That’s what made the experience even better,” Logan continued. “You know, you go in and you’re already in awe by them. But they were just as excited to be there as we were. It made the energy of the entire film while we were filming. It was so magical and that was a really special thing to have.” 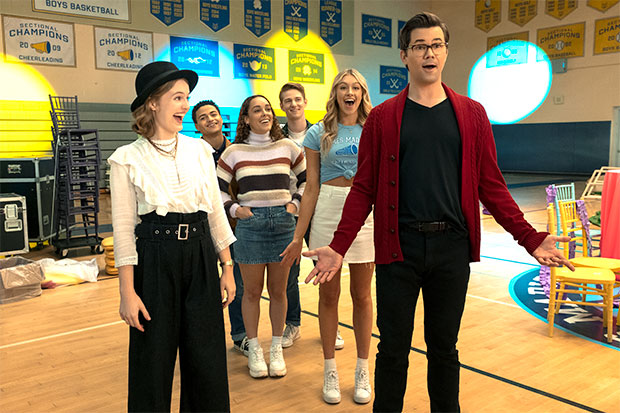 Meryl stars as the fabulous Dee Dee in the film. Obviously, being in the presence of an Oscar winner of Meryl’s status was a pinch-moment for Logan. Logan recalled showing up to set one day and Meryl “was already in rehearsal for her song in the movie, and she just belted out notes. I couldn’t believe that I was in her presence while she was rehearsing and giving it her all. She was dancing and singing full out. It was really inspiring. Just to be in her presence was an honor.”

The Prom was a collaborative experience, and the entire cast was supportive. Logan opened up about how Meryl and Nicole showed their support. “When Meryl and all the other stars were done with dance rehearsal that day and the rest of us teens had to continue to practice another number, Meryl and Nicole chose to stay even though they could have gone home,” Logan told HollywoodLife. “They stayed to just to sit there and watch us. They were literally sitting right in front of us three feet away. Just them taking the time to do that and tell us that it was so much fun to watch us and that they wanted to stay and support us, that meant so much because but they really lived up to the humble and kindness that you hope those stars have.” 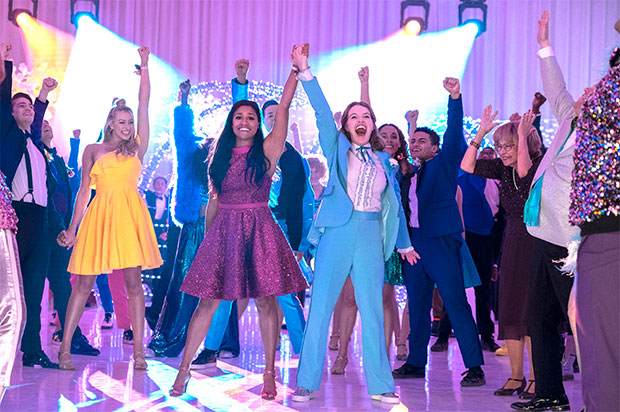 Logan loved playing Kaylee and appreciated the journey her character has in the film. “Something that I feel like I’m constantly learning about myself is we can always be taught something,” Logan said. “We can always open our eyes to a new perspective, and Kaylee has to have those moments. She has to not put herself first and has to think of others and be accepting and love. I’m just really happy I was able to play a character like that, especially because if there’s someone out there who watches this film and maybe sees themselves in Kaylee, and then has that switch of, oh, we should accept others. We should have this love and appreciation for anyone, no matter who they are and what they represent. I am just really honored that I was able to play a character like that, who gets to have that journey.”

39 useful gifts for anyone with an iPhone, AirPods, iPad or Apple Watch