Home » TV & Movies » The One Show viewers distracted as they spot BBC blunder ‘Sort it out!’ 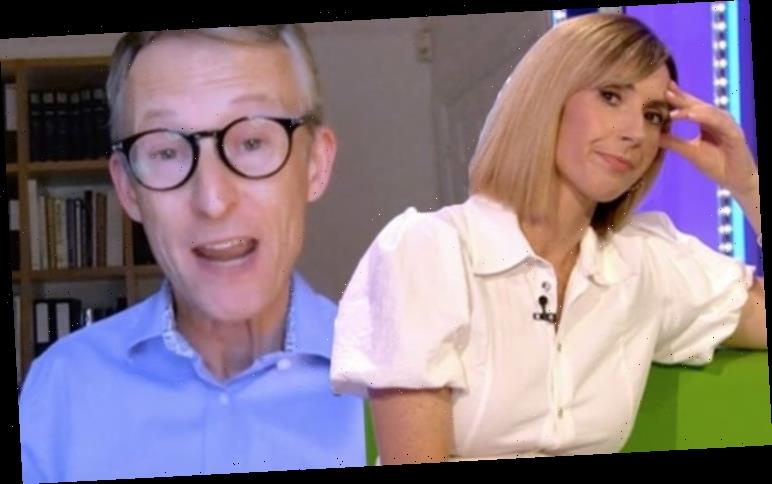 The One Show viewers distracted as they spot BBC blunder ‘Sort it out!’

The One Show presenters Alex Jones and Ronan Keating addressed the Government’s new coronavirus regulations this evening as they asked the BBC’s medical editor Fergus Walsh to explain the rules to viewers. However, those watching at home couldn’t concentrate on his advice as they spotted a blunder with his appearance.

The UK Government’s ‘rule of six’ came into effect today but England, Wales, Scotland and Northern Ireland are all subject to slightly different regulations.

Alex quizzed Fergus on the reason behind this difference and the science behind the regulation.

But while Fergus was answering the presenter’s questions, two neon green rings appeared around on his glasses. 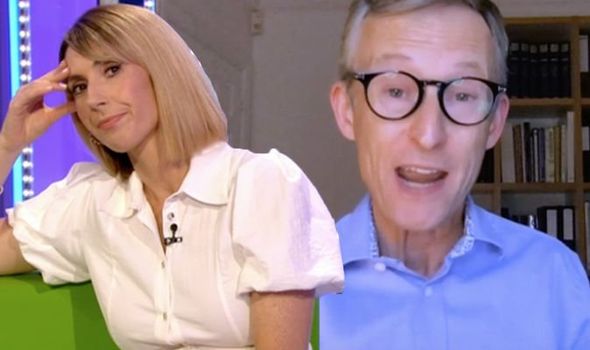 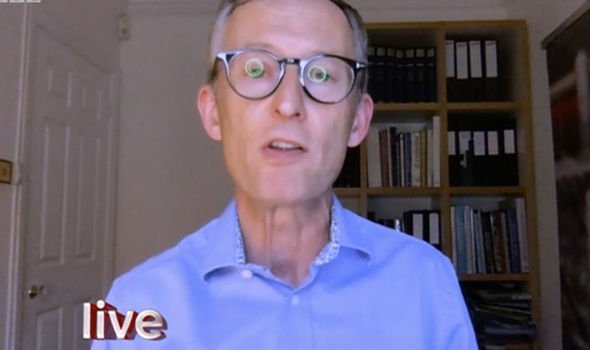 One said: “#TheOneShow The eyes are so distracting I’m not listening to anything he’s saying. Just want the circles to land in the centre! Lol #TheOneShow.”

“Diffuse your light dude, you might start a fire #theoneshow,” another shared.

“The #BBC need to sort out the lighting for home videos. Look at those eyes #TheOneShow,” a third remarked. 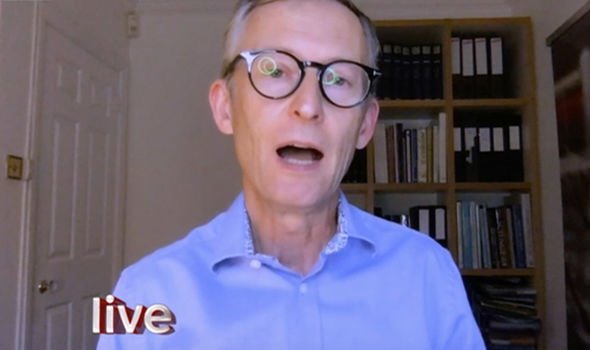 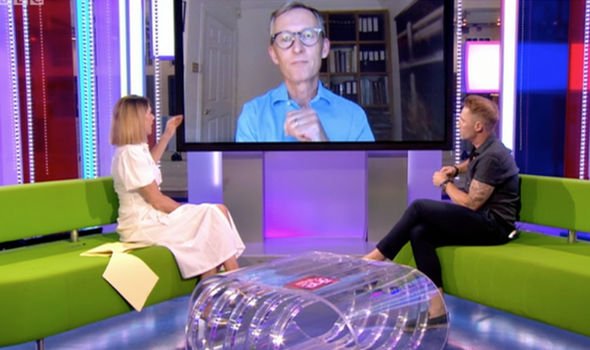 “#TheOneShow I feel like I’m watching an episode of the demon headmaster with those green rings on Fergus’ eyes,” a fifth commented.

While another joked: “Good to see a Cyborg on #TheOneShow this evening.”

At the end of the show, Alex read out a tweet from an eagle-eyed viewer and noted she had observed the unusual circle pattern too.

She said: “We’ve got some viewer messages that we’re going to read out before we go.

“James said, ‘Throughout the pandemic, Fergus Walsh has been a voice of calm, now I realise from his appearance tonight there’s something hypnotic about him.’”

“He did have those two little circles of green in front of his eyes,” Alex added.

Meanwhile, during the interview, Alex asked: “So lots of people there are a little bit confused and complaining that the rules are different in each country, which I suppose does add to the confusion.

“It feels like we’ve gone back quite a few paces here. If we all stick to the rules is there any chance that by Christmas these rules are going to be relaxed?

Can’t see this Brexit poll? Click here to open in your browser

“I’ll go get out my crystal ball,” Fergus joked. “Last week the chief medical officer Chris Whitty said that the period between now and spring was going to be quite difficult.

“That’s when respiratory viruses like coronavirus spread the most and he didn’t think the restrictions were going to be lifted any time soon.

“The Prime Minister Boris Johnson said he hoped that some aspects of normal life would return by Christmas but there are no guarantees.”

The One Show airs weekdays on BBC One at 7pm.

US blocks imports from China’s Uighur region for forced labor