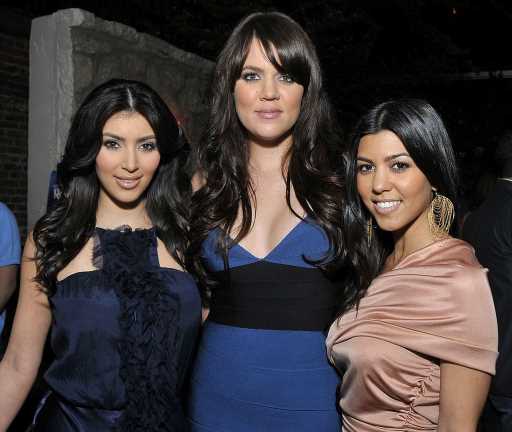 Keeping Up With The Kardashians has been on the air for over a decade. For 10+ years, fans have been able to tune into the E! network to get their fix of everything Kardashian-Jenner. For 10+ years, the media force-fed haters news about the affluent family. With them being all over the TV for years, for better or worse, sometimes they fall out of favor.

After all, when your dirty laundry is aired out for all to see, it’s easy for people to pass the harshest of judgments. Well, now a new member of the Kardashian clan has become the center of negative attention.

‘Keeping Up With the Kardashians’ is no stranger to hate

Keeping Up With The Kardashians is a guilty pleasure show for people all over the globe. While it has pretty questionable ratings on IMDb and TV.com, Google and Facebook users appear to be all about the drama-filled series. So what is it that drives some to hate the show so much? Well when the series first came out, many people were very excited. But as time went on, people began to get tired of the family’s antics.

Since the show doesn’t represent normal society, many feel it’s just too over the. Many also feel like the Kardashian-Jenner clan makes it seem as if people who aren’t filthy rich can’t have fun. The show also doesn’t come off as authentic, a ticking time bomb for any reality show.

At least the camera crew appears to be in their corner after all these years.

Kim Kardashian is often the target of bullying

As the most prominent of the Kardashian-Jenner clan, Kim Kardashian is often the target of fans and foes alike. She is the reason the entire family was thrust into the spotlight so aggressively. Off the tail-end of a perfectly timed sex tape, people couldn’t help but go crazy about the show when it released. However, a sex tape being their claim to fame appears exceptionally tacky. After all, benefiting from a sex tape is nothing to be proud of, right?

Throughout the show, the beauty mogul has made it a point to be the center of attention while the rest of her family happily takes a back seat. Perhaps that’s why fans were in an uproar over her recent Instagram post. It would just be another example of Kardashian going to the ends of the earth for money if commenters speculations are correct.

Which Kardashian sister is falling out of favor with fans now?

Surprisingly, Kardashian doesn’t currently hold the title of the most annoying sibling. Instead, it goes to none other than Kourtney Kardashian. Like her more famous sister, she has been in the spotlight for over a decade. Both her highs and lows have been all over the media. As such, people have had plenty of time to think up all kinds of reasons to hate the eldest Kardashian siblings.

But what has the big sis done to cause fans to turn on her so suddenly? According to a Reddit thread, one specific Redditor used to love Kourtney Kardashian more than the rest of the crew. But, now it looks like she’s seeking validation in all the wrong ways and all the wrong places.

“I know her indecisiveness likely gets in the way of her happiness, but the fact that she cannot hang out with people her own age or hang out with Kendall’s friends without flirting just screams insecurity and desperation. She seems like she’s turned into quite the brat with an attitude, whereas I used to love her personality and sense of humor.” – u/cau275

To sum it up, it looks like she has been doing everything she can to get the attention of the men in her life, including that of her ex-beau Scott Disick. The comments are no better, backing up the original post and even adding fuel to the fire. Perhaps the eldest sister lost more than just her fans, but her way in general?