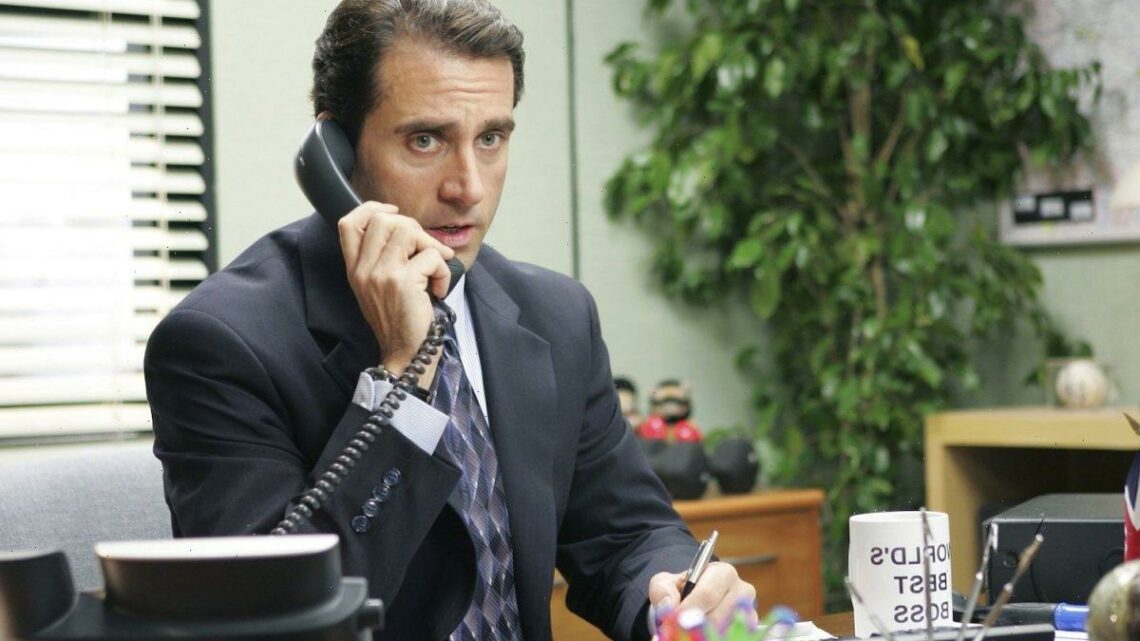 'The Office': Steve Carell Was 'Giddy' and 'Giggly' About 1 of the Show's Guest Stars

The Office had plenty of amazing guest stars over the years, but there was one who made Steve Carell “giddy” whenever she was on set. Find out why Carell was “giggly” when he worked with one actor who played Michael’s girlfriend for a short time.

Carell shared scenes with a lot of seasoned actors on The Office, but one of his favorite scene partners was his real-life wife, Nancy Carell.

During a December 2019 episode of the Office Ladies podcast, hosts Jenna Fischer and Angela Kinsey discussed the season 2 “Office Olympics” episode, which Nancy guest-starred in as real estate agent Carol Stills. Michael Scott works with Carol to buy a condo and the two characters later date and break up.

Fischer shared how Steve’s wife nabbed the role. “So our casting director, Allison Jones, pitched Nancy for this role,” she explained. “She thought Nancy would be perfect.”

“I emailed with Allison and she said that she had always been a huge fan of Nancy’s. And she was looking from day one on our show to find a place for her and she thought this was perfect,” Fischer continued.

“She loved being able to pit Nancy and Steve against one another in this way,” the actor added. “Mike Schur told me that Steve was positively giddy when Nancy was on set. He was just giggly and delighted, that they’re so cute together.”

Kinsey noted that Steve absolutely adores his wife. “You want to meet a man that loves you the way Steve loves Nancy,” she shared. “Because he’s just delighted by her.”

When discussing The Office “Casino Night” episode on a May 2020 Office Ladies podcast, Kinsey shared that she had spoken with Nancy about her experience playing Carol on the show.

Kinsey said she texted Nancy with a photo from the “Casino Night” episode, asking, “What do you remember about shooting these scenes?”

“And she said, ‘Oh, my gosh. Well, our kids were six and three. So I had very few functioning brain cells at that point,’” Kinsey shared. “And I said, ‘Well, Nancy, what was it like working with Steve?’ And she said, ‘I was so intimidated because he’s so good. I mean, he was really nice to me, of course. But I’ve sort of you know, I had retired and having our kids, that’s what I was doing. I was being a mom so I felt a little rusty. But it was so much fun.’”

Fischer confirmed that Steve was enamored by his wife if she came to the set. “Steve’s face would just light up every time she came to set, either if she was in a scene or if she was just coming by with the kids for a visit,” Fischer recalled. “I mean, his adoration of her was just… would go all across his face.”

“They just were the cutest of cutie-cutes as a couple,” she added.

Progressives get vicious with Joe Manchin because he has principles